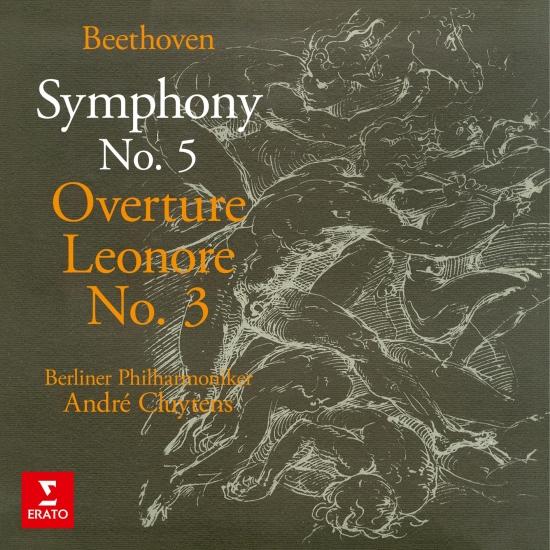 Andre Cluytens' 1957-1960 cycle of Beethoven symphonies was the first Beethoven cycle directed by a French conductor, but since the orchestra is the super-virtuoso, echt-Deutsch Berliner Philharmoniker, it's hard to say exactly what is French about these performances. The colors are carefully weighed and balanced, but they are still more German primary colors than French blended colors. The tempos are quick but not especially so, and though they are often impetuous, they are never reckless. Cluytens does not overly emphasize line over form, and although his conception of the scores is more nuanced than a German's might be, it is in no way too subtle. The usual distinctions between more reserved even-numbered symphonies and more aggressive odd-numbered symphonies hold less here than they might, but less so than in many readings by English and American conductors.
Cluytens is a generously talented, highly skilled conductor, and each work is superbly performed by the Berlin. But, while one can easily listen through with pleasure, and even return to each performance and hear new things every time, there are other, better Beethoven cycles out there, and Cluytens can't stand up to the competition as a top rank in the pantheon. EMI's early stereo sound is not perhaps as warm and rich as its later stereo sound, but it's still very impressive for its time.
Berliner Philharmoniker
Andre Cluytens, conductor
Digitally remastered