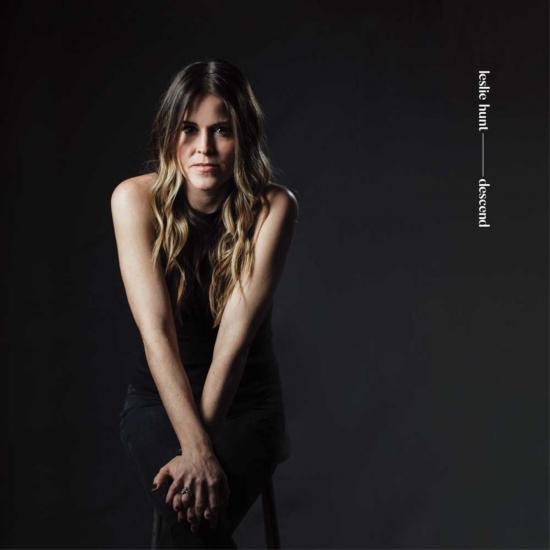 Contrary to the title, District 97 lead-singer and ex-American Idol finalist, Leslie Hunt continues her upward trajectory with 'Descend', her brand new solo seven-track EP.
"Descend" marks Part Two of a 2-EP set, and is the follow-up to "Ascend", which was released in June. Featuring another set of seven adeptly crafted songs, each one a testament to Leslie Hunt's progressively assured songwriting ability.
Where "Ascend's" seven tracks dealt with matters relating to the heart and soul, the songs on 'Descend' deal predominantly with freedom of the individual and their attempt to find a place within an increasingly complex and sometimes harsh society.
Leslie Hunt's eclectic range of influences move naturally among 'Descend's seven songs traversing an array of genres.
Leslie Hunt 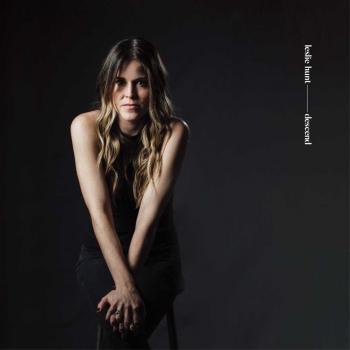 Leslie Hunt
began her life in the Chicago area, playing piano and singing at the age of four. Through the years, she has performed on many stages in many roles, and has been celebrated all throughout her development as a performer. While many will remember her from her all-too-brief stint on American Idol, where she made it to the top ten females, the singer/songwriter has since matured at an accelerated rate due to various personal and professional setbacks.
Leslie performs regularly as a solo artist, enchanting rooms large and small with nothing but a piano and her voice. She also has a full backing band for shows that are less intimate, yet still wholly riveting. Leslie has also signed on as a vocalist and songwriter for the progressive rock band District 97, sharing the spotlight with Chicago Symphony Orchestra cellist Katinka Klein.
Leslie Hunt is truly the most exciting, dynamic, talented young artist I have worked with in many years. She exhibits the command of her art as both a writer and singer that is hard to find in someone her age. (Rick Chudacoff, Producer)
Leslie has worked with numerous established talents, including drummer Vinnie Colaiuta (Frank Zappa, Joni Mitchell, Sting) and bassist Vail Johnson (Stevie Nicks, Herbie Hancock). But ultimately, what sets Leslie apart is that she straddles two extremes: a witty, bouncy pop artist in brightly colored dresses who is pitted against her darker self, a sensual, piano-crouched exhibitionist. Whether it is a cheerful, hook-heavy pop tune about love or a dark and insightful ballad of self-discovery, Leslie Hunt’s music is a window into a her soul for any listener willing to look.