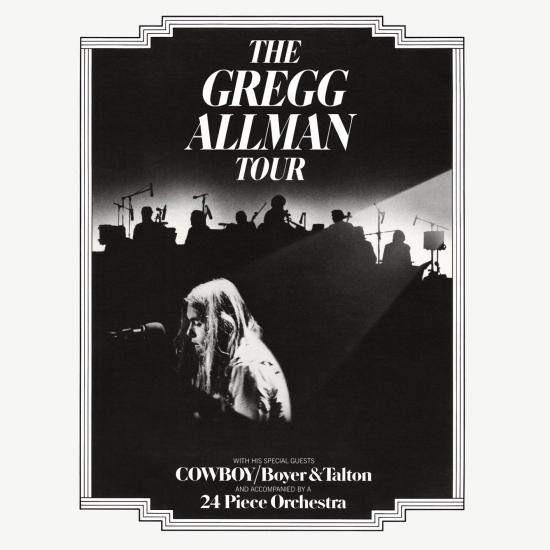 The Gregg Allman Tour is the first live album by Gregg Allman, released in 1974. It was recorded at Carnegie Hall and Capitol Theatre. It peaked at number 50 on the Billboard Pop Albums charts in 1974. It was originally released as a double LP.
For this concert, Allman was backed by the band Cowboy, who played two of their own songs. Cowboy was a Capricorn Records label-mate and was Duane Allman's favorite band. Several of its members had already backed Gregg Allman on his debut album the previous year.
"Gregg Allman's tour in support of his debut solo LP, Laid Back, led to the recording of this album (originally two LPs) at Carnegie Hall in New York and the Capitol Theatre in Passaic, NJ. It's a match for Laid Back in musical value and then some, with a good, wide range of repertory and great performances throughout by all concerned, plunging head-first and deep into blues, R&B, honky tonk, and gospel. Strangely enough, the album contains only three of Laid Back's songs -- "Don't Mess Up a Good Thing" opens the show in a properly spirited, earthy manner, but it's the second song, "Queen of Hearts," in a soaring rendition, with gorgeous backing by Annie Sutton, Erin Dickins, and Lynn Rubin, and superb sax work by Randall Bramblett and David Brown, that shows Allman in his glory as a singer and bandleader. Allman gives a lively, raucous, honky tonk-style rendition of the Elvis Presley hit "I Feel So Bad," complete with a killer guitar solo by Tommy Talton, and "Turn on Your Lovelight" gets an extended treatment worthy of the Allman Brothers Band. One would expect that, with Chuck Leavell and Jaimoe present in the band, there were be more similarity to the Allmans' sound, and that they'd be prominently featured, but Tommy Talton and bassist Kenny Tibbetts get more of a spotlight. Several Allman Brothers songs are present here, in more laid-back and lyrical versions, and the Capricorn Records band Cowboy -- essentially serving as the core of Allman's touring band -- gets a featured spot with two songs, "Time Will Take Us" and "Where Can You Go," that leave one wanting to hear a lot more concert material from them, and from Talton as a singer." (Bruce Eder, AMG)
Gregg Allman, lead vocals, organ
Tommy Talton, lead guitar, slide guitar
Scott Boyer, rhythm guitar
Bill Stewart, drums
Ken Tibbetts, electric bass
Chuck Leavell, piano and electric piano
Randall Bramblett, soprano saxophone, alto saxophone, C-Melody saxophone
David Brown, tenor saxophone
Harold "Bullets" Williams, baritone saxophone
Todd Logan, trumpet
Peter Eklund, trumpet
Annie Sutton, background vocals
Erin Dickins, background vocals
Lynn Rubin, background vocals
Digitally remastered 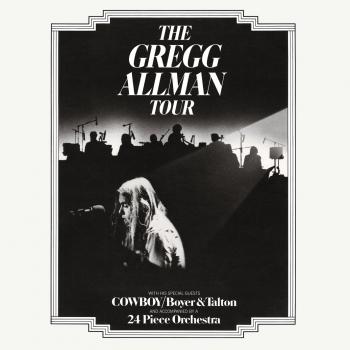 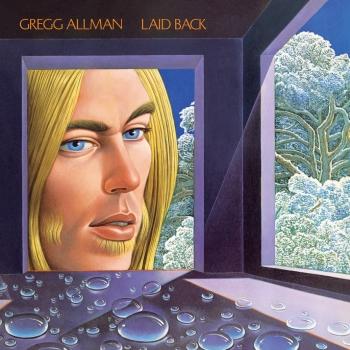 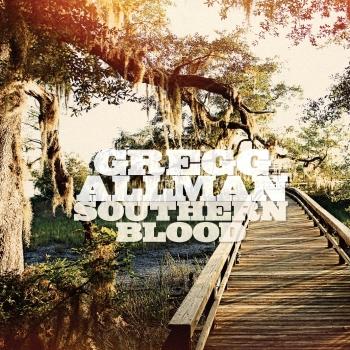