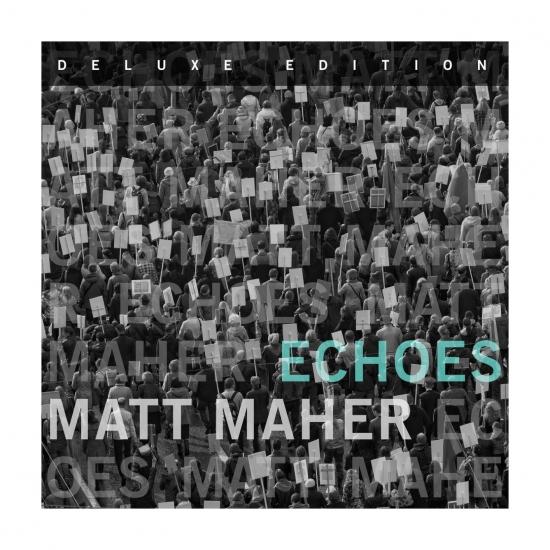 From the artist who brought you "Lord I Need You" and "Because He Lives (Amen)" comes this collection of all-new songs including the hit single, "Your Love Defends Me."
Known worldwide as one of the premiere worship leaders and songwriters, Matt Maher offers an encouraging and hopeful collection of all new material. Echoes features the lead single "Your Love Defends Me" plus "The Cross Forever Speaks," "Clean Heart," "As Good As It Gets," and others. Deluxe edition features six additional tracks, including the two-part title track, non-album cuts, and alternate takes.
Echoes, the newest studio record from Matt Maher (Essential/Sony) is a collection of declarations in the midst of dealing with human suffering. After writing most of the songs for the record, Maher lost his father, and “Echoes” took on a whole new personal dimension for the artist. “Worship music paints with broad strokes for large groups of people, that stem from intimate stories and experiences; the challenge, as a creator, is to somehow let the former come out of the latter.” In his own moment of loss, Maher found himself processing his grief from the truths and declarations in the new songs. “Jesus chose to respond to death by embracing it. By embracing it, He destroyed it. This record became, for me, my response to sin and suffering. I had to formulate my own echo. I had to decide if I was going to echo the message of the cross back to the world, or my own narrow view of suffering.”
The title “Echoes” comes from the idea of passing on what we’ve heard. As children, we learn how to communicate from what we see and hear. If ‘faith comes by hearing,’ (Romans 10:17) as St. Paul says, “then what we choose to echo back into the world from what we hear is vital.” Spiritually, it’s about how you transmit your faith back into the world. In modern society, people can become satisfied amplifying someone else’s ideas. We read a post or see an image and think, ‘Yes, that’s how I feel.’ But without true contemplation, it can ring hollow. “I believe the people who should be most mindful and most thoughtful about what they say and how they respond,” shares Maher, “are Christians. That is the main message of this album - asking the question, ‘How do we echo our faith?’"
Maher found his echo in the paschal mystery, or the Passion, death, and resurrection of Jesus - describing the cross as two opposing axis, the vertical and the horizontal. “There’s a duality in the two dimensions of the cross: that of God reaching down to humanity in the vertical, and God reconciling us with each other in the horizontal. Most people tend to fall into different camps, focusing on either the vertical or the horizontal, but not both.” For Maher, it was imperative for “Echoes” to showcase both perspectives, the underlying spirit of being understood in the heart of God and the worship that overflows from that security.
The record beautifully showcases the tension of worship in the midst of suffering while still being able to speak and sing of the glory of God. For all of its focus on the human condition of suffering, “Echoes” is not a sad record. “What A Friend,” Maher’s spin on the hymn “What A Friend We Have In Jesus” is an exuberant track filled with joyous hand claps and gang vocals just this side of a party. There’s joy weaved throughout, a joy that can only be found in knowing and being known. “I’m totally understood in the heart of God. He understands me. The more I know that God understands me, the less I need the world to.” You can hear Maher’s found freedom on tracks such as “Your Love Defends Me,” “Holy” and “As Good As It Gets,” where Maher writes about enough being all you need. “The phrase ‘as good as it gets’ can sometimes swing negative, but in this sense, it’s a picture of enough. God’s grace is enough.” It’s a running theme on “Echoes," marrying praise with suffering, adoration with sorrow, joy with loss.
Another compelling example of Maher’s interpretation of the concept of echoes are a number of long beloved hymns referenced throughout the record. “So many of the hymns that inspired these songs were written by people experiencing their own profound suffering. Also, I like stealing words from dead people,” Maher jokes. One such story is about the interminable classic, “Just As I Am.” Charlotte Elliot, the original hymn’s composer, wrote the famous words while experiencing a gigantic crisis of faith. Her spiritual director encouraged her to write poetry in response to her doubts. “One of the most popular hymns in the Baptist hymnal was written by a woman who was going through a deep, existential crisis about the existence of God,” Maher says. “That doesn’t sound like something from 1835, it sounds like something from 2017. She wrote those words, ‘just as I am, without one plea, but that your blood was shed for me,’ while experiencing painful doubt. You can’t separate her suffering from the truth of the song.”
Maher is no stranger to songs that connect to the heart of the human condition, having penned numerous No. 1 hits and performed around the world, including at an intimate meeting with Pope Francis earlier this year. With “Echoes,” he digs a bit deeper, exposing the raw nerve of love and loss and piercing it with truth.
Matt Maher, vocals, guitar, keyboards 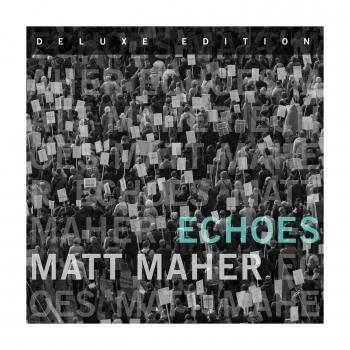 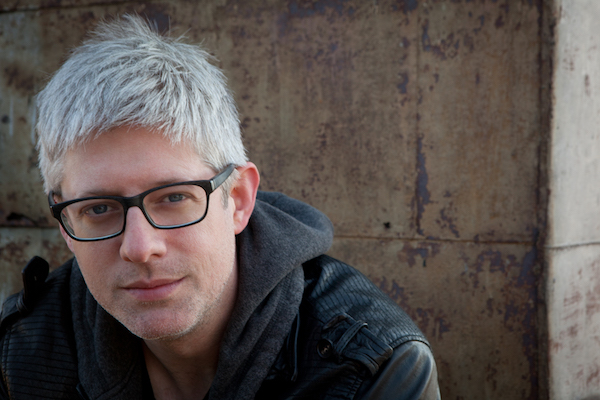