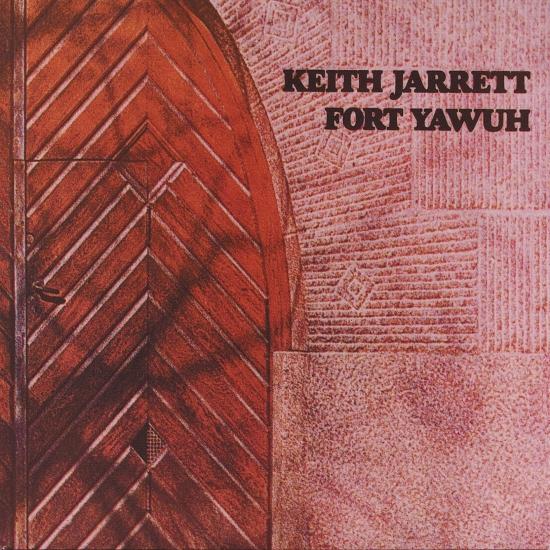 „On Fort Yawuh, Keith Jarrett is joined by Dewey Redman (tenor sax), Charlie Haden (bass), Paul Motian (drums), and Danny Johnson (percussion) to produce this set recorded live at the legendary Village Vanguard in New York City on February 24, 1973. About two minutes into 'Fort Yawuh,' Jarrett prepares the listener for a piano solo by announcing himself with quick and sharp keyboard jabs that evolve into spared and beautiful crescendos that before too long involve the soulful wails of Redman on the sax. The following song, 'De Drums,' is the one track that really swings on this album. Another long one, at 12 minutes in length, 'De Drums' is much more focused on a steady and consistent rhythm that is established immediately by a smooth five-note bassline accented by the piano and shakers. Although describable as smooth and cool, this song has a palpable energy perhaps due to the construction of the bassline whose pauses give an enjoyable sense of suspense. A little more than five minutes into this song there is a thematic shift that speeds up the tempo and makes this title swing even more while involving Redman's sax and Motian's drum kit. Half past the eight-minute mark the tempo settles back down to its original drawl, and the song finishes with a lazy bop that makes this the standout track on the album. Fans of Jarrett's avant-garde liberalism will find 'De Drums' to be the track most unlike the other four selections on this album. 'Still Life, Still Life' is more like a ballad in that it's very slow, but it still maintains the structural freedom featured in the 'Fort Yawuh,' '(If the) Mysfits (Wear It),' and 'Roads Traveled, Roads Veiled.' (Qa'id Jacobs, AMG)
'...The playing is both intimate and wild, with the leader's '60s-era, Ornette-inspired group injecting some funk, extra melody and extended vamps into all-Jarrett material.' (Down Beat)
Keith Jarrett, piano, soprano saxophone, tambourine
Dewey Redman, tenor saxophone, musette, clarinet
Charlie Haden, bass
Paul Motian, drums, percussion
Danny Johnson, percussion
Recorded live at the Village Vanguard, New York City on February 24, 1973
Recorded by Tony May
Produced by Ed Michel
Digitally remastered