Runnin' Out Of Fools Aretha Franklin 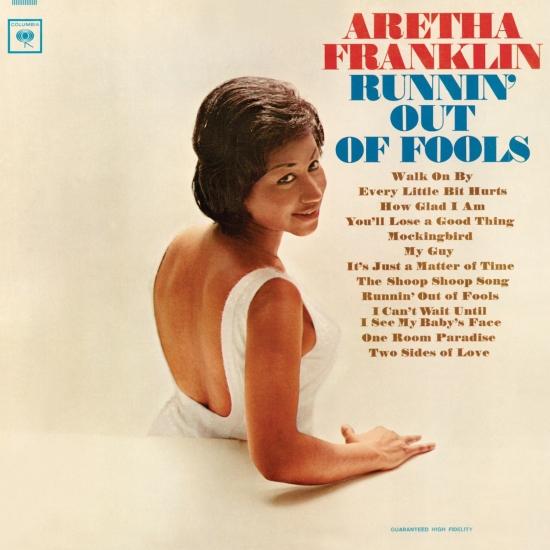 Info for Runnin' Out Of Fools

Runnin' Out of Fools is the seventh studio album by American singer Aretha Franklin. Runnin Out Of Fools is the birth of Aretha Franklin's soulful sound – a real change from the jazzier sound of her first two albums for Columbia, and a set that really shows some great sides of her talents! Arrangements are by Belford Hendricks, who creates an uptown-styled sort of sound – one that has fuller strings and a bit of backing vocals, but also a nice little groove at the bottom – territory that's somewhere between the country soul of the early 60s, and some of the tighter New York soul that was on the rise. Aretha's vocals are great – heartbreaking one minute, proud and righteous the next – and the album's proof that she was always a wonderful singer, no matter what the setting. Titles include 'Mockingbird', 'Walk On By', 'How Glad I Am', 'I Can't Wait Until I See My Baby's Face', 'Runnin' Out Of Fools', and 'One Room Paradise'.
Produced by Clyde Otis
Digitally remastered