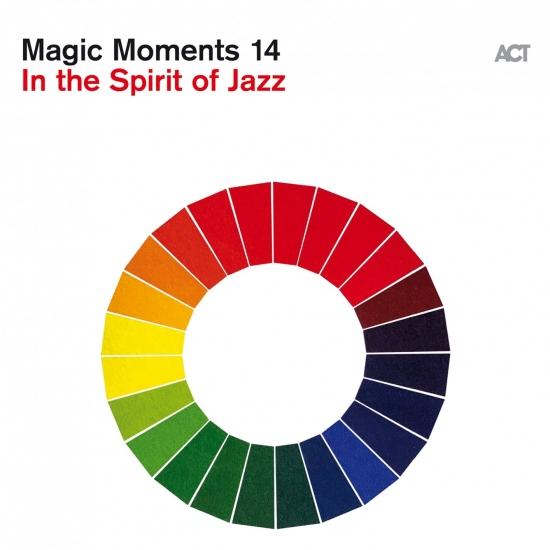 "More than any other art form, music touches people directly," is ACT founder Siggi Loch's credo. For nearly 30 years, the core of what the label does has been to find and to promote the artists who can inspire the mind, reach the heart and touch the soul, and who do so in ways that have a lasting impact. Perhaps this has never been more important than now in the time of the pandemic, when culture has been silenced, when people have felt emotionally isolated and – far too often – the only “reality” has been virtual.
With sixteen tracks from the current ACT release schedule, "Magic Moments 14" gathers together all of the power of "Music in the Spirit of Jazz", this world language beyond words which is understandable to everyone. It not only brings people together, it also moves and inspires them. ACT’s main mission is in the absolute foreground on this album: to be a discovery label.
ACT’s main focus has always been on European jazz, to document this art form growing and developing, to show it reflecting on its own musical traditions, linking them back to jazz’s American roots and thereby opening up new paths. So, in that spirit, "Magic Moments 14" begins with a "Canzon del fuego fatuo" from the remarkable young Spanish pianist Daniel Garcia. Here is a fascinating new voice from Spanish jazz, taking up the music of his homeland in a refreshingly new way. We also mark here the ACT debut of mesmerising Austrian actor Birgit Minichmayr. Here is a voice and a personality with charismatic presence, delivering a Shakespeare Sonnet in the grand manner, together with Quadro Nuevo’s versatile world music team and the early jazz specialist Bernd Lhotzky. Other examples of new shining stars in the European musical firmament are the French-Algerian cellist and singer Nesrine and Austrian pianist David Helbock’s new trio.
This focus on new and recent arrivals at the label does not mean neglecting the artists who have been with ACT since the beginning and who have made it the leading label for Swedish jazz: trombonist Nils Landgren contributes a new humdinger from his Funk Unit, a band which has been giving soul jazz a European face for over twenty-five years.
Bassist/composer Lars Danielsson again celebrates the combination of classical music, jazz and Nordic sound with "Cloudland" from his new Liberetto album. Ida Sand continues the tradition of Scandinavian singers who enrich the world's songbook with their pop "in the spirit of jazz". And for the final track, Jan Lundgren and Lars Danielsson, together with Emile Parisien, the French musician who has single-handedly redefined the soprano saxophone, show us European art music with a Swedish accent at its most communicative and inspired.
Last but not least, ACT was one of the first important labels to promote contemporary German jazz. There are more German artists on "Magic Moments 14" than ever before, demonstrating this important strand: violinist Florian Willeitner from Passau; guitarist Philipp Schiepek who has made a meteoric rise in the South German scene; the feisty attitude of KUU! led by singer Jelena Kuljic – like Minichmayr also primarily known for her acting and stagecraft; the Jazzrausch Bigband, whose techno jazz is attracting attention worldwide; and two rising stars who are currently harvesting all of the major awards, Johanna Summer and Vincent Meissner.
Summer and Meissner - like Garcia, Lundgren and Helbock - also stand for the special place ACT has always found for the best pianists in Europe. Thus it is two German pianists of major international significance who complete the offering on "Magic Moments 14": 77-year-old Joachim Kühn is still utterly driven and a major force; his heir apparent Michael Wollny can also be heard here in his new all-star quartet with Emile Parisien, Tim Lefebvre and Christian Lillinger. The drummer was a multiple award-winner at the new German Jazz Prize, including one for KUU!.
"Magic Moments 14" is a quintessence of the many directions which genre-crossing, innovative jazz is currently taking. These difficult times need remedies that are both energising and emotionally affecting: here are musicians who unfailingly show us the value and importance of trust and dialogue.
Curated by Siggi Loch 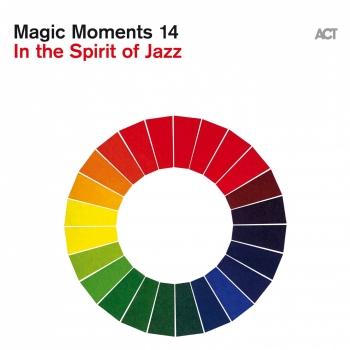