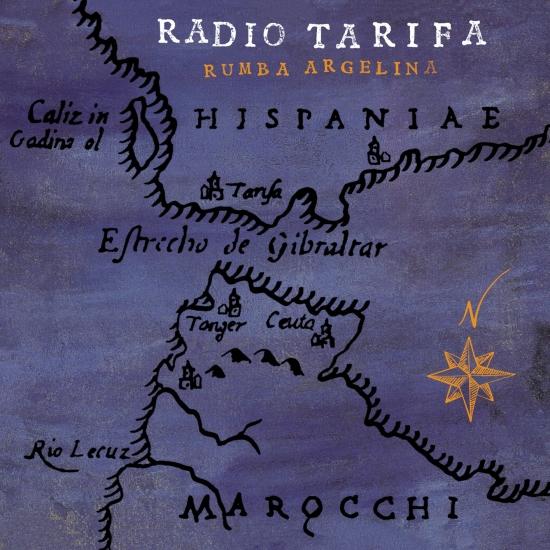 This work is the sum of deeply-felt musical traditions. A great part of it is based on a language which has evolved over the last few years from the meeting of three musicians: Benjamín Escoriza, Vincent Molino and myself. We call this language "Radio Tarifa". It has elements of medieval music (resulting from research work carried out by the group Ars Antiqua Musicalis), Arabic music, Flamenco and other styles; and added to this, the definitive contribution of participating musicians and the producer Juan A. Arteche... (Faín S. Dueñas)
"The concept of this debut album from Spain's leading roots ensemble is that you are listening to a radio broadcast in Tarifa, Spain's southernmost point, so that you might hear a mixture of sounds from Spain and North Africa. And indeed fuzzy, distant radio sounds introduce one song and close the album. The album features an incredible variety of instruments, including among many others: guitar, tar (Persian lute), buzuki (Greek mandolin), derbouka (North African clay drum), ney (Arabic flute), crumhorn (a loud, buzzing Medieval wind instrument), and the Indian harmonium. The group is not shy about including modern popular instruments like soprano and tenor saxophone, electric organ, and electric bass. The album features almost as many styles as it does instruments, yet they tend to come together as one new style, rather than sounding like a musical salad. The album starts off with the title track, a smooth mix of rumba and flamenco. "Oye, China" is a love lament that plays the layered clip-clop rhythm of the plucked instruments off the more continuous sounds of the accordion and the breathy nsuri (Indian bamboo flute). "Lamma bada" is a straight reading of one of the most oft-played tunes of the Arab world, using Radio Tarifa's favored instruments, retaining the song's modal structure (i.e., all the instruments, even the bass, playing the same line at once). One song later in the album stands out from all the rest. It is an adaptation of a song by a Medieval troubadour named Walter von der Vogelweide originally called "Nu Alrest Lebe Ich Mir Werde," but which Radio Tarifa simply calls "Nu Alrest." Dominated by the crumhorns and the melancholy tenor of Javier Raibal, "Nu Alrest" carries a potent charge of fantasy and sadness, conjuring images of crossing the desert alone on camel. It is imagination like this that makes Rumba Argelina one of the most important world music albums of the 1990s." (Kurt Keefner, AMG)
Benjamin Escoriza, vocals
Fain Sanchez Dueñas, darbuka, plato, backing vocals
Vincent Molino, ney, crumhorn, poitou oboe
Digitally remastered
Please Note: We offer this album in its native sampling rate of 48kHz, 24-bit. The provided 96 kHz version was up-sampled and offers no audible value! Hence, we don't offer the MQA version as well! 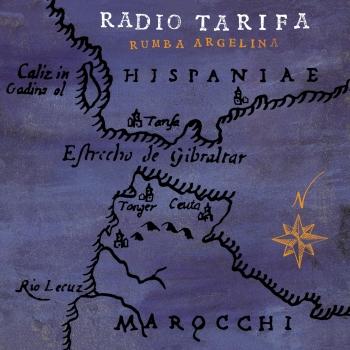 RADIO TARIFA
The name RADIO TARIFA is an explicit reference to the type of musical wave that the group wants its listeners to catch - Cape Tarifa is the point of Spain which is closest to Africa. According to the group : "Tarifa is a frontier town, a no-man´s land and, above all, the Mediterranean´s balcony". RADIO TARIFA´s world is one of Iberian musical styles (flamenco, Arab-Andalucian, medieval and Castillian) where unfolding melodies and an enriched rhythmic base permit continued dialogue between the percussive instruments, wood and string sections, and voice.
Distancing itself from all forms of musical purism in their choice of timbres and treatment of melodies, the group mixes arrangements of traditional compositions with their own original works. They use instruments which were played in Ancient Egypt (ney : a cane flute), and others from classical Greek and Roman times (Mediterranean instruments such as the wooden oboe or harmonium), combining them with modern instruments like the saxophone or electric bass guitar. The resultant music is both familiar and exotic.
Since the release of "Rumba Argelina", they have played in hundreds of concerts and each time RADIO TARIFA plays, they leave their audience hypnotized by their richness of rhythms and melodies. Apart from performing regularly in Spain, RADIO TARIFA plays abroad and audiences in the following countries have had the chance to enjoy their music : Germany, Italy, France, United Kingdom, Ireland, Belgium, Switzerland, Holland, Portugal, Sweden, Finland, Norway, Denmark, Luxembourg, Hungary, Eslovenia, Austria, Greece, Turkey, Morocco, ,Egypt, Palestine, Australia, New Zealand, Brasil, Colombia, Mexico, Canada and United States.