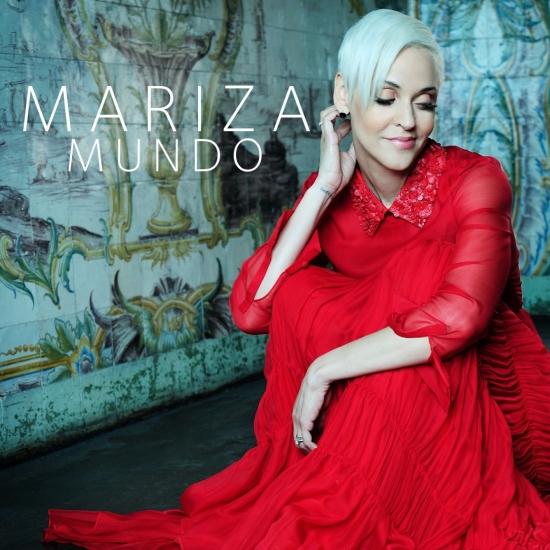 For many of those outside of Portugal their introduction to the deep and complex musical genre known as Fado was through Mariza whose musical career has marked her out as the most successful and widest-reaching of any Fado singer since the late Amália Rodrigues. In the 14 years since her debut album she has travelled the world performing at some of the most prestigious venues, performing with some of the biggest names, supported by some of the most well known orchestras while her records have gone on to sell over one million copies worldwide attracting over 30 Platinum awards.
That envious track record has kept her fans keen for more and now the wait is nearly over with the announcement that she is to release her sixth studio recording and her first of entirely new material in five years. The album called Mundo (World) is in many ways a reflection of the journey she has been on and, from reading the press release, a new beginning. Throughout the press release are hints about its diverse and contemporary approach… “because Fado is always in Mariza’s voice, it’s always there even when it doesn’t conform to its traditional image….Mariza’s Fado is a different, adventurous Fado that expands beyond the Portuguese borders in search of a new cosmopolitan identity. A new beginning, if you like…”
Many of the songs featured on Mundo were written specifically for Mariza’s voice. Among the exceptions are a cover version of a 1930 tango originally sung by Carlos Gardel; one Fado made famous by Amália Rodrigues and another created by the legendary Alfredo Marceneiro; and a Cape Verdian “morna”.
That ‘new cosmopolitan identity’ she seeks to build in Mundo will unravel like “a travelogue, a diary, a record of a journey, from Cape Verde to Spain, from Argentina to Portugal….a world that has grown in the past five years, enriched by new landscapes, new places, new people, new influences.”
The new album is a more modern-sounding fado record in contrast to her last one in 2010, “Fado Tradicional”. Some of the songs on the new album are in Spanish which, she admitted, were not as easy to sing as you may guess. The Spanish language is a much harder, edgier language than the Portuguese.
The beautiful “Caprichosa” for example originated from a listening session in the middle of the night. Mariza was looking for a Tango that speaks about Portugal and had a Portuguese story to it. “Sem Ti”, another heartbreakingly beautiful moment on the record, was composed by Miguel Gameiro who wrote a song a few years ago for Mariza’s new-born son. And the sensual “Alma” is a song where she had difficulties at first to understand the melody. The result is another sweet and melancholic little ditty, staying true to the fado tradition, but giving it this one little extra edge. The guitar-driven music on “Mundo” and Mariza‘s dramatic performance all add to a very special set of songs here.
Mariza also recorded a classic fado on her new album; “Maldicao”, written by Alfredo Marceneiro and Armando Vieira Pinto, had been recorded by one of the most, if not the most, important interpreters of this genre, the queen of fado, Amália Rodrigues. Mariza easily picks up on this one and she’s walking in Amália’s footsteps.
Mariza, vocals
José Manuel Neto, guitar
Pedro Jóia, acoustic guitar
Charlie Mendes, acoustic bass guitar
Alfonso Pérez, piano, keyboards
Israel Suárez “Piraña”, drums, percussion
Joel Pina, acoustic bass
Rui Veloso, piano
Javier Limón, flamenco guitar
Carlos Leitão, viola
Produced by Javier Limón 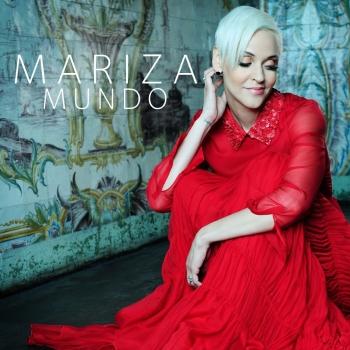 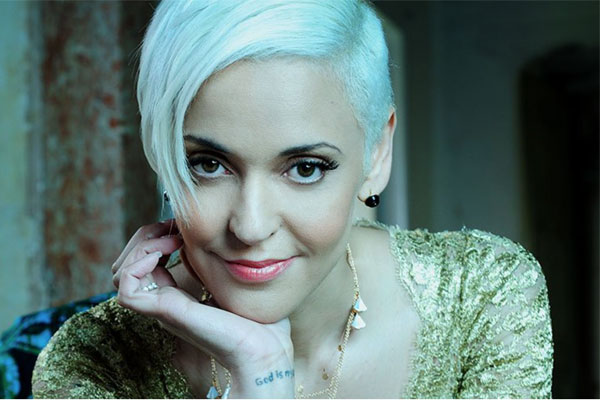