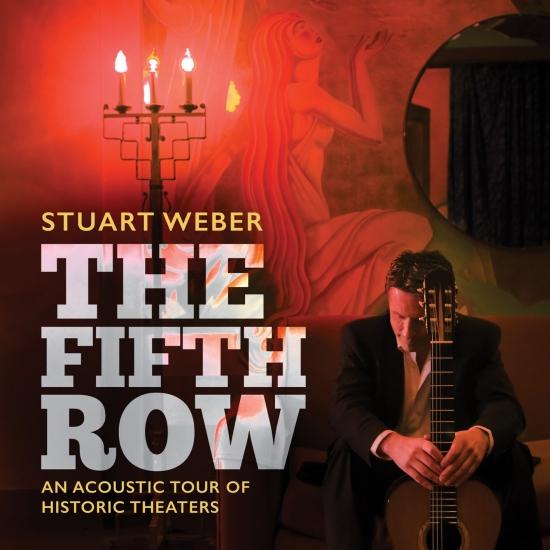 The Fifth Row: An Acoustic tour of Historic Theaters. Many old theaters I have played in across the country share a remarkably common story; they have been saved from the wrecking ball by a few volunteers dedicated to preservation, and to bringing live entertainment back to their community.
As compelling a story as that is, my interest in these historic theaters was to discover what unique qualities they may offer as a recording space. I learned long ago that focusing on the sound coming off the guitar is not as important as listening to the room in which the guitar is being played. We may perform from stage, but our ears have to be in the house. The Fifth Row to be precise. Inherent in each theater is a unique sound quality, an acoustic fingerprint that, with careful microphone placement can itself be captured and preserved.
The eleven theaters included on this recording are in various degrees of revival. Some have undergone exquisite restoration, while others are waiting and searching for the financial means to pay for the expensive renovations. Their architectural styles vary as well, from 17th century European to Art Deco, from Egyptian to Swiss Chalet. Some are grand, some are humble, and all have a story to tell.
I limited my geographic scope to a five state area in the Rocky Mountain region. Here, the explosive growth of the late 19th century and early 20th century saw a crop of Opera houses spring up to cash in on citizens far removed from the cultural amenities of the Eastern states. In the “boom” half of the familiar cycle, these gems were the real gold mines. Unfortunately most of these original houses are gone, many to fire, others to neglect and economic despair.
A second surge of theater construction in the 1920’s was in direct response to the burgeoning movie craze. These palaces were often intended for multi use, able to accommodate the talkies, but also equipped with deep stages and towering flies to hoist sets for plays and musicals that traveled through town.
Another factor in my choosing the theaters of the Northern Rockies was purely logistical. I live in Montana, and location recordings require a considerable amount of equipment, which meant driving. The long distances between these theaters gave me plenty of time to think. I was crossing the same ground that vaudeville acts of 125 years ago traveled as they toured the mining town circuit. The similarities don’t go much beyond that, since I am speeding down a modern highway in my air-conditioned Grand Cherokee listening to a mix in surround sound. Yet there is a connection. My art is my work.
The process was relatively simple. After setting mics and levels in the late afternoon I ate an early dinner, drew my curtains closed in the hotel and was in bed by 7:00. Up at midnight, I began pacing myself so that by 3:00am, when the recording light went on, I would be playing my best. I am not a night person by nature, but I discovered early on in this project that, while theaters may have been designed with acoustic excellence in mind, they were built long before the rumble of heavy truck traffic and the drone of modern society penetrated their walls. If my recording was going to succeed, it would have to be while the town slept. I worked alone, theater locked, and all the lights off except for a floor lamp next to me on stage that I could guarantee was quiet. Virtually every theater manager warned me of spirits that roamed the balconies and projection rooms, but I had no such encounters. In the dead of the night I pushed myself hard, through take after take, searching for my best. If their existence were a reality they left me alone, assuming I had my hands full wrestling with my own demons, seeking perfection. The truth is I loved working in those spaces.
Stuart Weber, classical guitar 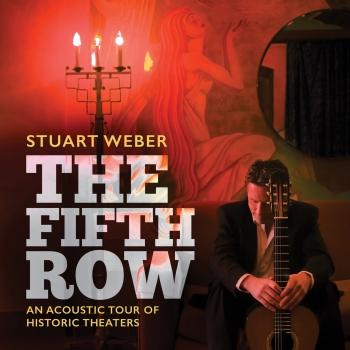 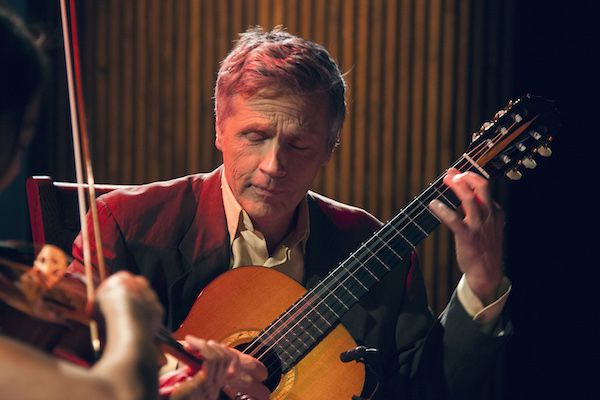 Stuart Weber
is a fourth generation Montana native whose passion for the land equals his passion for the guitar. He is among a new breed of classical guitarist, one of today’s prophetic players shaping the future of the instrument. He performs the classics with uncompromising virtuosity while his original pieces interpret the natural environment with melodic inspiration and sensitivity. Honing his craft of guitar playing in relative isolation has produced a uniquely talented artist. Although his history with the guitar began at age eleven, he had no formal training until his apprenticeship with the legendary Christopher Parkening. In this fertile setting, Weber quickly developed classical sensibilities and techniques that would help define his individual style of guitar playing.
In addition to bringing to the concert stage guitar performances of traditional classical compositions including selections by Bach, Dvorak and Bartok, Stuart Weber’s ability to draw out the unique character of the West in his original compositions has earned him a reputation as an artist of musical landscapes. His musical creations like The Gallatin Jig, The Missouri Breaks and Red, White and Yellowstone reflect the relationship between artist and nature. The Denver Post praised Weber as "a Western original". He has been featured in several publications including Acoustic Guitar Magazine and The Christian Science Monitor.