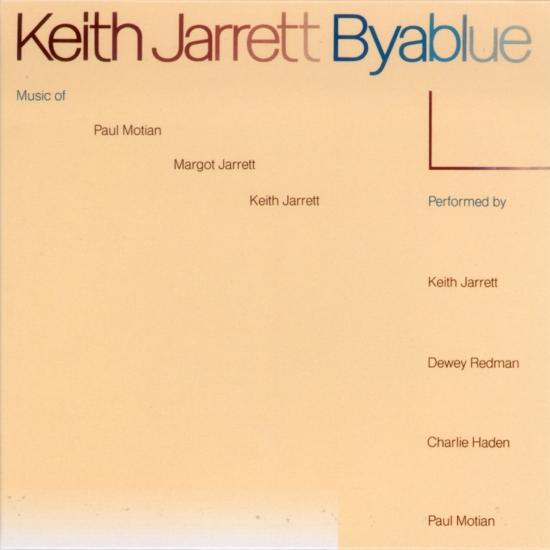 „Amidst rumored tension within the band, Keith Jarrett's 'American' Quartet met for one last marathon recording date before disbanding, and Impulse made the most of it by spreading the music out over two separate releases. From the evidence of this, the first and slightly superior LP, the band certainly doesn't sound as if it was ready to break up; the interplay has become telepathic, the musical ideas are still fresh and there is a willingness to experiment. 'Rainbow,' credited to Margot Jarrett, is top-flight lyrical Keith, while 'Trieste' evokes the mood and some of the language of spiritual Coltrane Byablue songs. There is adventure, too; with Dewey Redman and Jarrett wailing on tenor and soprano respectively, 'Konya' sounds almost like a muezzin call to prayer, and 'Yahllah' is a rare, brave, moving merger of jazz and the Middle East. Highly recommended.“ (Richard S Byablue, AMG)
Keith Jarrett, piano, soprano saxophone, percussion
Dewey Redman, tenor saxophone, musette
Charlie Haden, bass
Paul Motian, drums, percussion
Recorded October, 1976 at Generation Sound Studios, NYC
Engineered by Tony May
Mixed at The Burbank Studios, Burbank, CA
Mastered at Kendrun Recorders, Burbank, CA
Produced by Esmond Edwards
Digitally remastered