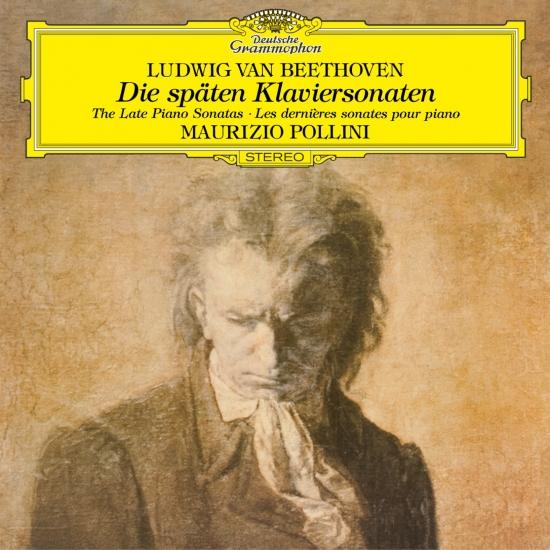 „Because Beethoven's late piano sonatas are universally revered, performances of these works often invite passionate disagreements about the proper way to interpret them. Such was the case with Maurizio Pollini's recordings (1975-1977), and the controversy surrounding them has never fully abated. While these performances are polished to an extent seldom realized on other recordings, it was this pristine quality itself that invited criticism. Pollini was alleged to have objectified the music and detached himself emotionally from his performances, leaving only cold, analytical readings without a trace of feeling. In defense, it should be pointed out that many previous performances were overly burdened with Romantic interpretations and pretensions, and that Pollini performed a great service by presenting the sonatas in as accurate and clean a manner as possible, without grandiose effects. His performances are astonishingly lucid and flowing, especially in the many contrapuntal passages that regularly appear as features of these works. The last five sonatas are admirably served by Pollini's control and precision, and whatever doubts are held about his emotional involvement may be dismissed when the slow movements of Opp. 109 and 111 are heard. These are sublime performances with a high level of immediacy and skill and are strongly recommended.“ (Blair Sanderson, AMG)
„ . . magisterial performances . . .“ (BBC Music Magazine, London)
„Maurizio Pollini's Gramophone Award-winning late Beethoven [is] fairly indispensable and should prove popular with discerning collectors who seek 'classic' mid-price recordings of this repertoire.“ (Robert Cowan, Gramophone, London)
Maurizio Pollini, piano