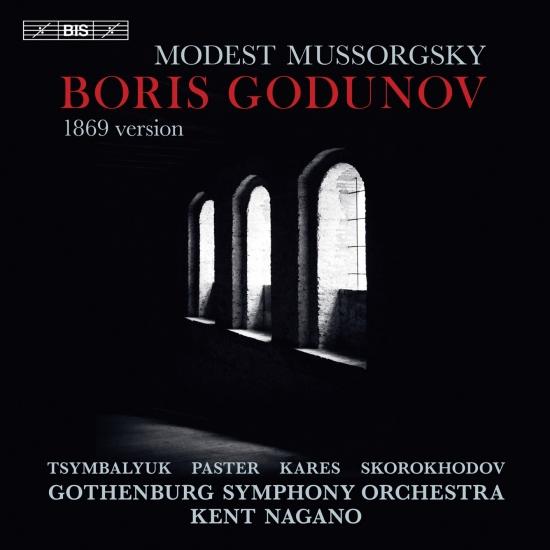 Modest Mussorgsky’s Boris Godunov stands out among the major works of the opera repertoire in having an extremely complex creative history. The original libretto, by the composer himself, was based closely on Pushkin’s Shakespeare-inspired drama about the ill-fated Russian ruler. Mussorgsky completed the score in 1869, and submitted it to the committees of the Imperial Theatres. It was rejected, however, primarily because of the lack of a female lead and therefore a love interest, but Mussorgsky’s unadorned style has also been mentioned as a reason. In 1871 the composer therefore reworked the opera extensively, adding new scenes – and a female principal in the form of the Polish princess Marina Mniszek – and changing the overall structure from seven scenes into a prologue and four acts. The revised Boris was completed in 1872, and two years later it was finally performed in St Petersburg, while the Moscow audience had to wait until 1888, seven years after the death of its composer. In order to promote the work, Mussorgsky’s colleague and friend Rimsky-Korsakov undertook to revise the work, making the orchestration more traditional and colorful and softening a number of harsh harmonies. It was the Rimsky-Korsakov version that took the opera out of Russia and without it, the opera would not be as widely known as it is today. In recent times, however, several opera houses have begun performing the more abrasive original version from 1869, and it is this ‘Ur-Boris’ that has been recorded here. It is performed by the Gothenburg Symphony Orchestra under its principal guest conductor, Kent Nagano. They are joined by a cast of mainly Russian vocal soloists, headed by Alexander Tsymbalyuk as Boris, a role he performed under Nagano already in 2013 at the Bayerische Staatsoper. In the opera, as in Pushkin’s drama, the Russian people plays a hugely important role – here performed by the Göteborg Opera Chorus. 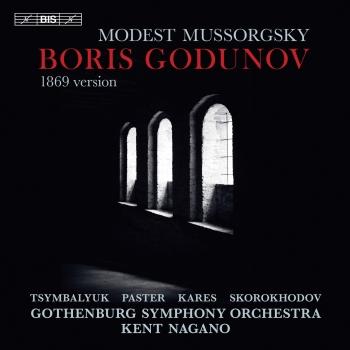 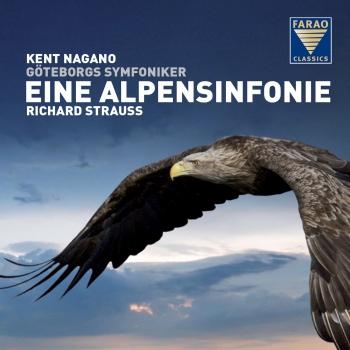 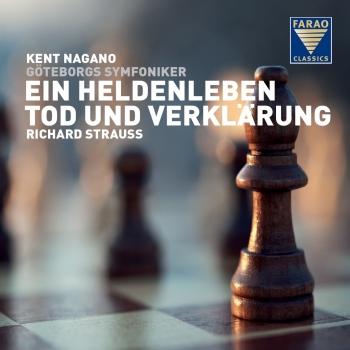 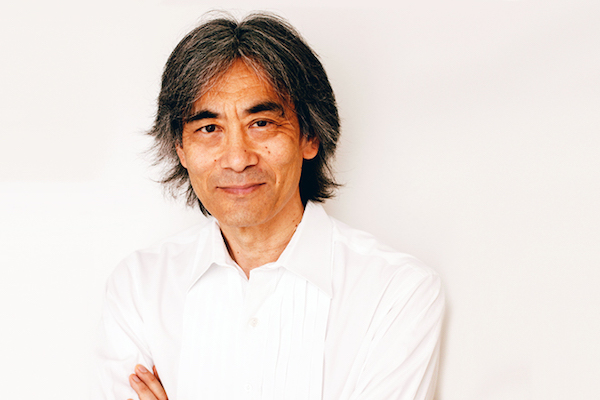 Kent Nagano
is renowned for interpretations of clarity, elegance and intelligence. He is equally at home in music of the classical, romantic and contemporary eras, introducing concert and opera audiences throughout the world to new and rediscovered music and offering fresh insights into established repertoire. Since September 2006 he has been Music Director of Orchestre symphonique de Montréal and became Artistic Advisor and Principal Guest Conductor of Gothenburg Symphony in 2013. In September 2015, Kent Nagano takes up the position of General Music Director of the Hamburg State Opera and Philharmonic Orchestra. At the Hamburg State Opera he will start his first season with the premiere of Berlioz‘ Les Troyens, the world premiere of Toshio Hosokawas Stilles Meer and also Messiaen’s symphony Turangalîla choreographed by John Neumeier.
At the Bayerische Staatsoper, where he was General Music Director from 2006 – 2013, he commissioned new operas from Jörg Widmann Babylon, Wolfgang Rihm Das Gehege and Unsuk Chin Alice in Wonderland and new productions there have included Mussorgsky’s Boris Godunov and Khovanshchina, Idomeneo, Eugene Onegin, Ariadne auf Naxos, Die Schweigsame Frau, Les Dialogues des Carmélites, St François d’Assise, Wozzeck, George Benjamin’s Written on Skin and Der Ring des Nibelungen. With the Bayerisches Staatsorchester Nagano has toured throughout Europe and in Japan and together they have recorded Bruckner Symphonies No. 4, 7 and 8.
In September 2011, Kent Nagano and the Orchestre symphonique de Montréal inaugurated their new concert hall La Maison Symphonique. Highlights with the orchestra include the complete cycles of Beethoven and Mahler symphonies, Schoenberg’s Gurrelieder, concert versions of Wagner’s Tannhäuser, Tristan und Isolde, Das Rheingold, Honegger’s Jeanne d’Arc au Bûcher, Messiaen’s Saint François d’Assise, and concert series featuring the works of Dutilleux (2010-2011) and Boulez (2011-2012). Nagano has taken the orchestra on a coast-to-coast tour of Canada and also to Japan, South Korea, Europe and South America. Their recordings together include the Juno award winning album “Ideals of the French Revolution” with Beethoven’s Symphony No. 5, Mahler’s Das Lied von der Erde and Beethoven’s Piano Concertos Nos. 4 & 5, as part of a recording of all the Symphonies by Beethoven. The Symphonies No. 3, 6, 8 & 9 have also been released by Sony Classical/Analekta.
As a much sought after guest conductor, Nagano has worked with most of the world’s finest orchestras including the Vienna, Berlin and New York Philharmonics, Chicago Symphony, Dresden Staatskapelle and Leipzig Gewandhaus. He has an ongoing relationship with Sony Classical and has also recorded for Erato, Teldec, Pentatone and Deutsche Grammophon as well as Harmonia Mundi, winning Grammy awards for his recordings of Busoni’s Doktor Faust with Opéra National de Lyon, Peter and the Wolf with the Russian National Orchestra and Saariaho’s L’amour de Loin with the Deutsches Symphonieorchester Berlin.
A very important period in Nagano’s career was his time as Artistic Director and Chief Conductor of the Deutsches Symphonie-Orchester Berlin, from 2000-2006. He performed Schönberg’s Moses und Aron with the orchestra (in collaboration with Los Angeles Opera), and took them to the Salzburg Festival to perform both Zemlinsky’s Der König Kandaules and Schreker’s Die Gezeichneten, as well as to the Festspielhaus Baden-Baden with Parsifal and Lohengrin in productions by Nikolaus Lehnhoff. Recordings with the Deutsches Symphonie-Orchester Berlin for Harmonia Mundi include repertoire as diverse as Bernstein’s Mass, Bruckner’s Symphonies Nos. 3 & 6, Beethoven’s Christus am Ölberge, Wolf Lieder, Mahler’s Symphony No. 8 and Schönberg’s Die Jakobsleiter and Friede auf Erden, as well as Brahms’s Symphony No. 4 and Schönberg’s Variationen für Orchester Op. 31. In June 2006, at the end of his tenure with the orchestra, Kent Nagano was given the title Honorary Conductor by members of the orchestra, only the second recipient of this honour in their 60-year history.
Kent Nagano became the first Music Director of Los Angeles Opera in 2003 having already held the position of Principal Conductor for two years. His work in other opera houses has included Shostakovich’s The Nose (Staatsoper Berlin), Rimsky Korsakov’s The Golden Cockerel (Châtelet, Paris), Hindemith’s Cardillac (Opéra national de Paris), Dialogues des Carmélites (Metropolitan Opera) and at the Salzburg Festival Les Contes d’Hoffmann, Zemlinsky’s Der Koenig Kandaules, Schreker’s Die Gezeichneten and the world premiere of Saariaho’s L’amour de loin. Other world premieres include Bernstein’s A White House Cantata and operas by Peter Eötvös (Three Sisters), and John Adams (The Death of Klinghoffer and El Niño).
Born in California, Nagano maintains close connections with his home state and was Music Director of the Berkeley Symphony Orchestra from 1978-2008. His early professional years were spent in Boston, working in the opera house and as assistant conductor to Seiji Ozawa at the Boston Symphony Orchestra. He played a key role in the world premiere of Messiaen’s opera Saint François d’Assise at the request of the composer, who became a mentor and bequeathed his piano to the conductor. Nagano’s success in America led to European appointments: Music Director of Opéra National de Lyon (1988-1998) and Music Director of the Hallé Orchestra (1991-2000).