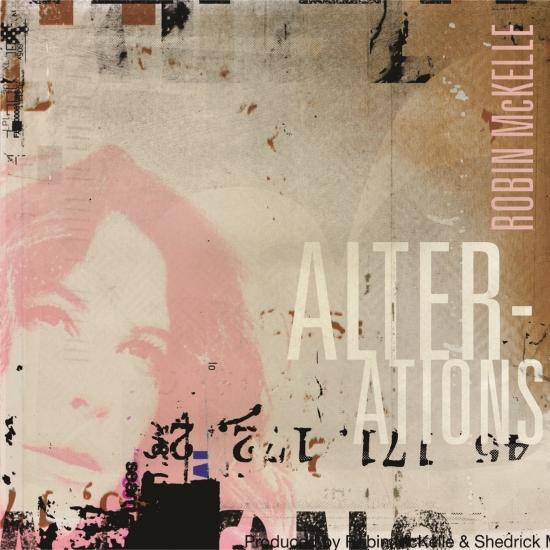 Robin McKelle releases her new album "Alterations". Vocalist Robin McKelle delves into the catalogue of some of the most celebrated women of song, interpreting these masterworks through the lens of the jazz idiom. On Alterations, McKelle follows in a long tradition of female song interpreters, lending her sultry vocal stylings to classics by a diverse list of female innovators including Dolly Parton, Sade, Amy Winehouse, Adele, Janis Joplin, Carol King, Billie Holiday, Joni Mitchell, and Lana Del Ray. McKelle is joined on this release by a group of consummate musicians including co-producer, pianist and arranger Shedrick Mitchell, acoustic and electric bassist Richie Goods, drummer Charles Haynes, guitarist Nir Felder. In addition, esteemed saxophonist Keith Loftis is featured on McKelle’s sole original composition on this release, “Head High”; and renowned trumpeter Marquis Hill is featured on Lana Del Rey’s “Born to Die”.
In the making of the album, most of McKelle’s vocal tracks used on this final recording were takes she sang live with the band. On the recording process, McKelle notes “The energy and connection with the musicians was so powerful. They lifted me up and made it feel effortless. I’ve never felt so confident in the studio.” The energy and connection of the album overall is palpable; stunning interplay is displayed throughout each track. Shedrick Mitchell was responsible for translating McKelle’s visions for each of these tracks into arrangements for this prodigious grouping of musicians to perform. McKelle notes “Mitchell really understood my vision and did a fabulous job helping to make the arrangements come alive. We fused jazz, soul, r&b, blues and rock all while keeping a continuity in the music.”
The album begins with McKelle’s re-imagining of Winehouse’s “Back to Black”. A gentle latin rhythm drives this track forward; Mckelle’s voice soars over Mitchell’s masterful accompaniment. The album continues with McKelle’s soulful take on Adele’s “Rolling in the Deep”, the band uses this song as a vehicle to explore the reflective lyrics with a wonderful, moody reharmonization. Guitarist Nir Felder takes a stellar solo over these changes. The album proceeds with McKelle’s original composition “Head High”, the artist’s tribute to the female singers and writers who came before her. “It’s about the power that the female singer has. To move people with her lyric and song. To be fearless. To touch people’s emotions. To make change” notes McKelle. Consummate saxophonist Keith Loftis is featured on this track.
McKelle’s delivers a spirited, bluesy rendition of Dolly Parton’s classic “Jolene”, a celebration of the lyrics in a decidedly different context than the original 1974 release by Parton which earned her a GRAMMY® for Best Female Country Vocal Performance. “No Ordinary Love” is McKelle’s rendition of Sade’s classic R&B composition. McKelle’s fiery latin-tinged arrangement of this song emphasizes the ensemble’s fantastic sense of dynamics and interplay. McKelle’s voice ignites the track and is met with an impassioned solo from Felder. The album ends with a duo performance of Carole King’s classic “You’ve Got a Friend”. McKelle and Mitchell converse over King’s lyrics, delivering the song’s tenderness with her signature warmth and strength.
The songs on Alterations are diverse in tone and mood. The desperation of Del Ray’s “Born to Die”; The exuberance of Parton’s “Jolene”. McKelle transitions seamlessly between the emotions of every song. And makes each one her own. To McKelle, alteration is all. As the artist notes “when you create change, you create space for something to shift in the world and in yourself. As an artist. And as a human. And that is a change for the good.”
Robin McKelle, vocals
Mike King, keyboards
Rashaan Carter, bass
Adam Jackson, drums 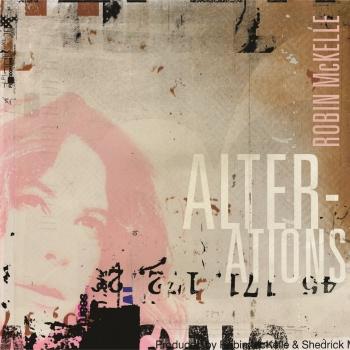 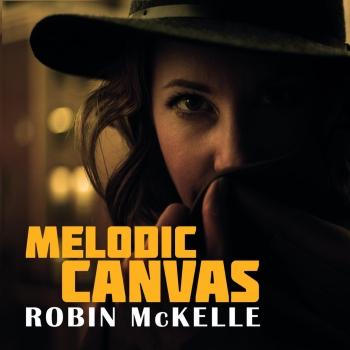