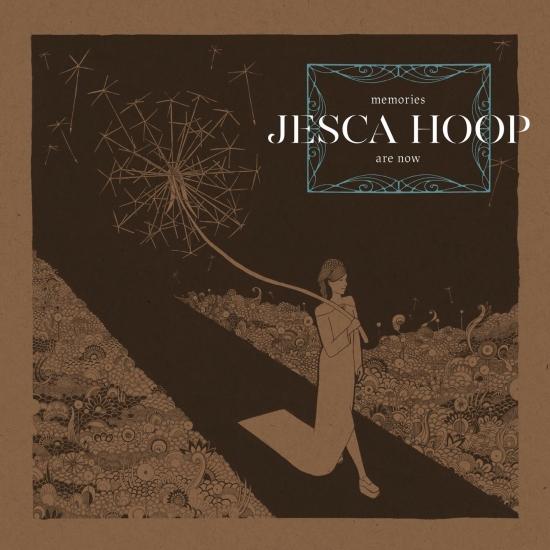 Info for Memories Are Now

Jesca Hoop's album Memories Are Now wastes no time in making clear its confidence, confrontation, and craftsmanship. The stark and reverberant title track opens the album with "a fighting spirit," says Hoop, serving as an anthem to push through any obstacle and put forth your very best work. And she has unequivocally done that here, with an album of stunningly original songs--minimalist yet brimming with energy, emerging from a wealth of life experience, great emotional depth, and years of honing the craft of singing. As riveting as it is reflective, the album, produced by Blake Mills (Fiona Apple, Alabama Shakes), is a fresh debut of sorts for Hoop, as the first of her solo records made outside of Tony Berg's Zeitgeist Studios where she and Mills were mentored. Says Hoop, "Blake is so utterly musical and emotionally intelligent in his expression. I wanted to see what we could do, just he and I out from under Tony's wing." Mills pushed her to strip away layers, keeping it as close to the live experience as possible, using whole live takes and working very quickly. "It's still covered in embryonic fluid, for lack of a better way to put it," says Hoop. However fast the work, Memories Are Now covers a great deal of ground, showcasing every edge and curve of Hoop's captivating voice, with sounds and themes ranging from the mythic to the deeply intimate. She sings of the religion that weighs heavily on her past and the world, of the imagination of myth, of the cruel nature of life and love. The defiance that permeates Memories Are Now is both a product and necessity of a career that has been independently driven and self-funded from the beginning.
Jesca Hoop, guitar, vocals 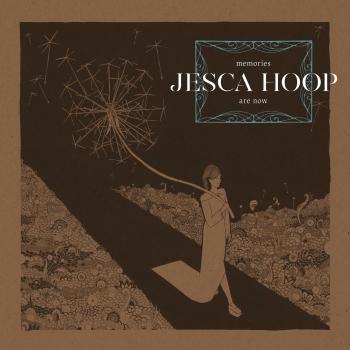 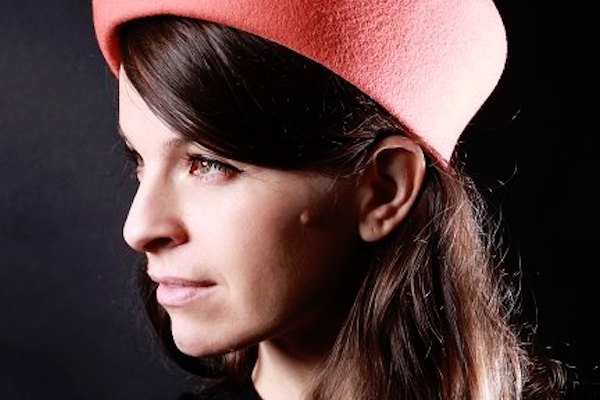 Jesca Hoop
has lived all over the map, and her rich life experience is reflected in her distinctive voice and natural gift for inventive song craft.
Hoop learned to sing at an early age, harmonising with her musical Mormon family in northern California. She began writing highly idiosyncratic songs at the age of 14 to keep her company on her long walks to school. At 16, Hoop broke away from her strict upbringing and began what she calls her 'life as a racoon', off the grid & close to nature. Rambling through the high mountain deserts of the Southwest and along the coastlines of the Northwest, she worked as a wilderness survival guide and chalked up skills in farming, surveying, and carpentry. Her songwriting continued throughout, shared on porches, in deep river canyons and around campfires.
In 2004 the desire to share these songs on a broader scale set in. She settled in Los Angeles, where she honed her songwriting craft and developed a reputation as a unique and beguiling live performer of real substance. Though she now resides in Manchester, England, Hoop returned to Los Angeles to record her third album, The House That Jack Built.
Jesca has quite the growing collection of fans in high places: Tom Waits described her music as being "like a four sided coin. She is an old soul, like a black pearl, a good witch or red moon. Her music is like going swimming in a lake at night". Peter Gabriel took her to South America to sing with him, and in recent years she has been hand picked to play as support on tour for Eels, Andrew Bird, Punch Brothers and Elbow: Elbow's Guy Garvey even had her do a stint as guest presenter on his BBC radio show in early 2012, to great reception.
The follow up to 2009's critically acclaimed Hunting My Dress, this new record displays a striking duality: light and dark, head and heart, it juxtaposes the macabre and visceral with a disarmingly candid intimacy. The resulting combination is powerfully evocative, with overarching themes of biology, nature and humanity - Hoop's stone-turning observations are mired in the equal beauty and violence of a nature that, for her, is clearly red in tooth and claw.