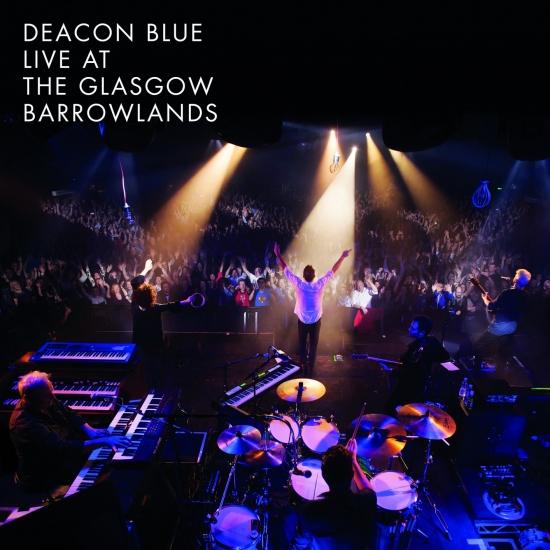 Info for Live at the Glasgow Barrowlands

„Live at the Glasgow Barrowlands“ was filmed at Glasgow’s iconic Barrowland Ballroom and on the last night of the band’s UK ‘Believers Tour’. Deacon Blue presented not only the hits of their most recent album ‘Believers’ but also played their best loved songs from their 30-year career. This unforgettable performance is their first official live product in 10 years.
Ricky Ross says: “This was always going to be an emotional night for the band, The Barrowlands is a special place with a lot of memories for us, and this show came right at the end of the tour. The atmosphere was incredible; you could feel it start to build from the moment the crowd came in. It made for a great show, and I think you get to hear and see some of that on this release.”
Glasgow’s mainstream hitmakers Deacon Blue are one of the most influential pop bands in the UK. Since forming in 1985 Deacon Blue have sold over 7 million albums worldwide, had 2 UK number 1 albums and 17 UK Top 40 singles. Their first album ‘Raintown’ was released in 1987 to massive critical acclaim and went on to achieve a million sales. The album was quickly followed up with their number one, double platinum album ‘When The World Knows Your Name’. 2016 saw the band release their most successful album in 23 years with ‘Believers’ which is the band’s most successful album at UK’s BBC Radio 2 with three hit singles going straight to BBC’s Radio 2 ‘A List’. The band recently announced their biggest and already sold-out headline show at the legendary Edinburgh Castle due in July 2017.
Deacon Blue 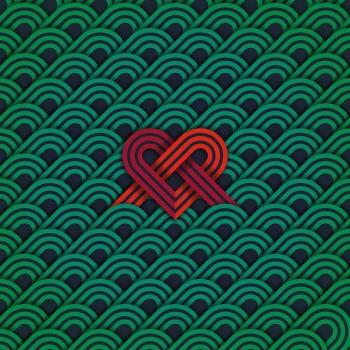 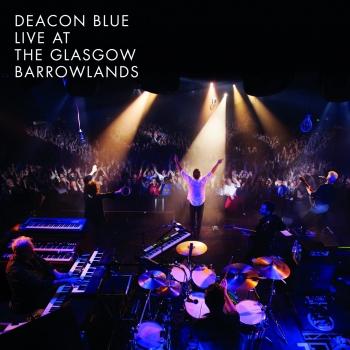 Live at the Glasgow Barrowlands 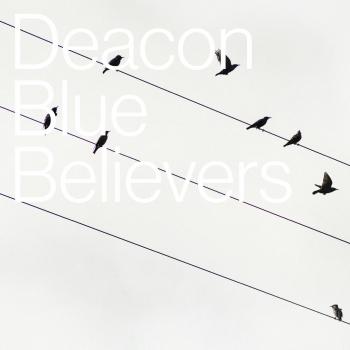 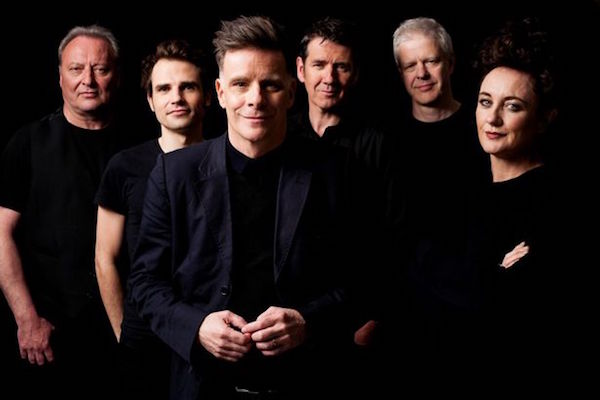 Deacon Blue
were never hipsters. With six million album sales, 12 UK Top 40 singles and two No. 1 albums to their credit, they have been majorly successful and have always been adored by their fans. And their inspirational brand of soulful Scottish pop remains an enduring tonic for the troops. Indeed, when Wayne Rooney tweeted his Spotify playlist before England's vita group match against Ukraine in Euro 2012, his No. 1 song was Real Gone Kid, still one of the Glasgow group's best-loved hits. But hip? Cool? One of the bands that you'd find hanging out with the fashionistas? That was never Deacon Blue.
"I remember saying when we first got back together that we must by the uncoolest band in the world," says Deacon Blue's singer, songwriter and mainstay Ricky Ross. "But I like that. And people still love us despite all that."
So The Hipsters is a decidedly ironic title for a brilliant new Deacon Blue record, the group's first studio album since Homesick in 2001. For beneath that faintly sardonic veneer, is a collection of finely-tuned songs which find Ross reflecting on the long-distance life and times of his group with a deep, thoughtful passion. The opening track, Here I am in London Town, sets the scene as if at the start of a stage musical, as Ross conjures up an impression of how his younger self felt as he sat in a studio "waiting for the world to begin".
"I was remembering what it was like starting out, coming down to London for the first time," Ross says. "You were hoping someone would open a door and your world would start."
It is now 25 years since the band released their debut album, Raintown, and the world of Deacon Blue began in earnest. It was the first of a string of best-selling albums: When the World Knows Your Name [1989]; Fellow Hoodlums [1991]; Whatever You Say, Say Nothing [1993]; and a double-platinum compilation Our Town – The Greatest Hits [1994], after which the group split up for five years. While Ross built up his career as a songwriter and solo act, he and the other band members set about establishing themselves with remarkable success in various other fields of the media, the arts and academia. But as their lives unfolded, they never gave up on the Deacon Blue dream. A reunion show led on to a new album Walking Back Home [1999] which marked the beginning of a period to the present, during which the band has continued to reconvene whenever there has been a good reason to do so, of which there have been many.
"I suppose we thought when we went down to London the first time that everything would be solved by a record deal and hit records and that's all there was to life," says the singer Lorraine McIntosh, who has been married to Ross for 22 years. "And then, 25 years down the line, after you've all gone through life, got married, had kids and lost people you've loved, you realise that there's so much more to it than that."
"We're all the same people, but our lives have completely changed," says the drummer Dougie Vipond, who has become a familiar face as a TV presenter on BBC Scotland. "I was 18 when I joined Deacon Blue. I grew up in the band. The only thing that concerned me was making records and playing gigs. Now I've got three children and all sorts of other responsibilities. So I feel really blessed that I'm still able to do it."
"I've got a lot of things going on," says the keyboard player James Prime, who runs a Commercial Music course at the University of the West of Scotland. "But playing and touring with my friends in Deacon Blue is no problem. It's more of a wrench going back to work when you're finished."
The band were united in their determination to record a new album. And not just any new album. "We'd done the greatest hits thing for a while," Ross says, "and we needed to do some new material or not do it at all." He began by writing the song The Hipsters and then another called The Outsiders which summed up the hectic rush of life in a band: "We took the road, any road, every road out of here/Forgot the past, cut the strands, made a path, took a stand/Chased the day, raced the night, grabbed our chance didn't look/Back to where we'd come from".
"It's so different to come back to it when you're not in the thick of things," Ross says. When you're a young, aspiring musician, chasing success, nothing ever satisfies you. Now, after writing a couple of these new songs, I realized there was a different narrative developing. I felt I was in a new moment. Then I realized: It's about us! It's about being in this amazing band. It's an open love letter to Deacon Blue."
With the songs written and demoed, the band convened at Gorbals Sound, a new, state-of-the-art recording facility in the heart of Glasgow. Working with Paul Savage, a smart, young producer whose work Ross had discovered through presenting his show on BBC Radio Scotland, the band recorded the new album in the old-school way, with the whole band set up, and all playing and singing together in the studio – the first time they had worked like that since recording Fellow Hoodlums in Paris in 1991.
"I still get excited when the band is together," says Prime. "We tell each other the old jokes just to remind each other how long we've been doing it. It's lovely that Ricky has come up with an album of personal songs rather than stuff about towns and rivers and mythical characters. These are really heartfelt, one-to-one songs."