Pick Me Up Off The Floor (Deluxe Edition) Norah Jones 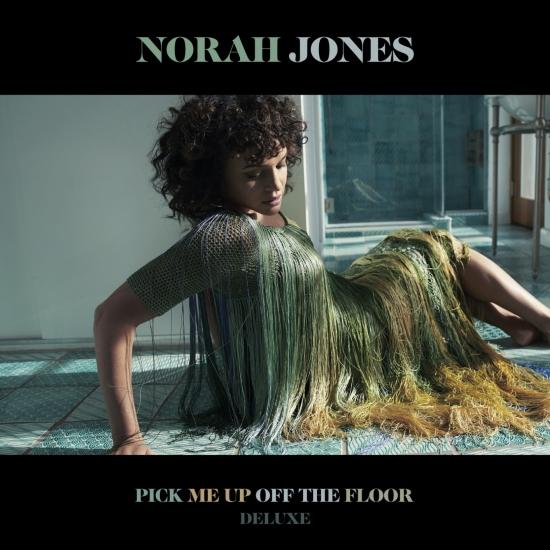 Info for Pick Me Up Off The Floor (Deluxe Edition)

Deluxe-Version with bonus material and exclusive single! Nine-time GRAMMY winning singer, songwriter, and pianist Norah Jones will release her seventh solo studio album "Pick Me Up Off The Floor".
Jones didn't mean to make another album. After she finished touring 2016's Day Breaks — her beloved return to piano-based jazz — she walked away from the well-worn album cycle grind and into an unfamiliar territory without boundaries: a series of short sessions with an ever-changing array of collaborators resulting in a diverse stream of singles (with Mavis Staples, Rodrigo Amarante, Thomas Bartlett, Tarriona Tank Ball, and more). But then slowly but surely, the session songs Jones hadn't released congealed into that very thing she'd meant to avoid — an album. But Pick Me Up Off The Floor is not some disjointed collage. It holds together beautifully, connected by the sly groove of her piano trios, lyrics that confront loss and portend hope, and a heavy mood that leans into darkness before ultimately finding the light.
"Every session I've done, there've been extra songs I didn't release and they've sort of been collecting for the last two years," says Jones. "I became really enamored with them, having the rough mixes on my phone, listening while I walk the dog. The songs stayed stuck in my head and I realized that they had this surreal thread running through them. It feels like a fever dream taking place somewhere between God, the Devil, the heart, the Country, the planet, and me."
Sure enough, just as this set of songs blurs sonic colors (blues, soul, Americana, and various shades of jazz) it also swirls the personal and political, specific pain and societal trauma, into one mercurial body. Even the album title's meaning seems to shift. The words "Pick Me Up Off the Floor" at times play as a plea for outside intervention, but in other moments the phrase feels like a bootstraps-style statement of purpose, as on the rootsy "I'm Alive," made in Chicago with Jeff and Spencer Tweedy, where Jones slashes her own silver lining into the haze of the modern news cycle: "She’s crushed by thoughts at night of men / Who want her rights and usually win / But she’s alive, oh she’s alive."
"Living in this country — this world — the last few years, I think there's an underlying sense of, 'Lift me up. Let's get up out of this mess and try to figure some things out,'" says Jones. "If there's a darkness to this album, it's not meant to be an impending sense of doom, if feels more like a human longing for connection. Some of the songs that are personal also apply to the larger issues we're all facing. And some of the songs that are about very specific larger things also feel quite personal."
The backbone of this album was formed early in an especially fruitful session with her go-to drummer Brian Blade who appears on six of the album’s 11 tracks. Other musicians who contribute throughout include bassists Christopher Thomas, John Patitucci, Jesse Murphy, and Josh Lattanzi, drummers Nate Smith, Dan Rieser, and Josh Adams, keyboardist Pete Remm, pedal steel guitarist Dan Iead, violinist Mazz Swift, violist Ayane Kozasa, cellist Paul Wiancko, percussionist Mauro Refosco, background vocalists Ruby Amanfu and Sam Ashworth, and the horn section of trumpeter Dave Guy and tenor saxophonist Leon Michels.
"I don't know if I was just in a zone or if this process turned it on, but I’ve felt more creative in the last year than I ever have," says Jones. By completely rethinking the way she made music, Jones discovered a new wellspring of inspiration, with the fortunate if unexpected result of making an album of tremendous depth and beauty that she was not trying to make.
Unpredictability has been a hallmark of Norah Jones' career from the start. She first emerged on the world stage with the February 2002 release of Come Away With Me, her self-described “moody little record” that introduced a singular new voice and grew into a global phenomenon, sweeping the 2003 GRAMMY Awards. Since then, Norah has sold 50 million albums globally and become a nine-time GRAMMY-winner. Her songs have been streamed five billion times worldwide. She has released a series of critically acclaimed and commercially successful solo albums—Feels Like Home (2004), Not Too Late (2007), The Fall (2009), Little Broken Hearts (2012), and Day Breaks (2016)—as well as albums with her collective bands The Little Willies, El Madmo, and Puss N Boots featuring Sasha Dobson and Catherine Popper who released their second LP Sister in 2020. The 2010 compilation …Featuring Norah Jones showcased her incredible versatility by collecting her collaborations with artists as diverse as Willie Nelson, Outkast, Herbie Hancock, and Foo Fighters. Since 2018 Jones has been releasing a series of singles including collaborations with artists and friends such as Mavis Staples, Jeff Tweedy, Thomas Bartlett, Tarriona Tank Ball, Rodrigo Amarante, and Brian Blade. The 2019 singles collection Begin Again gathered seven snapshots of creativity from one of the music world’s most consistently intriguing artists.
Norah Jones, vocals, piano
Jeff Tweedy, electric and acoustic guitar, bass
Dan Iead, pedal steel guitar
Pete Remm, keyboards
Christopher Thomas, bass
John Patitucci, bass
Jesse Murphy, bass
Josh Lattanzi, bass
Brian Blade, drums
Nate Smith, drums
Spencer Tweedy, drums
Dan Rieser, drums
Josh Adams, drums
Mauro Refosco, percussion
Dave Guy, trumpet
Leon Michels, tenor saxophone
Mazz Swift, violin
Ayane Kozasa, viola
Paul Wiancko, cello
Ruby Amanfu, background vocals
Sam Ashworth, background vocals
Produced by Norah Jones (except “I’m Alive” and “Heaven Above” produced by Jeff Tweedy)