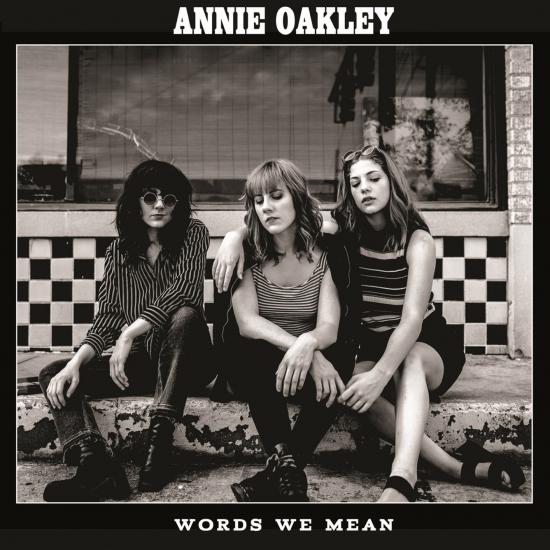 Info for Words We Mean

Words We Mean is the debut full-length album of Oklahoma City-based indie-folk trio Annie Oakley. In the works for three years, the album follows the all-girl band from youth to womanhood through songs with remarkable artistic range. Immaculate vocal harmonies and sharply observant lyrics embody themes of grief, recovery, wistful regrets and misplaced hopes, and new love in this much-anticipated release.
The award-winning band is fronted by twin sisters Sophia and Grace Babb on rhythm and lead guitars and vocals, with Nia Personette on violin and third-part harmony. Official showcase artists at Folk Alliance International in 2017, the trio toured on weekends and breaks from college. University seniors who plan to tour full-time nationally and internationally in 2019-20, Annie Oakley plays regularly to sold-out crowds throughout the Midwest and on both coasts.
Annie Oakley 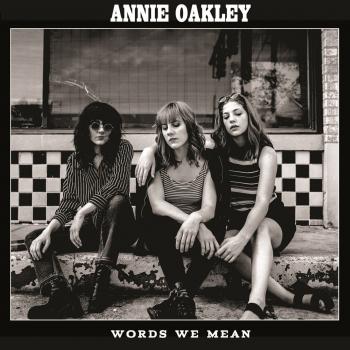 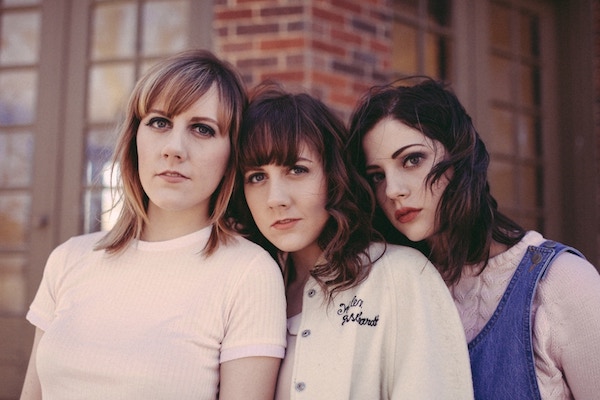 Annie Oakley
is an Oklahoma City-based Americana band fronted by twin sisters Sophia and Grace. Their flawless vocal harmonies and sharply observant lyrics led to Rising Star and Oklahoma's Choice: Best Band awards in 2016 and coveted official showcases at Southwest Regional Folk Alliance (SWRFA) in 2016 and at Folk Alliance International 2017.
Singing together since childhood, Sophia and Grace picked up guitars and started songwriting after their father’s suicide compelled them to find an emotional outlet. A year later, they were joined by their friend Nia Personette on violin, herself no stranger to loss—she, too, had lost her father shortly before joining the band. Since the band's formation, musical instrumentation and emotive lyrics have been at the forefront of their performances.
The group released a first self-produced and -recorded EP, Annie Oakley, in 2013. Since then, they’ve honed their songwriting and performance skills at venues and festivals every weekend throughout high school and college. They released their first studio album, Thought of You a God, in September 2015. Their second studio EP, Lunar Manor Sessions, was released in March 2017.
The Oklahoma Gazette wrote of the prodigious duo as “speaking the same throwback folk-Americana language that eludes most others at their tender age [ . . . ] their pristine but pillow-soft voices folding into immaculate harmonies the envy of even the most vetted musical collaborators out there” (Joshua Boydston).
On weekends and breaks between college classes, the band hits the road to share their songs and stories with audiences across the Midwest and beyond.
“These sisters harmonize like fresh made bread and home churned butter, sweetened with just a touch of molasses. I hear strains of Mindy Smith here, and the comparisons could go on. But why make comparisons when you can just listen to them? To see and hear such magic when it first comes to bloom, to watch it grow and spread smiles and wonder across a wider world is indeed a privilege and pleasure. Don't miss them when they come to your area!” (Rick Reiley, Corridor Magazine).
“Aim at a high mark and you’ll hit it. No, not the first time, nor the second time. Maybe not the third. But keep on aiming and keep on shooting, for only practice will make you perfect. Finally, you’ll hit the bull’s-eye of success." (Annie Oakley)