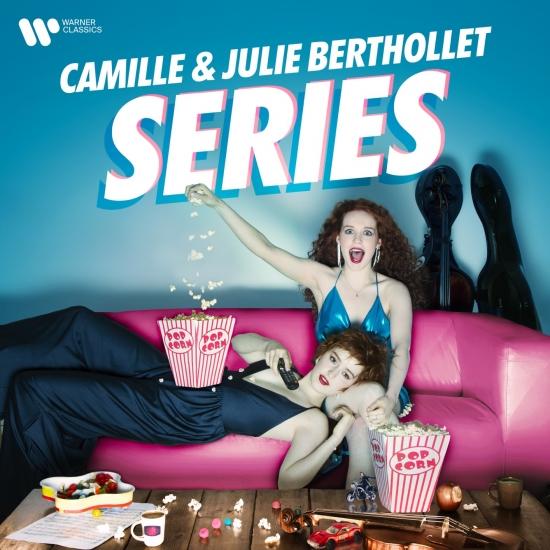 Brings together themes from popular soundtracks and TV series! Meet the Berthollet sisters, two extraordinarily gifted musical siblings from the idyllic Rhône-Alpes region in France. Camille (17) plays violin and cello and Julie (19) violin and viola. They became celebrities in France when the then 15-year-old Camille won Prodiges, a TV show for classical virtuosos under the age of 16. After captivating 4.5 million viewers on the France 2 network with her searing rendition of ‘Summer’ from Vivaldi’s Four Seasons, Camille was immediately signed to Warner Classics, her debut album (featuring her older sister as duo partner) going on to achieve Gold status with more than 80,000 copies sold in France alone.
On their second album together, with the support of the Monte Carlo Philharmonic Orchestra, the sibling sensations reveal the poise, maturity and musical prowess they have continued to develop since Prodiges, confirming their talent goes far beyond the TV phenomenon that launched their bright careers.
"Recording my debut album at the age of sixteen was an out-of-the-ordinary experience, the stuff of dreams," says Camille. "The Prodiges verdict hasn't changed my life but it has opened wonderful doors to me, the most marvellous one being contacted by the president of Warner Classics. They gave me the opportunity to record my first album and choose my ideal programme. I also had the great fortune to meet Gautier Capuçon and to play with him."
French star cellist Gautier Capuçon, became something of a mentor to Camille as one of the esteemed music personalities on the judging panel of Prodiges, and recorded Piazzolla’s Oblivion with her on the debut album. “You can sense in her such a passion, she is really inside the music… She is so young but she already has this internal spark and this energy,” he said of his protégée.
But there is one musician who has been at Camille’s side since the very beginning. “I'm very lucky to always have my sister Julie with me, and naturally I wanted to record this album with her!” she enthuses. “We've been playing together since I started cello at the age of four. She is the violinist I can always lean on; we learn so much from each other. We're lucky to have parents that always supported us and encouraged us in our choices."
"Kudos must go to Matthieu Gonet for some great arrangements – his medley from La La Land is a highlight, but the sisters get a little lost amid the orchestral hijinx of The Simpsons. It’s a fun selection presented with great respect for the genre." (BBC Music Magazine)
Camille Berthollet, cello, violin
Julie Berthollet, violin, piano, viola, vocals
Orchestre National d'Ile de France
Ernst van Tiel, conductor 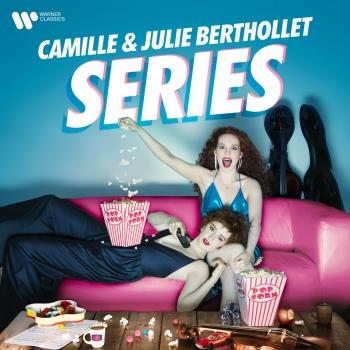 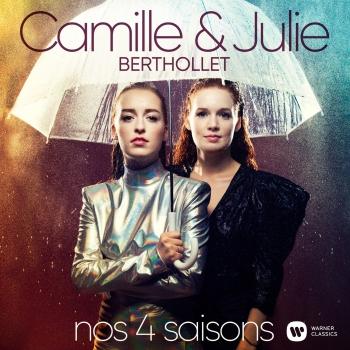 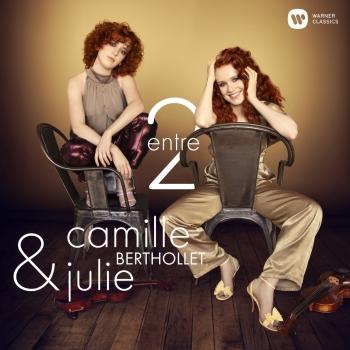