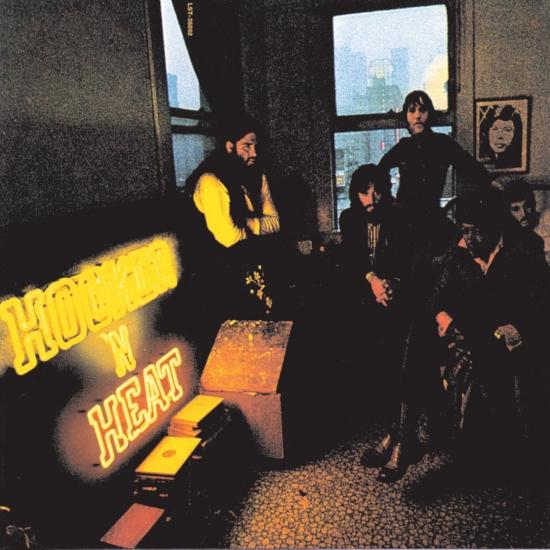 Hooker 'n Heat is a double album released by blues musician John Lee Hooker and blues-rock band Canned Heat in early 1971. It was the last studio album to feature harmonica player, guitarist and songwriter Alan Wilson, who died in September 1970 from a drug overdose. The photo on the album cover was taken after Wilson's death, but his picture can be seen in a frame on the wall behind John Lee Hooker. Guitarist Henry Vestine was also missing from the photo session. The person standing in front of the window, filling in for Henry, is the band's manager, Skip Taylor. Careful examination of the photo reveals that Henry's face was later added by the art department. Although featured on the cover, vocalist Bob Hite does not sing on the album.
It was the first of Hooker's albums to chart, reaching number 78 in the Billboard charts. Hooker plays unaccompanied on side one and "Alimonia Blues"; on the remainder of side two and "The World Today" and "I Got My Eyes on You" Hooker is accompanied by Wilson on various instruments. The full band plays with Hooker on the rest of side three and all of side four.
The first platter focuses on Hooker's looser entries that vacillate from the relatively uninspired ramblings of "Send Me Your Pillow" and "Drifter" to the essential and guttural "Feelin' Is Gone" or spirited "Bottle Up and Go." The latter being among those with Wilson on piano. Perhaps the best of the batch is the lengthy seven-minute-plus "World Today," which is languid and poignant talking blues, with Hooker lamenting the concurrent state of affairs around the globe. "I Got My Eyes on You" is an unabashed derivative of Hooker's classic "Dimples," with the title changed for what were most likely legal rather than artistic concerns. That said, the readings of the seminal "Burning Hell" and "Bottle Up and Go" kept their familiar monikers intact. The full-fledged collaborations shine as both parties unleash some of their finest respective work. While Canned Heat get top bill -- probably as it was the group's record company that sprung for Hooker 'n Heat -- make no mistake, as Hooker steers the combo with the same gritty and percussive guitar leads that have become his trademark. The epic "Boogie Chillen No. 2" stretches over 11 and a half minutes and is full of the same swagger as the original, with the support of Canned Heat igniting the verses and simmering on the subsequent instrumental breaks with all killer and no filler. John Lee Hooker, vocals, guitars
Alan Wilson, harmonica, piano, rhythm guitar
Henry Vestine, electric guitar
Antonio de la Barreda, bass
Adolfo de la Parra, drums
Digitally remastered 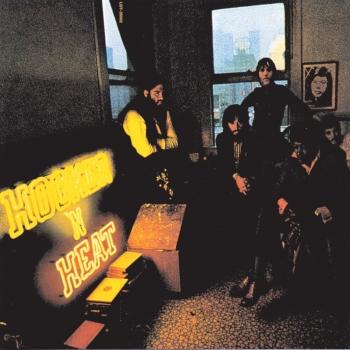 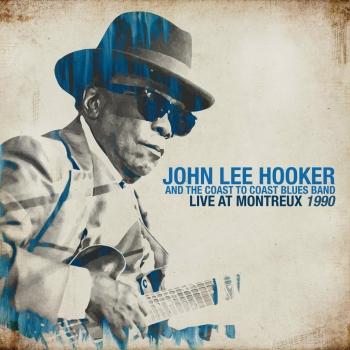 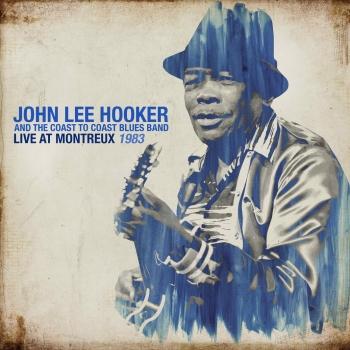 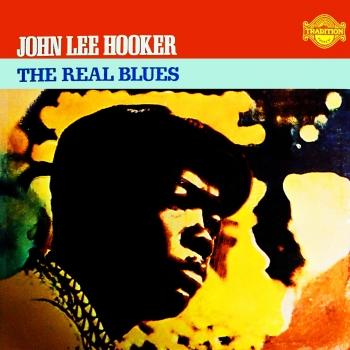 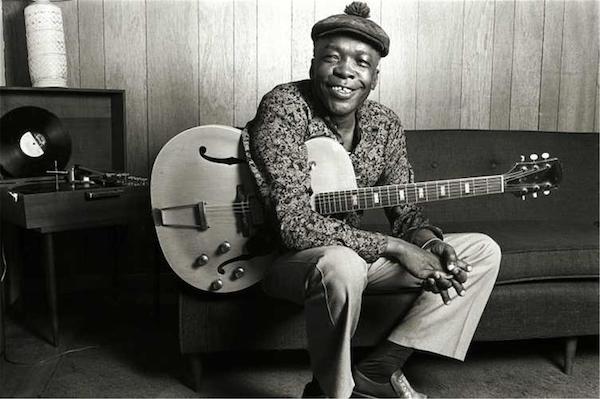 John Lee Hooker
Known to music fans around the world as the “King of the Boogie,” John Lee Hooker endures as one of the true superstars of the blues genre: the ultimate beholder of cool. His work is widely recognized for its impact on modern music – his simple, yet deeply effective songs transcend borders and languages around the globe. Each decade of Hooker’s long career brought a new generation of fans and fresh opportunities for the ever-evolving artist. He never slowed down either: As John Lee Hooker entered his 70s, he suddenly found himself in the most successful era of his career – reinvented yet again, and energized as ever, touring and recording up until his passing in 2001.
Born near Clarksdale, Mississippi on August 22, 1917 to a sharecropping family, John Lee Hooker‘s earliest musical influence came from his stepfather, William Moore ̶— a blues musician who taught his young stepson to play the guitar, and whom John Lee later credited for his unique style on the instrument.
By the early 1940s, Hooker had moved north to Detroit by way of Memphis and Cincinnati. By day, he was a janitor in the auto factories, but by night, like many other transplants from the rural Delta, he entertained friends and neighbors by playing at house parties. “The Hook” gained fans around town from these shows, including local record store owner Elmer Barbee. Barbee was so impressed by the young musician that he introduced him to Bernard Besman ̶ a producer, record distributor and owner of Sensation Records. By 1948, Hooker ̶ now honing his style on an electric guitar ̶ had recorded several songs for Besman, who, in turn, leased the tracks to Modern Records. Among these first recordings was “Boogie Chillun,” (soon after appearing as “Boogie Chillen”) which became a number one jukebox hit, selling over a million copies. This success was soon followed by a string of hits, including “I’m in the Mood,” “Crawling Kingsnake” and “Hobo Blues.” Over the next 15 years, John Lee signed to a new label, Vee-Jay Records, and maintained a prolific recording schedule, releasing over 100 songs on the imprint.
When the young bohemian artists of the 1960s “discovered” Hooker, among other notable blues originators, he found his career taking on a new direction. With the folk movement in high gear, Hooker returned to his solo, acoustic roots, and was in strong demand to perform at colleges and folk festivals around the country. Across the Atlantic, emerging British bands were idolizing Hooker’s work. Artists like the Rolling Stones, the Animals and the Yardbirds introduced Hooker’s sound to new and eager audiences, whose admiration and influence helped build Hooker up to superstar status. By 1970, Hooker had relocated to California and was busy collaborating on several projects with rock acts. One such collaboration was with Canned Heat, which resulted in 1971’s hit record Hooker ’n’ Heat. The double LP became John Lee Hooker’s first charting album.
Throughout the late 1970s and 1980s, John Lee toured the U.S. and Europe steadily. His appearance in the legendary Blues Brothers movie resulted in a heightened profile once again. Then, at the age of 72, John Lee Hooker released the biggest album of his career, The Healer. The GRAMMY® Award-winning 1989 LP paired contemporary artists (Bonnie Raitt, Carlos Santana, Los Lobos and George Thorogood, among others) with Hooker on some of his most famous tracks. The Healer was released to critical acclaim and sold over one million copies. The Hook rounded out the decade as a guest performer with the Rolling Stones, during the national broadcast of their 1989 Steel Wheels tour.
With his recent successes, John Lee entered the 1990s with a sense of renewed inspiration. Not only was the decade a time of celebration and recognition for the legendary artist, but it was also a highly productive era. He released five studio albums over the next few years, including Mr. Lucky, which once again teamed up Hooker with an array of artists; Boom Boom, which aimed to introduce new fans to his classic material; the GRAMMY® Award-winning Chill Out; and a collaboration with Van Morrison, Don’t Look Back, which also garnered two awards at the 1997 GRAMMYs®. Throughout the decade, Hooker’s great body of work and contributions to modern music were being recognized not only by his peers, but also by a younger generation. He became a familiar face in popular culture, with appearances on The Tonight Show and Late Night with David Letterman. In 1990, a massive tribute concert took place at New York’s Madison Square Garden, featuring Hooker and an all-star lineup of guest artists. One year later, John Lee was inducted into the Rock & Roll Hall of Fame, while in 1997, he was presented with a star on the Hollywood Walk of Fame. In 2000, shortly before his death, John Lee Hooker was recognized with a GRAMMY® Lifetime Achievement Award, and just one week before his passing, ever true to form, the bluesman spent his final Saturday night playing a now-legendary show to a packed house at the Luther Burbank Center for the Arts in Santa Rosa, CA.
The Hook continues to live on: His music can regularly be heard in TV shows, commercials and films, and many of his tracks have also found a second life sampled in new songs – by the likes of R&B star Brandi, hip-hop legend Chuck D and French electronic musician St Germain, among many others. Most recently, his iconic recording, the 1962 Vee-Jay Records single “Boom Boom,” was inducted into the 2016 GRAMMY® Hall of Fame.