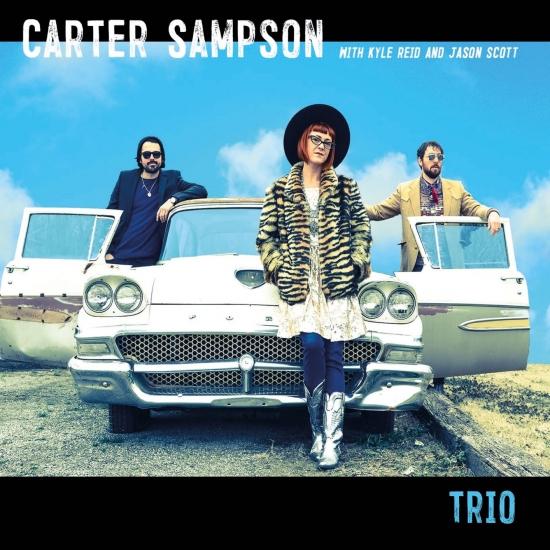 Carter Sampson is embarking on a new European tour that will take her to Netherlands, England and Scotland. This will be the first tour where she will be bringing two of her US band members. Kyle Reid and Jason Scott will be backing her up on various string instruments and backing vocals.
Especially for the occasion Carter and her 2 tour companions have recorded these NEW trio versions of 4 originals and a cover: all 5 crowd pleasers in Carter's live sets.
"Sometimes in life you make your own luck, so pick up this album from Carter Sampson and you will surely be rewarded." (highwayqueens.com)
"Add her high quality song writing and gorgeous vocals and she is no longer a promising country singer songwriter but one who can now be talked about as being one of the very best around. If 'Wilder side' sowed the seeds this tremendous album brings that talent into full bloom." (americanrootsuk.com)
"Lucky proves that there is plenty of ground to cover even when the terrain is smooth. It also proves that Sampson is in it for the long haul and deserves all the success that will continue to come her way." (nodepression.com)
"Like Oklahoma’s musical reputation, Sampson’s star is rising too." (Elmore Magazine)
Carter Sampson, vocals, guitar
Kyle Reid, guitar, backing vocals
Jason Scott, guitar, backing vocals, ukelele
Recorded at The Blue Door in OKC
Engineered and mixed by Jason Scott and Kyle Reid
Mastered by Ryan Foster at Foster Mastering 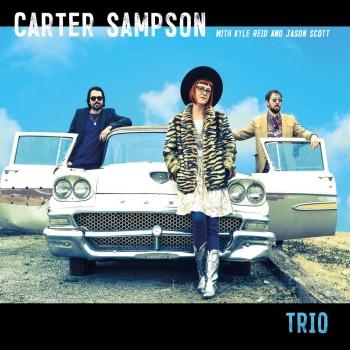 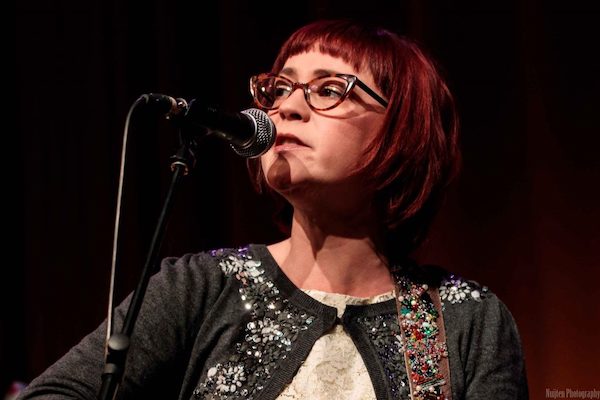 Carter Sampson
is an Oklahoma born and raised, award winning singer songwriter. She tours nationally and internationally playing both solo and with her band. Sampson won 1st place in the Chris Austin Song Contest at Merlefest and was a top 10 finalist in the Telluride Bluegrass Festival Troubadour Contest. Sampson has released five studio albums including her newest release LUCKY recorded with Jason Scott at ONStudios in Moore, OK. Sampson’s release Wilder Side received international attention and was No. 3 on the Euro Americana year end chart for 2016. Her newest work LUCKY will be released fall 2018. She is the founder and director of The Rock n’ Roll Camp for Girls OKC, a nonprofit volunteer run organization that empowers girls through music education.
"Carter Sampson's fourth full-length album Wilder Side is a soulful and soft country masterpiece. The Oklahoma City singer-songwriter has a penchant for penning songs that don't need bluster or bombast to tell a powerful story. Focusing on themes of heartbreak and the open road, Wilder Side is the kind of pure country record that has far more in common with classic releases from the likes of Patsy Cline and Emmylou Harris than it does with anything one will find on country radio. Fellow Oklahoma artists Ali Harter and John Moreland made appearances on the record lending their distinctive voices, perfectly complementing Sampson's beautifully sorrowful vocals. And that more than anything is what drives this record, Sampson's breathtaking voice. This record is haunting and mesmerizing and simply beautiful." Oklahoma Lefty