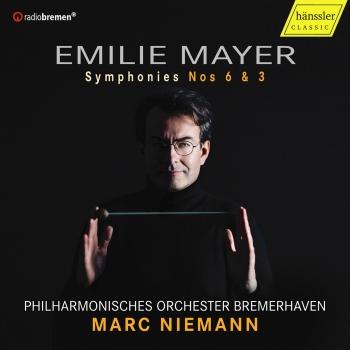 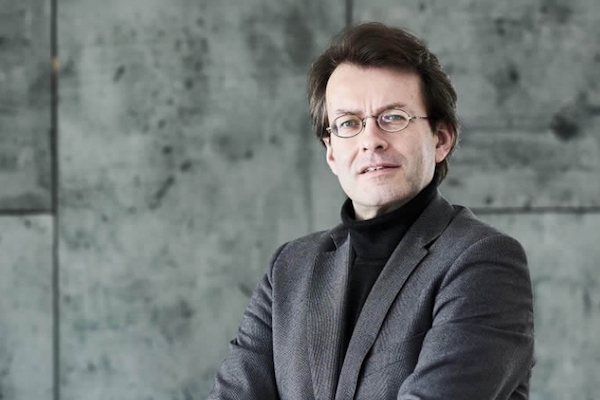 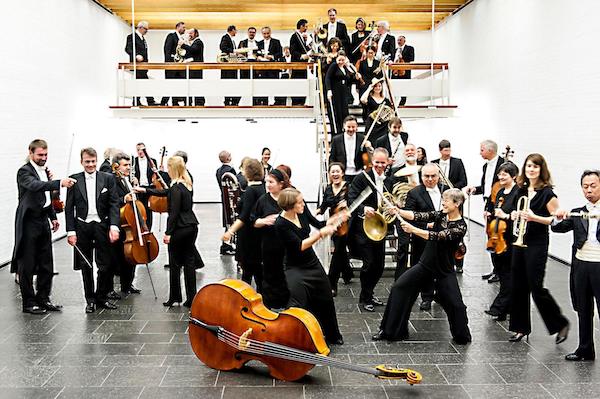 Marc Niemann
Since the 2014/2015 season he has been general music director of the Stadttheater Bremerhaven and principal conductor of the Bremerhaven Philharmonic Orchestra.
In this position, he has successfully managed to further develop the musical profile of the orchestra through innovative concert formats and to win new audiences for the concerts in the past seasons. The improved tonal flexibility of the Bremerhaven Philharmonic Orchestra plays through the intensive engagement with contemporary music (e.g. the annual cooperation with a "composer in residence") and the engagement with historically informed performance practice, which has been supported since 2015 by the CD recordings of all nine Beethoven symphonies is documented, is just as important as the many newly developed cross-over and education concerts. In 2017, the Bremerhaven Philharmonic Orchestra was included in the "Innovative Orchestral Landscape Germany" funding program of the Minister of State for Culture and Media.
Among other things, the Stadttheater Bremerhaven was awarded the Federal Theater Prize by the Federal Minister for Culture in 2015 for the excavation of the rarely performed opera Bluthochzeit by Sandor Szokolay in the musical rehearsal by Marc Niemann and in summer 2016 in the competition of the specialist magazine Die Deutsche Bühne as one of the “best theaters off the beaten track of the big centers». In the magazine's critics' survey, Marc Niemann was nominated Conductor of the Year in 2018.
After training as a pianist and conductor in Hanover, Lübeck and Berlin, Marc Niemann embarked on a classical conductor's career with stations in Lübeck, Eutin, Braunschweig, Pforzheim and Cottbus, where he developed an extensive repertoire in many genres. His rehearsals of the opera Cosima by Siegfried Matthus and the premiere of Fürst Pückler's Utopia by James Reynolds, directed by Johann Kresnik, attracted national attention.
Marc Niemann has received scholarships from the Oscar and Vera Ritter Foundation, the Richard Wagner Foundation and the Max Grünebaum Foundation. As a guest conductor he has already stood at the podium of numerous orchestras, e.g. the Staatskapelle Halle, the Brandenburg Symphony Orchestra, the Loh Orchestra Sondershausen, the Berlin Symphony Orchestra, the Philharmonic Orchestra Altenburg-Gera, the Bielefeld Philharmonic, the Rheinische Philharmonie Koblenz, the Wuppertal Symphony Orchestra, the Robert Schumann Philharmonic Chemnitz, the New Philharmonic Westphalia , the Potsdam Chamber Academy, the Staatskapelle Schwerin, the Rheinsberg Castle Chamber Opera and the Beethoven Festival in Bonn.
The Bremerhaven Philharmonic Orchestra
has been an integral part of the cultural life of the city and the Elbe/Weser region for over a hundred years. The 53 musicians inspire their audience on the podium in symphony, special and chamber concerts as well as in the orchestra pit of the Stadttheater Bremerhaven in opera, operetta, ballet and musical performances. Her repertoire ranges from music of the 18th century to contemporary music. Another focus of the program of the Bremerhaven Philharmonic Orchestra are the music education offers for children and young people - whether in the municipal theater or in kindergartens, schools and support facilities.
In the last few decades, the longstanding general music directors Hans Kindler, Prof. Leo Plettner and Stephan Tetzlaff have shaped the musical work. Marc Niemann has been General Music Director of the Bremerhaven Philharmonic Orchestra since 2014.