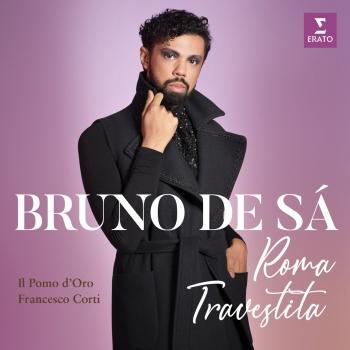 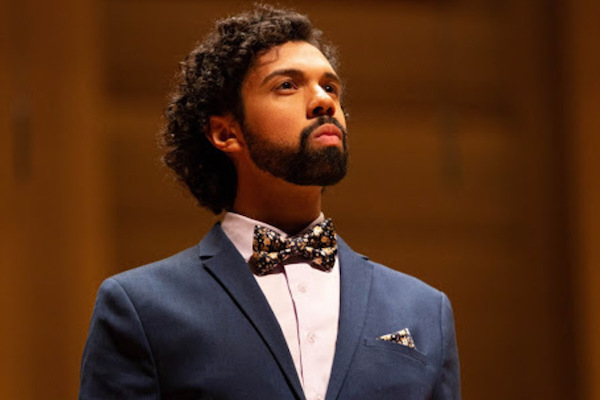 Bruno de Sá
is one of the leading new artists of our time. His powerful yet gentle voice, as well as his musicality, have been praised by press and public alike.
Bruno de Sá began his career in his native Brazil, where he has performed works by Weill, Scott Joplin, Bach, Mozart, Adams, Wagner und Bernstein. He made his German debut in 2016 with the Lübeck Choral Academy in Handel’s Messiah and Rossini’s Petite Messe solennelle. During the 2016/17 season he appeared in roles such as Gherardino (Gianni Schicchi), Cherubino (Le nozze di Figaro) and the First Lady (Die Zauberflöte) at the Teatro São Pedro in Porto Alegre and was critically acclaimed as Aci in Giovanni Bononcini’s Polifemo under Dorothee Oberlinger in Potsdam and Bayreuth.
During the 2019/20 season Bruno de Sá joined the Opera Studio at the Basel Theatre where he sang the Little Mermaid in the world premiere of Jherek Bischoff’s Andersens Erzählungen under Thomas Wise and Barbarina (Le nozze di Figaro). He also appeared at the Halle Opera as Sesto in Giulio Cesare, as well as Isacio (Hasse’s Irene) with the Helsinki Baroque Orchestra and Aapo Häkkinen at the Theater an der Wien and the Musiikkitalo in Helsinki.
During the 2020/21 season he made his debut at the Bayreuth Baroque Opera Festival as Berardo (Porpora’s Carlo il Calvo), which was also presented in concert at the Theater an der Wien and the Concertgebouw in Amsterdam. Other recent and future performances include Sehnsucht at the Dortmund Opera and Abelle (Cain, overo Il primo omicidio) under Philippe Jaroussky in Montpellier, as well as at the Salzburg Festival, and Nerone (Agrippina) in Drottningholm.
Bruno de Sá is an exclusive artist with Warner Classics. He was first prizewinner at the 14th Maria Callas Competition in São Paulo and the 19th Concorso Spiros Argiris in Sarzana, as well as being awarded silver at the Second Manhattan International Music Competition. He recently won the 2020 Oper! Award for best young artist.