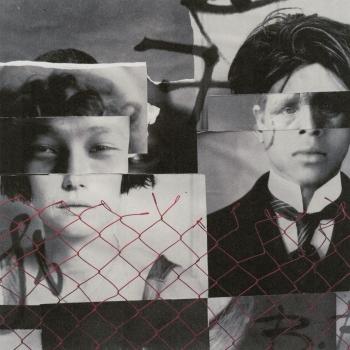 For All Our Days That Tear The Heart 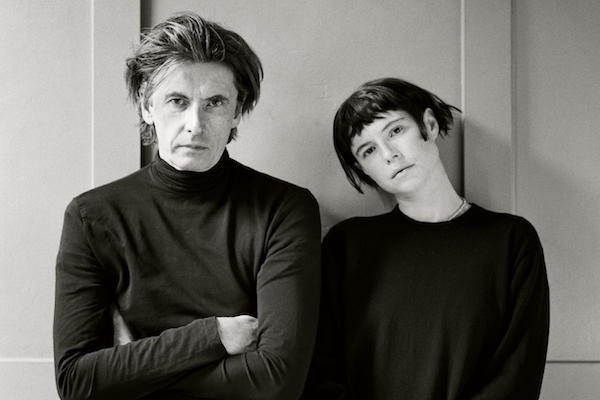 Jessie Buckley
is a well-known Irish actress who has starred in a host of films including Wild Rose, Judy and I’m Thinking Of Ending Things. Through her film work, she has shared the screen with legendary names such as Renee Zellweger, Toni Collette and most recently Olivia Colman. She co-stars with the latter in the film The Lost Daughter, directed by Maggie Gyllenhaal, where she has picked up a slew of Best Supporting Actress nominations across the awards circuit, including BAFTA and Oscar noms. She has also recently finished a run in London’s West End starring alongside Eddie Redmayne in the stage production of Cabaret.
Bernard Butler
is an English musician, songwriter and record producer. He has been noted as one of Britain's most original and influential guitarists.
In 1989 he formed the group Suede co-writing and playing guitars on every recording until 1994, 1992’s classic debut “The Drowners”, followed by hits “Metal Mickey”, the top 10 “Animal Nitrate” and the number 2 epic “Stay Together”. The Mercury Prize winning debut “Suede” became the fastest selling record in years. The defining “Dog Man Star”, a sprawling concept of rare ambition culminated in Butler’s exit. The group continued but Butler's contribution will remain the defining moment in the band’s history.
Immediately he collaborated with the singer David McAlmont on the anthemic ”Yes" bound together by experimental b-sides taking in folk, soul and art rock directions bookended as the compilation “The Sound Of…McAlmont & Butler”. The album was preceded by the torch like “You Do” leaving an intriguing footprint across Britpop’s otherwise jingoist, hedonistic landscape. The duo released the sophomore "Bring It Back" in 2003 spawning the hit title track and the euphoric "Falling". In May 2014 McAlmont & Butler played two celebrated London shows in support of the Bobath Centre assisting children with cerebral palsy. In 2015 Butler prepared an extensive reissue set for 1995's "The Sound Of..." through Demon Records followed by a short UK tour culminating in a sell out at London's Roundhouse.
Butler signed to Creation Records in 1997 releasing two solo albums, the acclaimed "People Move On" yielding the hit single "Stay", and "Friends and Lovers” before the collapse of the legendary label. He then embarked on a string of productions including the seminal debut from The Libertines and their biggest hit "Don't Look Back Into The Sun" which featured Butler's uncredited guitar as well as production. In 2004 Butler formed a new band with Brett Anderson, The Tears, releasing their debut LP, "Here Come The Tears"in June 2005. Singles include the top 10 "Refugees", and "Lovers" alongside a wealth of acclaimed b-sides.
In 2005 he was introduced to Welsh singer Duffy and contributed to her five million-selling debut album Rockferry, which received the Grammy Award for Best Pop Vocal Album in 2008, several Brit Awards and an Ivor Novello nomination. Butler produced and co-wrote the title track, as well as "Syrup & Honey", "Please Stay" for "Telstar - The Movie" and co-wrote "Smoke Without Fire", which was used in the 2009 film An Education. The long-standing partnership was reignited when the pair collaborated on a version of Nina Simone's "I Put A Spell On You" as accompanying score to Burberry's Black campaign. The song was recorded live in one complete take at the legendary Abbey Road Studio 1. The pair continue to collaborate on new material.
He has worked extensively as a producer and or songwriter, making records for The Libertines, Tricky, Black Kids, Kate Nash, Nerina Pallot, Teleman, Findlay Brown, Daley, The Cribs, James Morrison, Sophie Ellis-Bextor, Rebecca Ferguson, Jonathan Jeremiah, Frankie & The Heartstrings, Texas, Kate Jackson, Mark Eitzel, QTY, Pace, Mull Historical Society, Roxanne De Bastion, Sam Lee, Oscar Lang and Paloma Faith. Butler won the Producer's Award at the 2009 BRIT Awards,Producer of the Year at the 2008 Music Managers Forum Awards, and was nominated for Best Producer at the 2009 Music Week Awards . He has played guitar on records by Aimee Mann, Bryan Ferry, Roy Orbison, Bert Jansch, The Libertines, Neneh Cherry and Ben Watt with whom he toured extensively during 2013-17 including the UK, USA and Japan. In October 2013, Butler's experimental project Trans released a series of EPs featuring tracks grown out of improvisational recordings made at Butler's own Studio 355, all sessions improvised, recorded in their entirety and later edited with few overdubs.
Between 2000-10 Butler played many shows with the legendary folk guitarist Bert Jansch, featuring on his albums "Crimson Moon" and "Edge Of A Dream" sometimes joined by Johnny Marr and Beth Orton. After Jansch's untimely death a Royal Festival Hall tribute concert saw Butler accompany Robert Plant amongst the pantheon of folk’s remaining heroes. Butler know acts as proud Patron to the Bert Jansch Foundation.
Since 2017 he has hosted a radio show "BB & The King". Broadcast live from North London via Boogaloo Radio each Friday, Bernard Butler and partner Mark Kingston bring 2 hours of music and conversation around an episodic theme. Each week is archived via a Mixcloud page. Butler was resident Lecturer at BIMM London acting as Module Leader, developing students weekly through their BA in Songwriting. He recently completed the original score to BBC Horizons documentary "Back From The Dead" and collaborated in songwriting camps and sessions for Warner-Chappell Publishing. He conducts audience-led PreProduction events around the country for the Musicians Union and at Abbey Road Institute, and is a Patron of the Music Venue Trust.