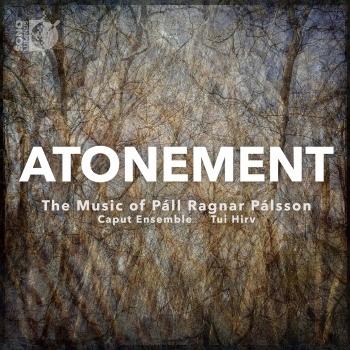 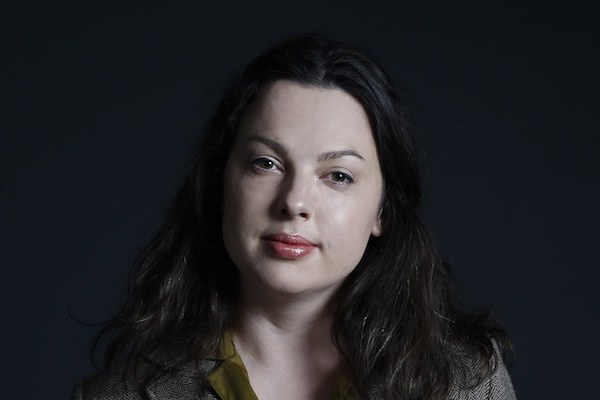 Tui Hirv
is an Estonian soprano living in Reykjavík, Iceland. She graduated from Estonian Academy of Music and Theatre with a BA degree in singing in 2007 and MA in musicology in 2009. Tui Hirv has been active both in the vivid choir music scene of Estonia and as a soloist of contemporary chamber music. In 2008–2009 she worked with the Estonian Philharmonic Chamber Choir. With conductor Tõnu Kaljuste they recorded an album with the music of Arvo Pärt for ECM New Series, Adam’s Lament, which includes a piece named L’Abbé Agathon, where Tui performs as a soloist, and received the Grammy Award in 2014 for best choral performance. Tui Hirv has also been singing with early music vocal group Vox Clamantis under the guidance of Jaan-Eik Tulve. Their recording of Liszt's Via Crucis for the French record company Mirare was awarded Diapason d'Or in 2013. As a soloist, Tui Hirv has cooperated with various new music ensembles, premiering pieces and new arrangements by various Estonian composers. Over recent years Tui has had a fruitful cooperation with Icelandic composer Páll Ragnar Pálsson.
Caput Ensemble
This is how our work was described by Nordic composers when Caput received the 2011 Council of Nordic Composers prize for the advancement of contemporary Nordic classical, electro acoustic and art music. The prize was awarded during the 2011 Nordic Music Days in Harpa Reykjavík. Is there more to say? Our emphasis has been first; new Icelandic music, second; new Nordic music; third; new music from the rest of the world; Japan, Italy, Romania, Northern Ireland, China …
Caput ensemble was founded in 1987 by young Icelandic musicians. It started as a small chamber group but grew rapidly to a sinfonietta with up to 20 players. The size of Caput has always been flexible. Each member can stand out as a soloist and the ensemble plays duos, trios, quartets, octets etc.
The “childhood” of Caput was spent in Iceland but since 1992 the ensemble has given numerous concerts abroad. The first tour was organized by Italian composers and Gaudeamus in Holland with concerts in Amsterdam, Bonn and Milan.
Living so far away from everyone, recordings are perhaps our most important task. Our debut CD was made for the Italian label Stradivarius in 1993 with music by Aldo Clementi and Riccardo Nova who both travelled up north to attend rehearsals and recordings. Caput has now made 23 CDs for labels in Iceland, Denmark, Sweden, Italy, England and the United States. Besides we have recorded single (and up to 3) tracks for at least 12 different CDs.
The Caput CDs include 5 for the Swedish label BIS, 2 for Naxos and several for local labels like Bad Taste and Iceland Music Information Centre. Most of the music is the tough, intense and delightful modern music we usually perform in concerts but you can also hear music for children (Haukur Tómasson: Grannmetislög) and much lighter music performed by the strictly commercial version of Caput: The Caput Session Ensemble.
Countless Icelandic composers have worked with CAPUT, some of them from the beginning like Atli Heimir Sveinsson, Haukur Tómasson, Snorri Sigfús Birgisson, Atli Ingólfsson, Hróðmar Ingi Sigurbjörnsson, Sveinn Lúðvík Björnsson and Áskell Másson. The reinforcement of the younger generation is of course important. For few years now we have made several projects with Anna Þorvaldsdóttir, both concerts and recordings.
CAPUT is an independent ensemble supported by the Icelandic Ministry of Culture and City of Reykjavík. Conductor and clarinetist, Guðni Franzson and flutist Kolbeinn Bjarnason have been the artistic directors and managers from the beginning.
“Through their earnest, skillful and passionate work – including dozens of CD-releases, touring and participation in many of our foremost festivals – Caput has gratified innumerable listeners with their artistically eminent performances of contemporary music by Nordic composers, ever since it was founded in 1987.”