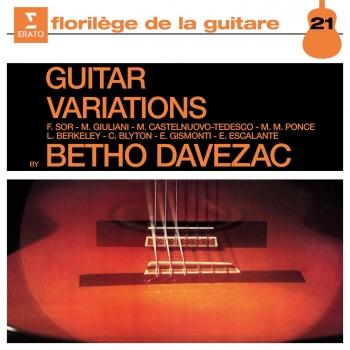 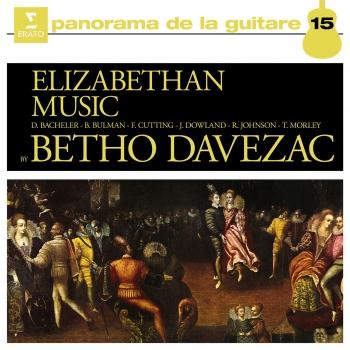 Betho Davezac
began to play the guitar at the age of six. His first teacher was his father, a conservatory professor. Davezac soon showed great promise and studied harmony and counterpoint with the composer Guido Santórsola who at the time was living in Montevideo.
Davezac later attended masterclasses by Andrés Segovia and Alirio Diaz, and led a very active musical life in Uruguay. He was one of the founders of 'Grupo Artemus' which won the Uruguayan Critics' Society prize for the best chamber ensemble in 1965. In 1966 he left Uruguay and went to live in Paris. He soon established himself as a teacher of the classical guitar. He was a prizewinner in the 8th Concours for Guitar held by Radio France in 1966, and later won first prize in both the 1967 Ville de Liège Competition and the 1969 Citta di Alessandria Competition. His 1974 recording of Elizabethan music was awarded the Grand Prix International du Disque by the Charles Cros Academy. In 1984 he directed the audio-visual spectacle fro narrator, synthesiser, guitar orchestra, Le Chant du Monde by Reginald Smith Brindle.
Davezac, who has become a French citizen, performs and gives masterclasses throughtout Europe, South America and Japan. He is a professor of guitar at the Conservatoire de Paris XV and also at the Ecole Nationale de Musique de Meudon. From 1981 to 1988 he was the Artistic Director of the Festival de Sable. He is also the founder and director of the guitar ensemble Harmonique 12.