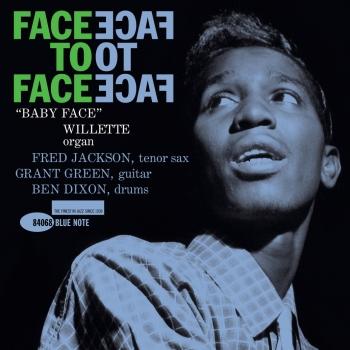 Baby Face Willett
Highly underrated as a soul-jazz organist due in large part to a scanty discography, Baby Face Willette remains a somewhat mysterious figure, a quiet, reserved man who disappeared from the jazz scene after the first half of the '60s. Born Roosevelt Willette on September 11, 1933 (there is some dispute as to whether he was born in New Orleans or Little Rock), his parents were heavily involved in the church, and thus his music had deep roots in gospel. Studying with his pianist uncle Fred Freeman, Willette played in several gospel groups as a teenage pianist and soon branched out into R&B, which gave him the opportunity to tour the country with numerous outfits. He settled in Chicago for a time and began concentrating on jazz organ in 1958, but didn't make much headway on the scene until he moved to New York and met Blue Note mainstays like Lou Donaldson and Grant Green. He played on Donaldson's Here 'Tis and Green's Grant's First Stand in January 1961, and the same month recorded his own debut, Face to Face. A few months later, he recorded the follow-up, Stop and Listen, which is generally regarded as his best work. After that initial burst of activity, Willette went on to form his own regular trio in 1963, and moved over to the Argo label, where he recorded two sessions in 1964: Mo-Roc and Behind the 8 Ball. He had a regular engagement at a South Side Chicago lounge from 1966-1971 (approximately), but largely vanished from the jazz scene afterwards and died in obscurity. (Steve Huey, AMG)