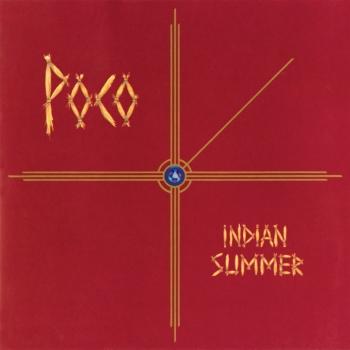 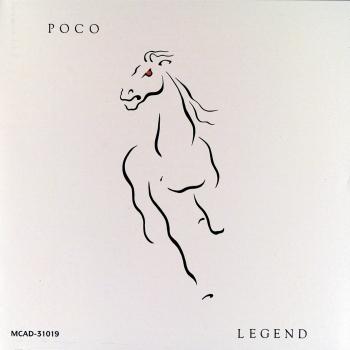 Poco
was formed in August, 1968 by guitarists Richie Furay and Jim Messina, who had just left Buffalo Springfield. The pair enlisted the help of session man Rusty Young who had played steel guitar on some tracks recorded by their former band. Young introduced them to drummer George Grantham, while bassist Randy Meisner left his former group, The Poor, to round out the quintet. Among the others that auditioned but not chosen was Gregg Allman. Calling themselves Pogo, (with a "g") the band debuted a month later at the Fillmore West, opening for The Steve Miller Band and Sly And The Family Stone. After building up an local following, they were forced to change their moniker, which they had openly pilfered from Walt Kelly's comic strip of the same name, when Kelly filed suit. They settled on Poco because it sounded like the original name that fans had come to know.
Several record companies had considered signing Poco, but Richie Furay's contract with Atlantic caused some problems. The band was eventually signed to Epic Records in 1969 after the label traded Graham Nash to Atlantic, where he would record with Crosby, Stills And Nash. The group was set to record their first album when Randy Meisner announced that he was leaving to join Rick Nelson's Stone Canyon Band. He would later become part of Linda Ronstadt's Stone Ponys and go on to help form The Eagles in 1971. Poco continued as a quartet and released their first album, "Pickin' Up the Pieces", which sold over 100,000 copies. Eventually, they hired bassist Timothy B. Schmit, who had originally auditioned for the band, but lost out to Meisner.
The five members of Poco then recorded a self titled L.P. and a live album called "Deliverin'" before Jim Messina quit, saying he was tired of the hectic touring. He would later find success when he teamed up with Kenny Loggins to form one of the most popular duos of the seventies. Messina's replacement was guitarist Paul Cotton, who stayed for three modest selling albums. Frustrated by the band's failure to find a break out hit, Richie Furay also quit after 1973's "Crazy Eyes". After a failed super-group called Souther-Hillman-Furay, he would pursue an unrewarding solo career before turning his attention to religion. Although Furay's departure was a setback, Poco's next four albums through 1977, sold better than the previous efforts. In January, 1978, drummer George Grantham also left the band.
With Rusty Young as the only original member, Poco released an album called "Legend" which climbed to the #14 spot on Billboard's Hot 200 album chart. The group now contained keyboard player Kim Bullard along with a pair of Englishmen, Steve Chapman and Charlie Harrison, who had played together for eight years with Leo Sayer and Al Stewart. This was the line-up that finally found commercial success in 1979 with "Crazy Love", which reached #17 and "Heart Of The Night", which made it to #20. Unfortunately, Poco quickly fell off the charts as fast as they had climbed it. Subsequent albums returned to the band's previous sales levels and the group began a slow decline until their break-up in 1984.
In 1989 the original line-up of Poco, Furay, Messina, Young, Grantham and Meisner, re-formed, recording a highly successful album called "Legacy" which produced two Top Forty hits, "Call It Love" (#18) and "Nothin' To Hide" (#39). The group toured throughout 1990, but old tensions flared and Furay, by now a minister in Boulder, Colorado, left again.
Fragments of Poco toured throughout the '90s with new members coming and going, but in early 2000, Paul Cotton, Rusty Young and George Grantham got back together again, along with Jack Sundrud. In the Spring of 2003, this new version of Poco released "Running Horse", their first new album in thirteen years, backed by a year's worth of tour dates. The album however failed to generate much interest and couldn't crack Billboard's Hot 200 LP chart.
In July of 2004, Grantham suffered a stroke during a live performance and was subsequently replaced by Tim Smith. It took until 2009 for Grantham to occasionally appear with the band again, but his contributions were limited to vocals only. A new album called "Bareback at Big Sky" was released in 2005 and "The Wildwood Sessions" was issued in 2006. Richie Furay and Jim Messina returned for several 2008 Poco performances as well as a tour of California in 2009, which ended at the Stagecoach Festival in Indio, California, where they were joined by Timothy B. Schmit and George Grantham. In early 2010, Cotton abruptly left Poco over a contractual dispute and Nashville session man Michael Webb took his place. In January 2011, Poco started work on a new studio album in Nashville, tentatively titled "Long in the Tooth but Short in the Hair".
In 2012, Poco still had a busy touring schedule, appearing in concerts across the United States, but at the end of 2013, a now 68-year-old Rusty Young decided to announce his retirement. Only a few shows were booked into 2014, but one of those produced a DVD documentary that captured the band's live act. Although no other tours or recording projects were planned, Rusty Young continued to make guest appearances with former members of Poco and other Country / Rock artists.
Poco was inducted into the Colorado Music Hall of Fame at the Paramount Theatre in Denver, Colorado on January 9, 2015 during a ceremony which featured a performance by band members Paul Cotton, Richie Furay, Timothy B. Schmit and Rusty Young. As of 2015, though not touring full-time, Poco continued to play isolated dates around the US. Their official website showed only a handful of shows slated for 2017.