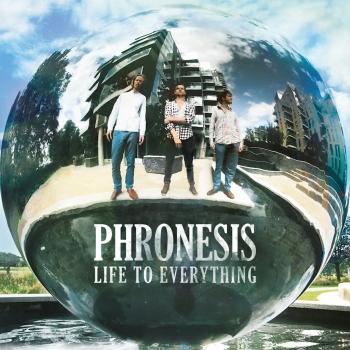 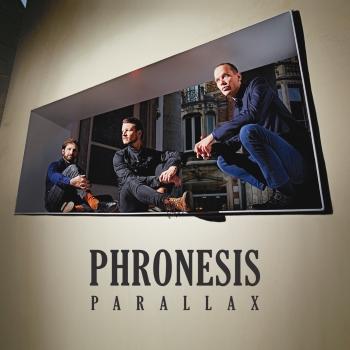 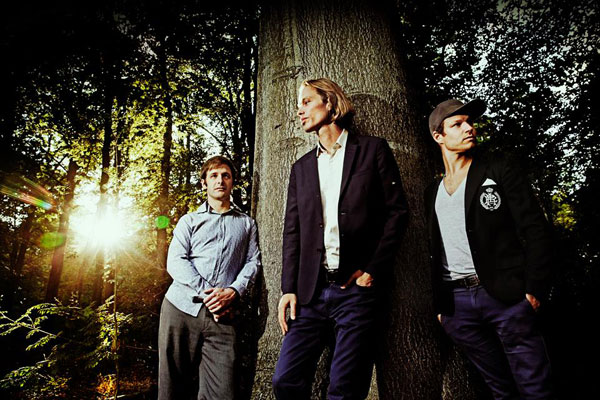 Phronesis
Scandinavian/British jazz trio Phronesis have the ability to excite, inspire and move people in a way that few bands are able to do. Led by London-based Danish double-bass player Jasper Høiby, their charismatic live performances have captured the hearts and minds of audiences worldwide and prompted Jon Newey (Editor of Jazzwise Magazine) to describe them as “the most exciting and imaginative piano trio since EST”.
In 2013 Phronesis began the year touring in Australia, Scandinavia, Germany, Switzerland and the UK. They returned to North America in the summer to perform at Montreal, Vancouver and Edmonton jazz festivals in Canada and Rochester Jazz Festival and the Jazz Standard NY in the USA. In September the trio toured on the West Coast of the USA for the first time, including two performances at the Monterey Jazz Festival, and in October they repeated their extraordinary ‘Pitch Black’ project for three shows in Belgium. The trio recorded their fifth album of brand new material, live in the round, over three sold out EFG London Jazz Festival performances in November. The album, titled ‘Life To Everything’ was released in April 2014 on Edition Records.
In 2012 the trio rose to the peak of their creative power with fourth album, Walking Dark (Edition). Described in a 5* review in BBC Music Magazine as “arguably the best disc yet from one of the best of the bunch of contemporary bands”, it is the first album in which all members of the band contribute to the writing as well as the arranging. The album launch saw the trio touring in Germany, the Netherlands, Denmark, Belgium, Spain, France, Romania, Ireland and the UK including performances at Istanbul, Vitoria, Palatia, C- Mine and Copenhagen Jazz Festivals. Earlier in the year Jasper Høiby was awarded the Copenhagen Jazz Festival’s ‘Young Spirit Award’ and in June the trio won the ‘London Jazz Award’ at the London Awards for Art and Performance. With their “rare combination of solid jazz credentials and zeitgeist” (jazz journal), Phronesis have recently been chosen by the International Jazz Festivals Organisation, (as one of only six groups worldwide), for the IJFO new talent support programme, which includes performances for the trio at the 17 IJFO festivals over the coming two years.
In 2011 the trio received an outstanding reception on their first tour of North America, including the Rochester, Montreal and Ottawa International Jazz Festivals and the legendary Jazz Standard club in New York. In August 2011, they premiered their ‘Pitch Black’ project at Brecon Jazz Festival – a performance in total darkness, which was described in a 5-star review by the Telegraph as a ‘unique, unmissable triumph’. ‘Pitch Black’ was also repeated in Germany and to a sell-out house at the 2011 London Jazz Festival in November.
In 2010 Phronesis developed a fierce reputation as one of the most formidable trios in the UK. They were nominated for ‘Best Jazz Ensemble’ in the Parliamentary Jazz Awards, featured on the front cover of Jazzwise Magazine and nominated for ‘Best Jazz Act’ at the prestigious 2010 MOBO Awards. The trio gained increasing attention in Europe, with acclaimed performances at the Banlieues Bleues Festival in Paris, and the Copenhagen and North Sea Jazz Festivals in addition to the Brecon, Glasgow and London Jazz Festivals in the UK. The trio’s third album, Alive (Edition), featuring guest drummer Mark Guiliana (Avishai Cohen/Meshell Ndegeocello), was released in July 2010 to great critical acclaim and chosen as ‘Jazz Album of the Year’ by Jazzwise and MOJO Magazines.
Formed by Danish bass player Jasper Høiby in 2005, the energy and individuality of Phronesis comes from an extraordinary democracy of expression and intuitive empathy between the musicians - British pianist Ivo Neame and Swedish drummer Anton Eger come together with Høiby to create a propulsive groove-driven sound that is utterly accessible despite its underlying complexity. “Phronesis have a precocious compositional strength, hitching striking themes to engaging grooves; they have improv virtuosity to spare, but never show off, and make light of travelling the most devious rhythmic routes.” – the Guardian
The trio’s debut album Organic Warfare was released in November 2007 on Loop Records. Their second album Green Delay was released in June 2009, receiving critical acclaim from The Guardian, Jazzwise (who voted it as one of their top ten albums of 2009) and The Times.