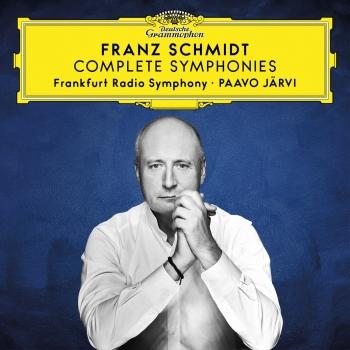 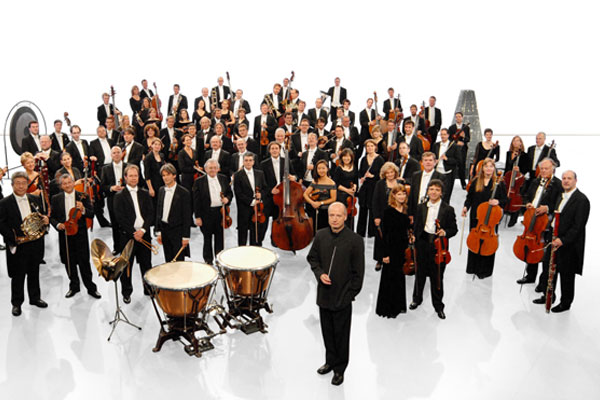 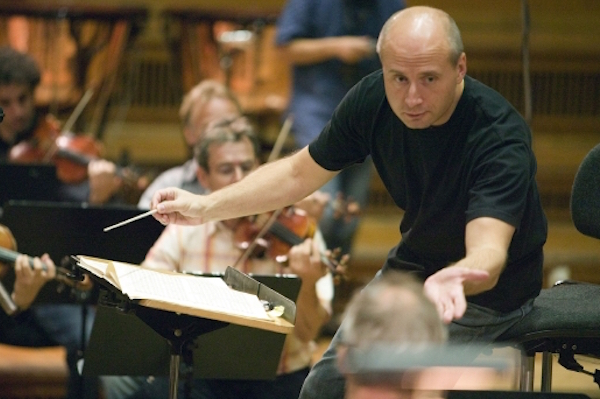 The Frankfurt Radio Symphony Orchestra (hr-Sinfonieorchester)br> is among the best European orchestras today. 85 years after its formation, the long-standing German radio orchestra plays convincingly in all styles and periods – from Baroque to contemporary avant-garde – reflecting the ensemble’s flexibility, open-mindedness and high technical excellence. With a wide variety of concerts and CD releases, the symphony orchestra of the Hessischer Rundfunk (German Public Radio of Hesse) has celebrated worldwide success and is a prestigious guest on renowned international stages such as at the »Proms« in London, the »Concertgebouw« in Amsterdam, and in places like Vienna, Salzburg, Paris, Budapest and Prague, Japan and China.
Rising to prominence in the 1980s with its ground-breaking CD recordings, which set new standards in the Romantic and Late Romantic repertoire, the Frankfurt Radio Symphony Orchestra is considered an internationally leading Mahler and Bruckner Orchestra. This musical tradition, initiated by Eliahu Inbal, has shone through under the aegis of Music Directors Dmitri Kitaenko and Hugh Wolff into the musical work of Paavo Järvi, the current Conductor Laureate.
From its very inception in 1929, the orchestra displayed a firm commitment to both traditional and contemporary music under its first Music Director Hans Rosbaud. Following the war and during reconstruction, the Frankfurt Radio Symphony Orchestra grew with Kurt Schröder, Winfried Zillig and Otto Matzerath at the helm, finally achieving international standing between the 1960s and 1980s under Dean Dixon and Eliahu Inbal, with guest performances worldwide and the production of multi-award-winning records.
Famed for its outstanding wind section, its rich string sound and its culture of dynamic performances, the Frankfurt Radio Symphony Orchestra now offers a broad spectrum of styles. Together with its Music Director Andrés Orozco-Estrada, the ensemble is associated not only with musical excellence but also an interesting and varied repertoire. Experiments and discoveries, both in the area of old and new music, and collaboration with top-class conductors and soloists is just as much a part of its artistic profile as the cross-border Music Discovery Project and numerous well-received children and youth projects.
Paavo Järvi
Järvi’ssecond season as Chief Conductor of the NHK Symphony Orchestra opened on a high when he conducts Mahler’s Symphony No.8 in celebration of the orchestra’s 90th Anniversary. They also performed Mahler to celebrate the 30th Anniversary of Suntory Hall and they will embark on a major European tour in spring 2017 with performances in Berlin, Luxembourg, Paris, Amsterdam, London, Vienna and Cologne.
As Artistic Director of The Deutsche Kammerphilharmonie Bremen, Paavo Järvi and the orchestra returned to Asia for performances across Taiwan and Japan in autumn 2016. Throughout the season they will continue their critically acclaimed Brahms symphony cycle with performances throughout Germany and Switzerland. The first recording of the Brahms cycle is released on Sony’s, RCA label in spring 2017.
In summer 2016, Paavo Järvi concluded his highly successful tenure as Music Director of the Orchestre de Paris and was simultaneously heralded by the French Critics’ Association as ‘Musical Personality of the Year’. Highlights of his six year tenure included conducting the opening concerts of the new Paris Philhamonie which were recorded for i-Tunes and immediately became an international bestseller; the Sibelius Medal in recognition of his achievements in championing the Finnish composer’s music in France: and the release of his highly acclaimed recording of music by Dutilleux on the Erato label which received an Echo Klassik Award for contemporary recording.
Guest engagements see the completion of Paavo Järvi’s extensive Nielsen Symphony Cycle with the Philharmonia Orchestra in London, return visits to the Wiener Symphoniker, Berlin Staatskapelle and performances with the Tonhalle-Orchester Zürich, Budapest Festival Orchestra, and L’Accademia Nazionale di Santa Cecilia. In spring 2017 Paavo Järvi also conducts Don Giovanni at Milan’s Teatro alla Scala as well as orchestral concerts with the La Scala orchestra. He also returns to conduct the Frankfurt Radio Symphony, where he is Conductor Laureate.
The 2016/17 season concludes with a week of performances in mid-July at the Pärnu Music Festival in Estonia. Founded in 2010 by Paavo Järvi, the festival offers both conducting master-classes and concerts. As a festival celebrating the orchestra at its heart, Järvi created a new ensemble which has become the uncontested highlight of the summer season; the Estonian Festival Orchestra brings together leading Estonian musicians with soloists from Europe’s top-ranking orchestras.
With an extensive discography, Paavo Järvi’s latest releases are the complete Nielsen Symphonies with the Frankfurt Radio Symphony on Sony Japan, and Elgar and Walton’s Cello Concertos with Steven Isserlis and the Philharmonia Orchestra on Hyperion. He was named Artist of the Year by both Gramophone (UK) and Diapason (France) in autumn 2015.