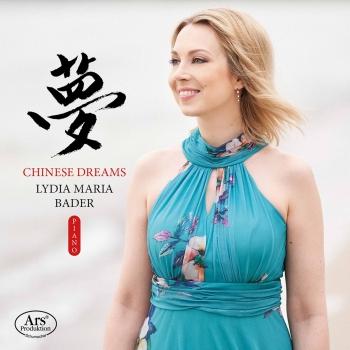 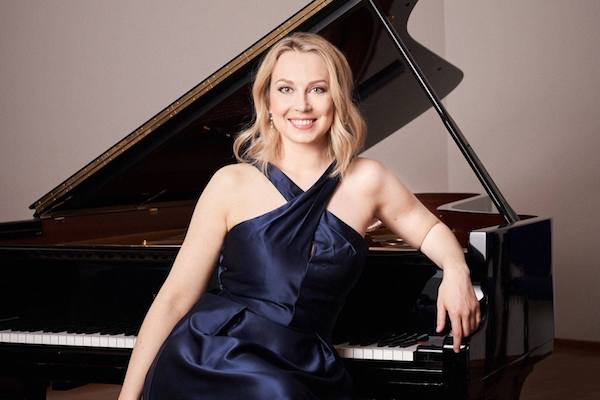 Lydia Maria Bader
Praised for her elegant execution, beautiful tone and remarkable virtuosity, pianist Lydia Maria Bader has been described as “one of the leading pianists of Germany” (Neue Musikzeitung). Audiences and the press alike admire her charming moderation and thematically-conceived programs, which often venture into lesser-known territories of the piano literature and reflect a deep fascination with colorful cultures. After the acclaimed release of the 2014 album “Music of the North,” which featured works from Scandinavia and the Baltic countries, her current focus is on Asian-inspired piano music with the “Chinese Dreams” project (CD release 2020 with ARS Produktion).
Lydia’s active performance schedule spans the globe and has included numerous invitations at German Embassies in Holland, Romania, Russia, Bangladesh and the Ukraine. Her repeated tours in China are celebrated by extensive media attention as the “German Piano Princess”. For her achievements, she was appointed a Cultural Ambassador of the Province of Gansu in 2016. In the summer of 2017, she undertook two concert tours in China, where she taught numerous masterclasses and performed over 20 concerts for more than ten thousand audience members.
Born in Bavaria, Germany, Lydia received her first piano lessons from her father. At the age of fifteen she began her studies at the University of Music and Performing Arts Munich, first with Karl-Hermann Mrongovius, then with Michael Schäfer after graduating from high school, under whom she received her artistic diploma. Other major influences on her artistic development include a year of study at the Conservatoire National Supérieur de Musique in Paris with Michel Beroff and studies at the University of Music and Performing Arts Graz, Austria, with Markus Schirmer. Further artistic inspiration came through masterclasses with András Schiff, Jacques Rouvier, Philippe Entremont, Mikhail Vosskressenky, Pascal Devoyon and Ludwig Hofmann.
A multiple winner of the “Jugend musiziert” competition, Lydia has garnered prizes at several international competitions, including the Flame Competition in Paris and the Glière Competition, among others. She was a recipient of scholarships from the Jürgen Ponto Foundation, "Deutsche Stiftung Musikleben" and Giesecke & Devrient. "One of Germany's leading pianists" neue musikzeitung
As a soloist Lydia has performed with the Chamber Orchestra of the Mozarteum Salzburg, the Philharmonic Orchestra Bad Reichenhall and the Corona Orchestra Gmunden, collaborating with conductors Gert Felin, Simone Fontanelli, Klaus-Dieter Demmler, Eckhard Wagner and Bernhard Koch.
As an artist of the new generation, Lydia is actively involved with social media, warmly sharing impressions from her life and concert tours on Facebook, Instagram and other channels with friends and fans.