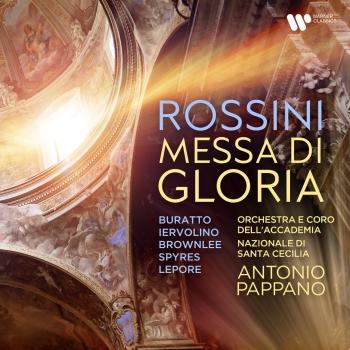 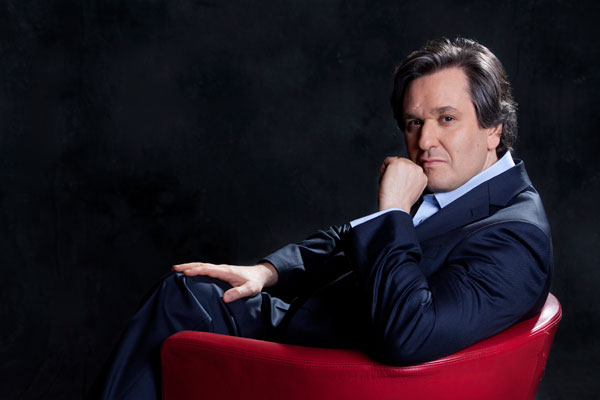 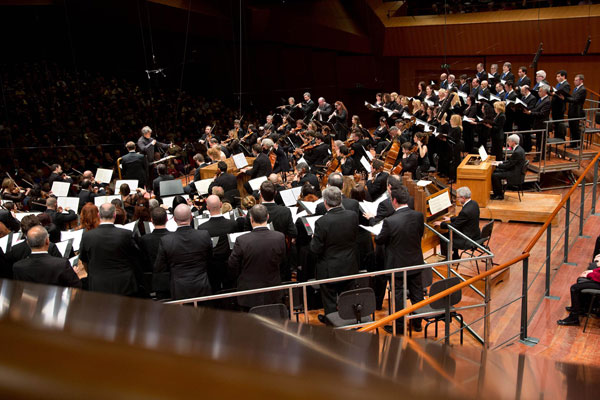 The Accademia Nazionale di Santa Cecilia
is one of the oldest musical institutions in the world. Officially founded in 1585, it has evolved over the centuries from an organization of largely "local" musicians to a modern academy and symphonic concert organization of international repute. Uniting an academic body of 100 of the most illustrious exponents of culture and music with a symphonic orchestra and chorus that are among the most internationally renowned, the Accademia carries out professional musical training and conserves an extremely rich historical patrimony, thus reflecting its own multi-century history.
Antonio Pappano
Currently Music director of the Royal Opera House, Covent Garden and the Orchestra of the Accademia Nazionale di Santa Cecilia in Rome, Antonio Pappano was born in London of Italian parents. At the age of 13 he moved with his family to the United States, where he continued his studies in piano, composition and conducting. Work as a repetiteur and assistant conductor rapidly led to his engagement in theatres throughout the world: New York City Opera, Gran Teatro del Liceu (Barcelona), Frankfurt Opera, Lyric Opera of Chicago and the Bayreuth Festival, where he was assistant to Daniel Barenboim for Tristan und Isolde, Parsifal and the Der Ring des Nibelungen.
In 1987 Pappano made his debut as an opera conductor with La Bohème at Den Norske Opera in Oslo and was appointed Music Director there in 1990. During this period, he also made his conducting debuts at Covent Garden (La Bohème, June 1990), English National Opera, San Francisco Opera, Lyric Opera of Chicago, Théâtre du Châtelet and Berlin Staatsoper.
At the age of 32 Pappano was named Music Director of the Théâtre Royal de la Monnaie and remained in this post for ten years. In 1993, Pappano made a notable debut at the Vienna Staatsoper, replacing Christoph von Dohnànyi at the last minute in a new production of Wagner’s Siegfried, for which he received unanimous acclaim. He made his debut at the Metropolitan Opera, New York, in 1997 with a new production of Eugene Onegin and in 1999 at the Bayreuth Festspiele conducting a new production of Lohengrin. From 1997 – 99 he was Principal Guest Conductor of the Israel Phiharmonic Orchestra.
Pappano has also conducted the Chicago Symphony, the Philadelphia Orchestra, the Cleveland Orchestra, the Boston Symphony, the New York Philharmonic Orchestra, the London Symphony Orchestra, the Philharmonia Orchestra, the Vienna Philharmonic, the Münchner Philharmonie, the Berlin Philharmonic Orchestra, the Royal Concertgebouw Orchestra and the Orchestra de Paris.
He has recorded Don Carlo for EMI Classics (CD and DVD, which received the “Performance of Year Award” from Gramophone) as well as La Bohème, Guillaume Tell, La Rondine (awarded Best Recording of the Year by Gramophone Magazine), Il Trittico, Massenet’s Werther and Manon, Madama Butterfly, Tosca, Il Trovatore, Tristan und Isolde and the Verdi Requiem. His orchestral recordings with the orchestra of Santa Cecilia include Tchaikovsky Symphonies 4, 5 & 6 and Respighi’s Roman Trilogy, Rossini’s Stabat Mater (“Editor’s Choice Award” from Gramophone) and he has also partnered Hanna Chang, Leif Ove Andsnes and Maxim Vengerov in concerto recordings and Ian Bostridge in recital. Antonio Pappano’s Roman orchestra, the Academia di Santa Cecilia, have won Critics’ Choice at the Classical BRIT Awards for their recording of the Verdi Requiem. A more complete discography can be found on the IMG Artists website.
He was awarded ‘Artist of the Year 2000’ by Gramophone, the 2003 Olivier Award for Outstanding Achievement in Opera and the Royal Philharmonic Society Music Award 2004. In May 2012 Antonio Pappano was made a Cavaliere di Gran Croce by of the Republic of Italy. He was recently awarded the Bruno Walter prize by the Académie du Disque Lyrique in Paris.
In recent seasons, Antonio Pappano made his operatic debut at the Salzburg Festival (Don Carlo) and the Teatro alla Scala (Les Troyens) as well as new productions of Parsifal, Les Vêpres Siciliennes and Manon Lescaut at the Royal Opera House.
This coming season, he conducts both the London Symphony Orchestra and the Accademia di Santa Cecilia on tours in Europe and Japan. At the Royal Opera House, he conducts new productions of Guillaume Tell and King Roger.
In January 2012 Antonio Pappano received a Knighthood for his services to music.