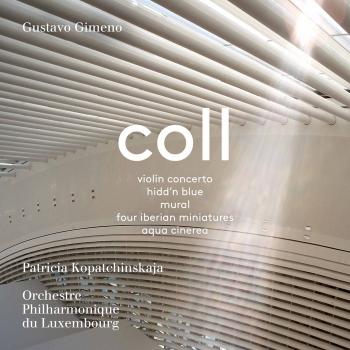 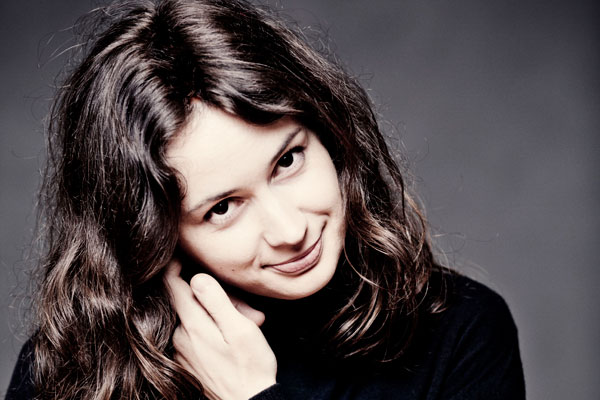 Patricia Kopatchinskaja
Violinist Patricia Kopatchinskaja’s versatility shows itself in her diverse repertoire, ranging from baroque and classical often played on gut strings, to new commissions and re-interpretations of modern masterworks. Kopatchinskaja’s 2017/18 season commences with the world premiere of her new project Dies Irae at the Lucerne Festival where she will be ‘artiste étoile’. Dies Irae is her second staged programme following the success of Bye Bye Beethoven with Mahler Chamber Orchestra in 2016, and uses the theme from the Latin Requiem Mass as a starting point for her new concept featuring music from Gregorian Chant and Early Baroque to Giacinto Scelsi and Galina Ustwolskaja. The North American premiere will take place at the Ojai Festival in June 2018 where Ms. Kopatchinskaja will be Music Director. György Ligeti’s Violin Concerto is again a feature of Kopatchinskaja’s season – she will perform it with the Mahler Chamber Orchestra at the Enescu Festival in Bucharest under Rafael Payare, Orchestra Sinfonica Nazionale della RAI, and Aurora Orchestra under Nicholas Collon as part of the Southbank Centre’s Ligeti weekend where she will also perform the Horn Trio with Pierre-Laurent Aimard and Marie-Luise Neunecker. The Stravinsky Violin Concerto will also be a prominent work which she will perform with the London Philharmonic Orchestra under Alain Altinoglu in London, on tour around Europe, with Teodor Currentzis and the Tonhalle-Orchester Zürich and with Gustavo Gimeno and the Rotterdam Philharmonic Orchestra.
Last season’s highlights included Kopatchinskaja as Artist in Residence at four major European venues and festivals: at the Berlin Konzerthaus, the Lucerne Festival, London’s Wigmore Hall and the Kissinger Sommer Festival. She also embarked on two major European tours; with Orchestre Philharmonique du Luxembourg under Gustavo Gimeno and with Wiener Symphoniker and Musica Aeterna both under the baton of Teodor Currentzis. She performed the Ligeti Violin Concerto with Sir Simon Rattle and the Berliner Philharmoniker, Filharmonica della Scala under Andrés Orozco-Estrada, and the Finnish Radio Symphony Orchestra under Jukka-Pekka Saraste. She also made her debut with the Gothenburg Symphony and Peter Eötvös performing his Violin Concerto DoReMi. Continuing her regular collaboration with the London Philharmonic Orchestra, she appeared with them in London and New York under Vladimir Jurowski.
Chamber music is immensely important to Kopatchinskaja and she performs regularly with artists such as Markus Hinterhäuser, Polina Leschenko, Anthony Romaniuk and Jay Campbell appearing at such leading venues as the Berlin Konzerthaus, London’s Wigmore Hall, Vienna Konzerthaus and Concertgebouw Amsterdam. She is also an Artistic Partner with The Saint Paul Chamber Orchestra and performs with the ensemble regularly, both in Saint Paul and internationally. They undertook a major European tour together in November 2016, to coincide with the release of a new CD recording of Schubert’s Death and the Maiden. In 2017/18 she will partner with cellist Jay Campbell in an eclectic programme at New York City’s Armory in October, and for a series of recitals around Europe with pianist Polina Leschenko including London’s Wigmore Hall, Berlin’s Boulez Saal and the Vienna Konzerthaus.
A prolific recording artist, the last few seasons have seen a number of major releases; an album of Kancheli’s music with Gidon Kremer and the Kremerata Baltica, a disc of duos entitled TAKE TWO on Alpha Classics, a recording of Schumann’s Violin Concerto and Fantasy with WDR Sinfonieorchester Köln under Heinz Holliger for Audite, and Tchaikovsky’s Violin Concerto with Teodor Currentzis and Musica Aeterna on the Sony label. Kopatchinskaja’s release for Naïve Classique featuring concerti by Bartók, Ligeti and Peter Eötvös won Gramophone’s Recording of the Year Award in 2013, an ECHO Klassik Award and a 2014 Grammy nomination. Her latest release Death and the Maiden, for Alpha with The Saint Paul Chamber Orchestra has received great critical acclaim.