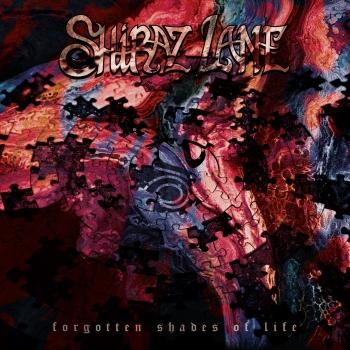 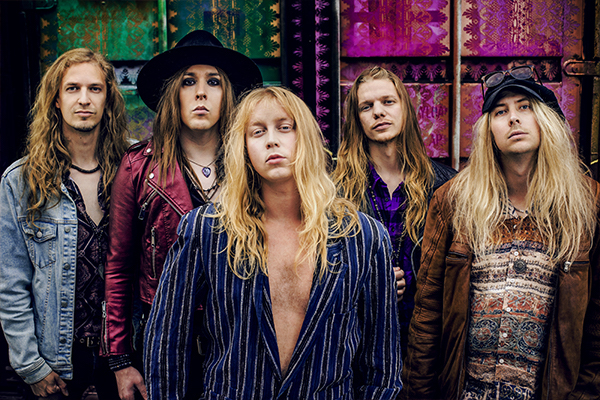 Shiraz Lane
The story of Shiraz Lane began in 2011 (Vantaa, Finland) as a group of five had an ambition to form a new generation Rock band, through which it could channel its raging creativity and passion for music. After a couple of years of soul searching, the band started to blossom and reach its anticipated potential when the current desirable line-up was solidified in 2014.
Shiraz Lane wreaks of creative variety, which resonates through their double-edged guitar sound (produced by lead guitarist Jani Laine and rhythm guitarist Miki Kalske), groovy-yet-solid ground-pounding (Ana Vilkkumaa, drums & Joel Alex, bass) and the unmistakably high-soaring melodies chanted by lead singer Hannes Kett.
Despite their relative youth, they are already veterans of the circuit in their homeland and have developed a reputation for being uncompromising, loud, and most of all the genuine article. Although wearing inspiration and paying homage to their predecessors like Aerosmith and Guns N’ Roses, their sound and music has developed into its own thing during the years.
Shiraz Lane’s debut five track EP “Be The Slave Or Be The Change” was released in the spring of 2015. It was extremely well received by both public and the press and the single ”Mental Slavery” could even be described as an underground hit. Following this mini-record the band released four EP supporting music videos, toured the biggest national summer festivals and played in Toronto (Canada), Tokyo (Japan) & Wacken Open Air in Germany. In the autumn of 2015 Shiraz Lane embarked on an extensive national tour, playing the biggest club venues in Finland as a supporting act. The hype culminated with a worldwide record deal with Frontiers Music Srl, which was signed and sealed in September 2015.
Although music is not a matter of competition, it might be suitable to list winning the Hard Rock Rising 2014 and Wacken Metal Battle 2015 competitions as past merits. Their debut album “For Crying Out Loud” was released worldwide in April 2016, and was a success story from the beginning, achieving 6/7 stars in Metal Hammer Germany and a lot of praise by the biggest Finnish music magazine Soundi.
The young rockers spent the following summer playing festivals and packed their gear for a two months long European tour with Lordi in the Fall of 2016, before heading to their first headliner tour in February 2017 in Spain. Shiraz Lane stayed extremely busy throughout the year 2017 composing, producing and recording their second album in collaboration with the Swedish producer Per Aldeheim.
The first single ”Harder To Breathe” was released on October 11th 2017, accompanied by a music video. “HTB” turned out to be the first bullseye on radio with a playlist spot and hundreds of prime-time airings on Finland’s biggest rock radio, Radio Rock. Straight after the release Shiraz Lane continued to yet another extensive European conquest opening for Brother Firetribe. Homecoming party manifested itself as joining the almighty Deep Purple in sold out Helsinki Ice Hall only days later.
The 2nd full length album, ’Carnival Days’’ was released in February 2018 and music videos for ‘’People Like Us’’ and ‘’The Crown’’ were released. Shiraz Lane continued on to play countless shows in Europe and Finland throughout 2018. In November of 2018, Shiraz Lane joined forces H.E.A.T for a month-long European adventure.
2019 started off with another new ground covered as the band was featured on national television. YLE’s “Mullan Alta” challenged the tour-marinated bunch to dig into works of poet Uuno Kailas (1901-1933) and turn his writings into a song. “Paljain Jaloin” was premiered in the hour-long episode and was – still is, Shiraz Lane’s only time performing in Finnish.
More shows and writing were the natural continuum and that writing turned into “Vibration I” EP. During the process, in June 2019, Shiraz Lane announced changing their record label to Ranka Kustannus which is operated by the legendary Riku Pääkkönen (the man behind the uprising of bands such as Nightwish and Children Of Bodom). The first Ranka-release was the sexy groove in “Do You”, followed by more arena rock singalong in “Revolution”. The new material was received well and loud in Brazil, when Shiraz Lane did their first (headline) shows in South America.
The year of 2019 and a beloved venue, Nosturi (Helsinki) were wished goodbye simultaneously while ending a Finnish tour there. “To the Moon & Back” was just released and started to gain momentum* (* – scientific study – observed by the amount of shaking booty you can see from the stage). The loan from the Australian pop duo Savage Garden went to radio and spiked the band’s streaming numbers.
2020 was received with great joy under the Caribbean sun, playing Monsters of Rock Cruise (Miami-Mexico). “Vibration I” was released and celebrated with Shiraz Lane’s first headlining European tour. The two weeks with no days off ended at Paunchy Cats, Germany on March 7th, 2020. The fun was put on hold by Covid-19 right after. Shows in Finland and abroad were getting canceled and the world was confused, team Shiraz included. Doing nothing was not the answer and so a studio was booked. “Broken Into Pieces” was recorded with Joonas Parkkonen and released as a standalone single in September 2020.
With no end in sight for the pandemic, the band saw the time in hand as an opportunity to seize. “Vibration II” – a follow-up EP in plans got discarded and decision to do a full-length album was born.
The album soon-to-be-named was recorded in countryside idyll of Lammaskallion Audio, Tuusula, fall of 2021. After the countless hours at rehearsal place and likely as much on the road – it was a natural thing to approach this one live. The whole band at once, just like at Shiraz HQ or and stage. Raw, organic and honest is what producer Juho Salaterä captured during the month-long lock-in.
Late 2021, “Fake Perfection” was the first song released and introduced the crowd to Shiraz Lane’s less polished, traditional hard rock kind of drivey sound.