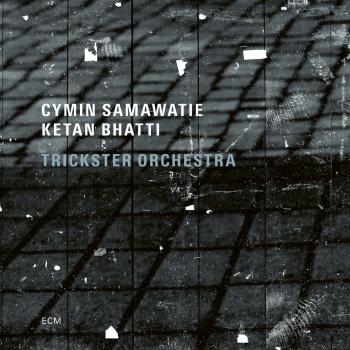 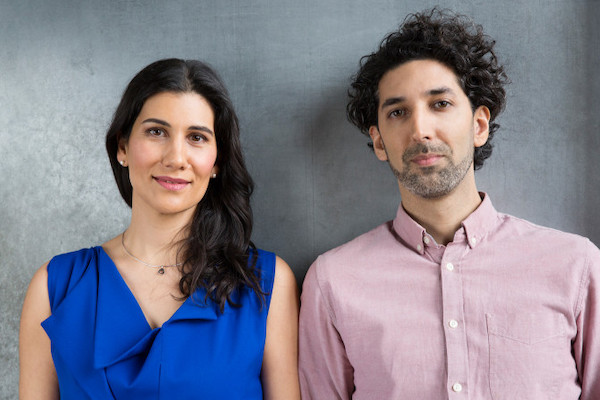 Cymin Samawatie
studied classical music at the Hanover University of Music and Drama with a focus on piano and percussion, and jazz singing at the Berlin University of the Arts. With her quartet Cyminology, whose last three recordings were released on the Munich label ECM, she combines chamber jazz with Persian poetry by Rumi, Hafiz, Khayyam and Forough Farrokhzaad, among others. Cymin Samawatie has composed works for projects including the Osnabrück Morgenland Festival, Female voice of Iran Orchestra, Divan Berlin Istanbul, Neuköllner Oper, Komische Oper, Elbphilharmonie and for Polymorfilms Brussels.
Her artistic work has been honored with the German World Music Award RUTH 2018, the German creole World Music Award and numerous other awards.
Cymin Samawatie was a scholarship holder at the Tarabya Cultural Academy in 2018 and 2020.
Trickster Orchestra
was founded in 2013 by Cymin Samawatie and Ketan Bhatti, first named Divan der Kontinente. The orchestra was born out of a collaboration of Cymin Samawatie and members of the Berlin Philharmonic Orchestra, which prompted her to create an ensemble for musical experiments uniting members of Berlin’s free and independent music scene and institutionalized ensembles.
In 2015, Trickster Orchestra received international attention after its performance at Jazzfest Berlin, described by festival director Richard Williams as one of the most exciting orchestras from the German capital. After concerts in Europe and Western Asia, the orchestra initiated its own projects, including Modara – Festival for Contemporary Music and Divan Berlin-İstanbul – TransPositions between Poetry and Music.
Ketan Bhatti
Composer and percussionist Ketan Bhatti is a border crosser between different genre and cultural worlds. His work ranges from contemporary chamber music, experimental music and dance theater to electronic, hip-hop based productions. Since 2003 he has worked regularly with his brother Vivan Bhatti for theatre productions of directors like Nuran David Calis at the Deutsches Theater Berlin and Schauspiel Köln, among others. Ketan and Vivan Bhatti's music theatre pieces are based on collaborations with authors such as Feridun Zaimoglu or Roland Schimmelpfennig and have been premiered e.g. at the Neuköllner Oper , the Tischlerei of the Deutsche Oper Berlin or the Staatsoper Hannover. Ketan Bhatti can look back on numerous publications and international concerts, as well as scholarships and awards from the German Music Council, the Berlin Senate and the Goethe Institute. For his concerto for jazz and new electronic music performed with Simon Stockhausen, Ketan Bhatti was awarded the Karl Hofer Prize 2008. From January to June 2017, Ketan