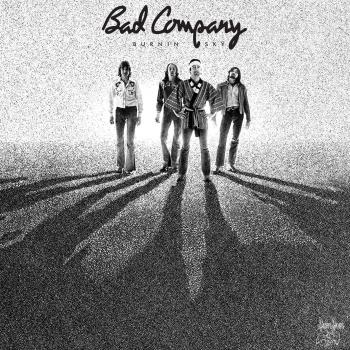 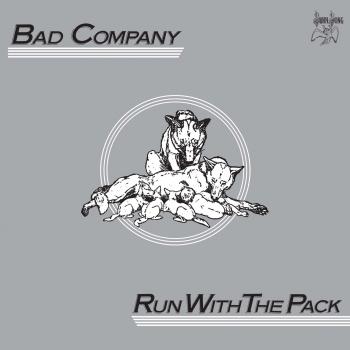 Run With The Pack (Deluxe - Remastered) 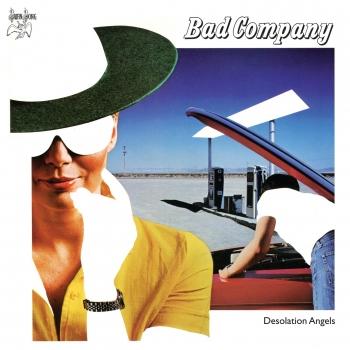 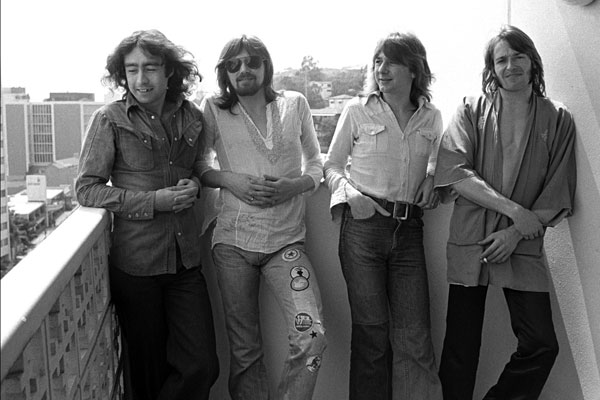 Bad Company
One of the most acclaimed bands of the classic rock era, England's Bad Company has put its indelible stamp on rock 'n' roll with a straight-ahead, no-frills musical approach that has resulted in the creation of some of the most timeless rock anthems ever. Led by the incomparable singer and songwriter Paul Rodgers, arguably the finest singer in rock 'n ' roll and a huge songwriting talent.
Formed in 1973, Bad Company came to life when Rodgers was looking to start anew after the disintegration of his legendary band Free. His powerhouse vocals and songwriting were a main ingredient during Free's impressive five-year run; a period of time that saw the release of seven extremely influential albums that featured Free's minimalist blues-rock approach. Included among Free's dynamic body of work is the 1970 smash, 'All Right Now,' one of the most recognizable rock anthems ever recorded. Lyrics and melody by Rodgers. He was Free’s main songwriter.
Rodgers had met Mott The Hoople guitarist Mick Ralphs and after jamming together and listening to new songs that Ralphs had penned and songs that Rodgers had penned, Ralphs made the decision to leave Mott and form a new band with Rodgers. The duo recruited former King Crimson bassist/vocalist Boz Burrell, added drummer Simon Kirke and Rodgers Christened the band Bad Company. Rodgers’ brought in Led Zeppelin manager Peter Grant and Bad Company became the first band signed to Zeppelin's Swan Song label. 'I had to fight to get the management and the record company to accept the name Bad Company,' explains Rodgers. 'They thought it was a terrible name. Peter Grant called a meeting and the band met beforehand. I told them that I had been through this before with Free as Island Records had wanted to call us the Heavy Metal Kids. We agreed to go in and tell them that we were going to be called Bad Company and that was the end of the story. As soon as Peter heard how strongly I felt about the name, he became very supportive and together we turned the record company around.'
Bad Company was an instant hit worldwide. Their 1974 self-titled debut went platinum five times over and featured the smash hits, 'Can't Get Enough,' (a Number One single) and 'Movin' On' along with electrifying rock anthems like 'Ready For Love,' 'Rock Steady' and the title track. Because of their association with Grant, a unique opportunity arose for them when it came time to record that classic first album in November 1973. 'We were bursting at the seams to get into the recording studio,' says Rodgers. 'Led Zeppelin had a mobile studio together at Headley Grange all ready to go, but they were delayed for two weeks. Peter told us that if we were quick, we could probably use the studio to lay a couple of tracks down. We steamed in and put the entire album down. Headley Grange was very atmospheric. We had the drums set up in the hallway and the guitars in the living room. We did interesting experiments like placing the vocal microphone way out in the fields for the song 'Bad Company.' We recorded that track late at night underneath a fall moon.'
The eight tracks recorded at Headley Grange clearly defined the band's stripped-down sound. Rock, blues and even country influences were skillfully layered within songs such as the beautiful Rodgers-penned ballad 'Seagull,' the straight-ahead rock of 'Movin' On' and 'Rocky Steady.' Also featured from those fertile sessions at Headley Grange are 'Little Miss Fortune,' the brooding blues rock classic 'Ready For Love' and the previously unreleased 'Superstar Woman.' While 'Superstar Woman' ultimately did not become part of Bad Company's catalog, Rodgers' belief in the song never diminished. He would eventually record a new version of the song for 'Cut Loose,' his 1983 solo album. Read more at www.badcompany.com