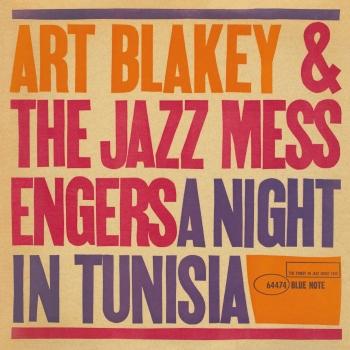 A Night In Tunisia 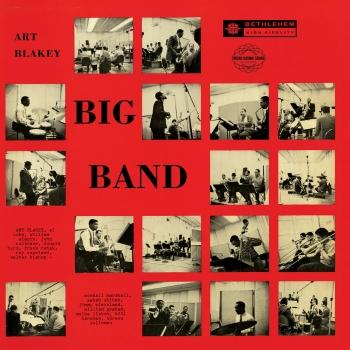 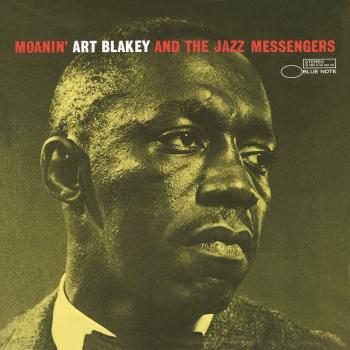 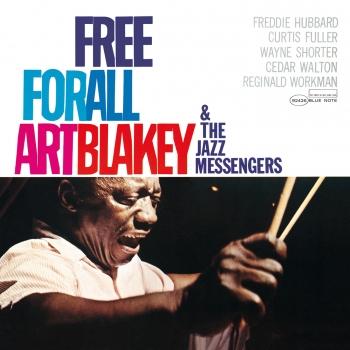 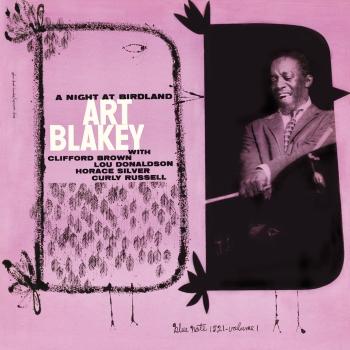 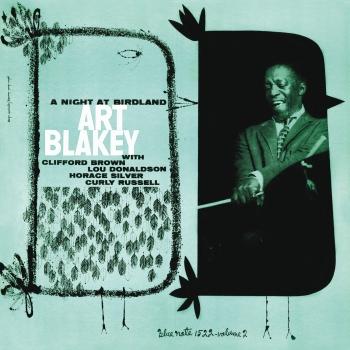 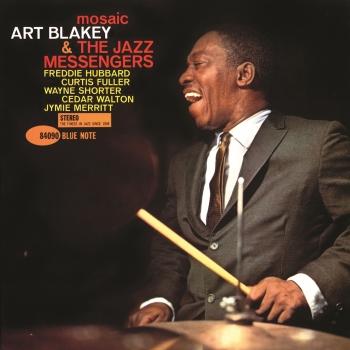 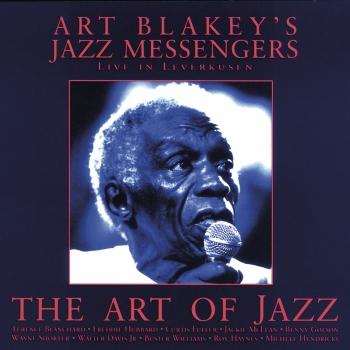 The Art of Jazz - Live in Leverkusen (Remaster) 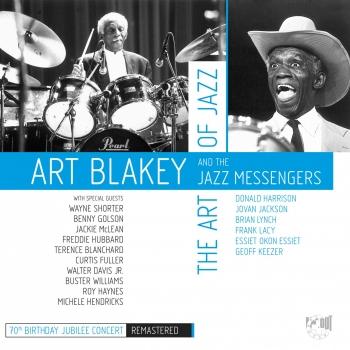 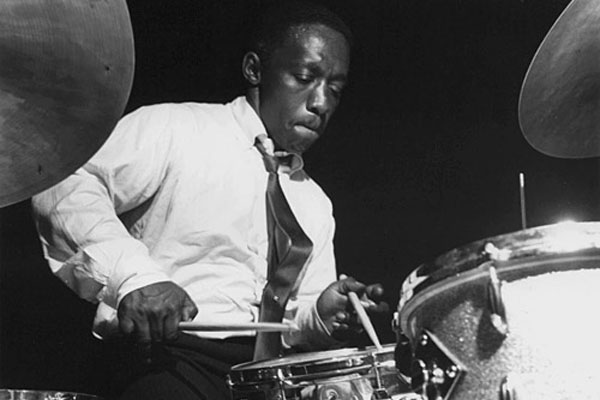 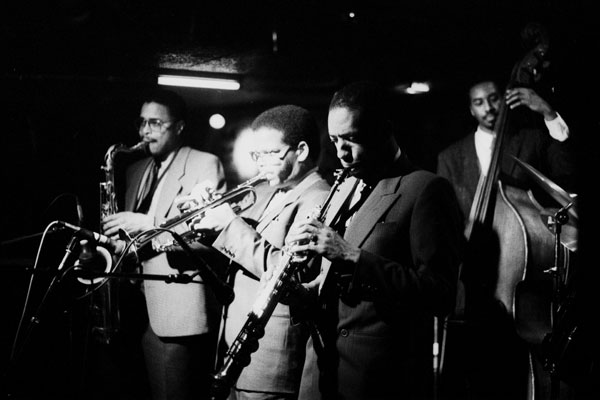 Art Blakey
Born in 1919, Art Blakey began his musical career, as did many jazz musicians, in the church. The foster son of a devout Seventh Day Adventist Family, Art learned the piano as he learned the Bible, mastering both at an early age.
But as Art himself told it so many times, his career on the piano ended at the wrong end of a pistol when the owner of the Democratic Club — the Pittsburgh nightclub where he was gigging — ordered him off the piano and onto the drums.
Art, then in his early teens and a budding pianist, was usurped by an equally young, Erroll Garner who, as it turned out, was as skilled at the piano as Blakey later was at the drums. The upset turned into a blessing for Art, launching a career that spanned six decades and nurtured the careers of countless other jazz musicians.
As a young drummer, Art came under the tutelage of legendary drummer and bandleader Chick Webb, serving as his valet. In 1937, Art returned to Pittsburgh, forming his own band, teaming up with Pianist Mary Lou Williams, under whose name the band performed.
From his Pittsburgh gig, Art made his way through the Jazz world. In 1939, he began a three-year gig touring with Fletcher Henderson. After a year in Boston with a steady gig at the Tic Toc club, he joined the great Billy Eckstine, gigging with the likes of Charlie Parker, Dizzy Gillespie, and Sarah Vaughn.
In 1948, Art told reporters he had visited Africa, where he learned polyrhythmic drumming and was introduced to Islam, taking the name Abdullah Ibn Buhaina. It was in the late ’40s that Art formed his first Jazz Messengers band, a 17-piece big band.
After a brief gig with Buddy DeFranco, in 1954 Art met up with pianist Horace Silver, altoist Lou Donaldson, trumpeter Clifford Brown, and bassist Curly Russell and recorded "live" at Birdland for Blue Note Records. The following year, Art and Horace Silver co-founded the quintet that became the Jazz Messengers. In 1956, Horace Silver left the band to form his own group leaving the name, the Jazz Messengers, to Art Blakey.
Art’s driving rhythms and his incessant two and four beat on the high hat cymbals were readily identifiable from the outset and remained a constant throughout 35 years of Jazz Messengers bands. What changed constantly was a seeming unending supply of talented sidemen, many of whom went on to become band leaders in their own right.
In the early years luminaries like Clifford Brown, Hank Mobley and Jackie McLean rounded out the band. In 1959, tenor saxophonist Benny Golson joined the quintet and — at Art’s behest — began working on the songbook and recruiting what became one of the timeless Messenger bands — tenor saxman Wayne Shorter, trumpeter Lee Morgan, pianist Bobby Timmons and bassist Jymmie Merritt.
The songs produced from ’59 through the early ’60s became trademarks for the Messengers — including Timmon’s Moanin’, Golson’s Along Came Betty and Blues March and Shorter’s Ping Pong.
By this time, the Messengers had become a mainstay on the jazz club circuit and began recording on Blue Note Records. They began touring Europe, with forays into North Africa. In 1960, the Messengers became the first American Jazz band to play in Japan for Japanese audiences. That first Japanese tour was a high point for the band. At the Tokyo airport, the band was greeted by hundreds of fans as Blues March played over their airport intercom and their visit was televised nationally.
In 1961, trombonist Curtis Fuller transformed the Messengers into a proper sextet, giving the band the opportunity to incorporate a big band sound into their hard bop repertoire. Throughout the ’60s, the Messengers remained a mainstay on the jazz scene with jazz greats including Cedar Walton, Chuck Mangione, Keith Jarrett, Reggie Workman, Lucky Thompson and John Hicks. In the jazz drought of the ’70s, the Messengers remained a strong force, with fewer recordings, but no less energy. At a time when many jazz musicians were experimenting with electronics and fusing their music with pop, the Messengers were a mainstay of straight-ahead jazz.
Art’s steadfast belief in jazz music left him well positioned to take advantage of the music’s resurgence in the early ’80s. Art had been working with musicians including trumpeter Valery Ponomarev, tenor Billy Pierce, alto saxman Bobby Watson and pianist James Williams. Trumpeter Wynton Marsalis’ 1980 entrance into the band coincided — and played no small part in — the resurgence of the music in the ’80s.
Throughout the ’80 and until his death in 1990, Art maintained the integrity of the message, incubating the careers of musicians including trumpeters Wallace Rooney and Terence Blanchard, pianists Mulgrew Miller and Donald Brown, bassists Peter Washington and Lonnie Plaxico and many others.
Art died at the age of 71 after a career that spanned six of the best decades of jazz music. The messenger has moved on, but his message lives on in the music of the scores of sidemen whose careers he nurtured, the many other drummers he mentored and countless fans who have been blessed to hear the Messengers’ music. By Yawu Miller, Managing Editor, The Baystate Banner (Boston, MA). Source: www.artblakey.com.