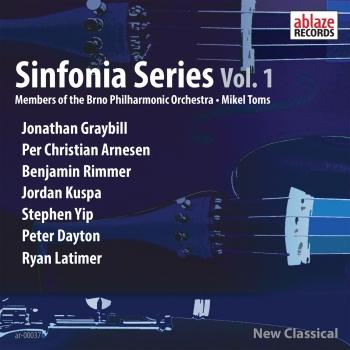 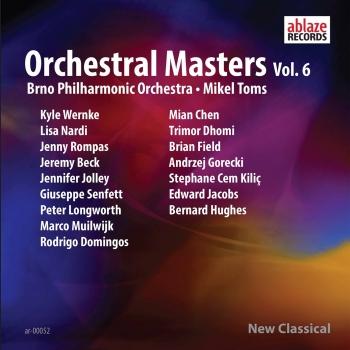 Mikel Toms
British conductor Mikel Toms has worked with many orchestras and ensembles including the Royal Philharmonic Orchestra, London Chamber Orchestra, Oslo Sinfonietta, Ensemble Modern, Brno Philharmonic Orchestra, Janáček Philharmonic Orchestra, City of Prague Philharmonic Orchestra, New Prague Sinfonia, Kazakhstan State Symphony Orchestra, Uralsk Philharmonic Orchestra, Czech Film Orchestra and Elision (Australia’s national contemporary music ensemble).
He has recorded over 25 CDs for many labels including Sony BMG (the world premiere recording of Philip Glass’s Saxophone Concerto), Decca, Métier, Quartz and ABLAZE. He was also the founder of the independent CD label Quartz and is the Director of a successful film and music production company (First Creative) working mainly in the UK and the Czech Republic. He recently appeared in the three-part BBC FOUR television series Romance and Revolution – Musical Masters of the 19th Century.
He has conducted for BBC Radio 3’s Hear and Now programme, has broadcast on Italian, German, Spanish and Irish radio, and has appeared at festivals in London, Bath, Cheltenham, Huddersfield, Belfast, Darmstadt, Innsbruck, Sligo, Almaty, Valencia, Dortmund and Berlin.
Mikel read Music at Oxford University where he conducted a complete performance of Messiaen’s Des Canyons Aux Étoiles at the age of 20. He studied with Peter Eötvös as a member of the International Eötvös Institute Foundation and at the Darmstadt Internationales Ferienkurse where he won the Stipendium Prize for performance. In 1996, he was selected to conduct the Ensemble Modern in a performance of Karlheinz Stockhausen’s Mixtur, in collaboration with the composer.
From 1993 to 2001 Mikel was Artistic Director of the contemporary music chamber orchestra Reservoir. He is now closely associated with the Brno Philharmonic Orchestra with whom he has made many recordings of contemporary and classical repertoire as well as a number of TV and film soundtracks.
He has recorded over 80 new works for orchestra and has collaborated with major composers including Iannis Xenakis, James Dillon, Michael Finnissy, Karlheinz Stockhausen and Harrison Birtwistle.
Mikel is also well-known as a writer and broadcaster about classical music. In addition to his well-known conducting blog, his writing has appeared in The Times, the BBC Music Magazine and other publications. His book Written on the Sky – Five Journeys with Great Composers is scheduled for publication in 2017.
From 1997 to 2000, Mikel was Director of British Youth Opera, the UK’s opera training company.
He is a Fellow of the Royal Society for the Arts.