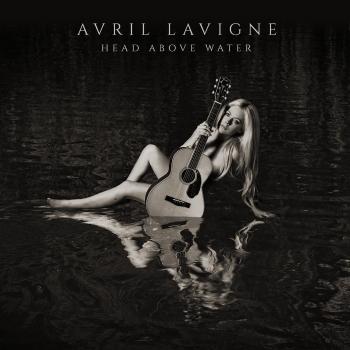 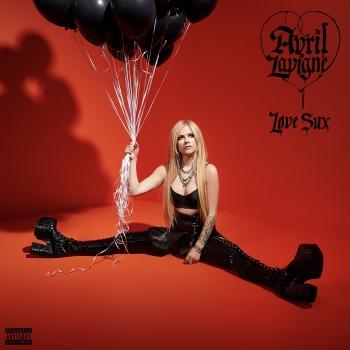 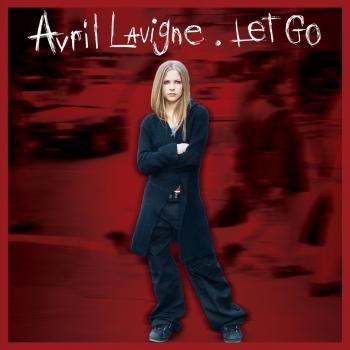 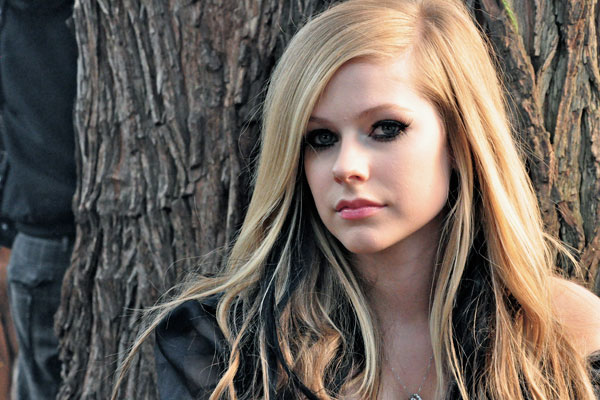 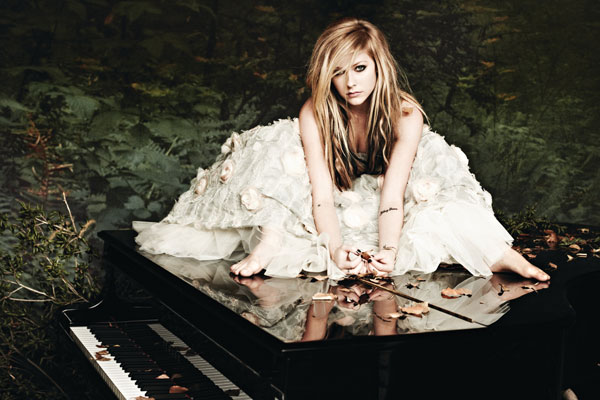 Avril Lavigne
When Avril Lavigne first emerged on the music scene at age 17, she was known as a young, pop-punk tomboy who refused to resort to skin-baring come-ons, preferring to entice the record-buying public with her powerhouse voice, high-spirited melodies, and straight-talking lyrics. Staying steadfastly true to herself and putting music before image paid off both critically and commercially for the small-town girl from Napanee, Ontario. In 2002, Lavigne shot to international pop stardom with the 6x-platinum Let Go, followed by 2004’s 3x-platinum Under My Skin, 2007’s platinum The Best Damn Thing, and 2011’s Goodbye Lullaby, which sold more than two million copies worldwide. Over the course of her decade-plus career, Lavigne has scored a string of international hit singles, toured the globe on multiple sold-out tours, earned eight Grammy Award nominations, won eight Canadian Juno Awards, and sold more than 35 million albums and 20 million tracks worldwide.
A self-taught musician, who plays guitar, piano, and drums, and who writes on every one of her songs, Lavigne had already been singing and performing for several years before releasing Let Go, which featured the smash singles “Complicated” and “Sk8r Boi” and sold more than 16 million copies worldwide. Her second album, 2004’s Under My Skin, debuted at No. 1 on the Billboard Top 200, and sold more than eight million copies worldwide fueled by the hit singles “Don’t Tell Me” and “My Happy Ending.” Four years later came The Best Damn Thing, which featured the No. 1 single “Girlfriend.” Lavigne’s biggest record to date, “Girlfriend” was the top digital track of 2007, selling more than 7.3 million downloads in eight languages. “Here’s To Never Growing Up,” the first single off her self-titled new album (released in November), debuted at No. 1 in 22 countries and was a Top 10 single in 44 countries.
In addition, Lavigne has co-written songs for other artists, such as Kelly Clarkson (her smash hit “Breakaway”), as well as tracks for Demi Lovato and Leona Lewis. Her songs have also graced the soundtracks of such feature films as Eragon, Sweet Home Alabama, Bruce Almighty, Legally Blonde 2, The Princess Diaries 2, The House Bunny, and Alice in Wonderland. (She has appeared as an actress in the films Over the Hedge, Fast Food Nation and The Flock.) In 2010, Lavigne wrote “Alice” for Tim Burton’s film fantasy, which was included on the compilation album Almost Alice. She also brought her best-selling fashion and lifestyle brand Abbey Dawn into the mix, designing “Alice in Wonderland” pieces that were sold in stores in connection with the film’s release.
Lavigne has been wildly successful as an entrepreneur with Abbey Dawn, a youthful collection of apparel and accessories inspired by her life, music, and worldwide travels, as well as three fragrances, Black Star, Forbidden Rose, and Wild Rose. Over the years, she has designed specialty pieces and designated the net proceeds to The Avril Lavigne Foundation, which works in partnership with such organizations as Easter Seals, Erase MS and Make-A-Wish. To date, the Avril Lavigne Foundation has raised more than half a million dollars to provide support to children and youth living with serious illnesses or disabilities through awareness-raising initiatives and grants.
Though devoted to her creative and philanthropic endeavors, music still comes first for Lavigne, who has just released her fifth album, simply titled Avril Lavigne. It finds Lavigne working with new collaborators (Chad Kroeger and David Hodges, with whom she wrote eight songs, as well as Martin Johnson, J Kash, Matt Squire, and others) and experimenting with a wide range of sounds, from nostalgia-tinged, carefree pop (“Here’s To Never Growing Up,” “Bitchin’ Summer,” “17”) to unapologetic rock (“Rock N Roll,” “Bad Girl,” featuring Marilyn Manson) to sassy dub-step-flavored pop (“Hello Kitty”) to her trademark epic ballads, “Hush Hush” and “Let Me Go,” a duet with Nickelback’s Kroeger, whom she married in July 2013. Introduced by Lavigne’s manager, who thought they’d be a good writing team, the two fell in love over the course of making the album.
“I thought working with Chad was a good idea because I thought it’d be a cool experience to write with another performer,” Lavigne says. “He knows what it’s like to have to sell a song in front of a big crowd. He’s a guitar guy. He’s a rock star. He goes through what I go through. We’re both Canadian. To put two people in a room who have the exact same life made sense. We met for the first time in the studio. We bonded over music. In the studio it was Chad, myself, and Dave Hodges. We called ourselves The Tripod. That’s really how this record began. I had just finished a world tour and my job was to go to the studio every day with these guys. We’d wear top hats and smoke cigarettes and order pizza and lay on the floor and write a song every day, just laughing our asses off. I thought Chad was the funniest person ever. It just grew from there.”
With a new husband, a new album, and yet another world tour approaching in 2014, Lavigne is thoughtful about her success, which she attributes to staying true to who she is. When asked what she would say to her 17-year-old self just getting started in the music business, she replies: “I would say just be yourself. Do what you want to do and don't let anyone change you. Know who you are as an artist and where you want to go stylistically and stick to your guns. Fight for who you are.”