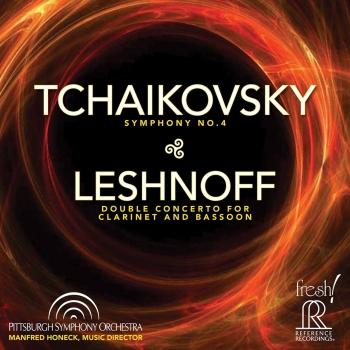 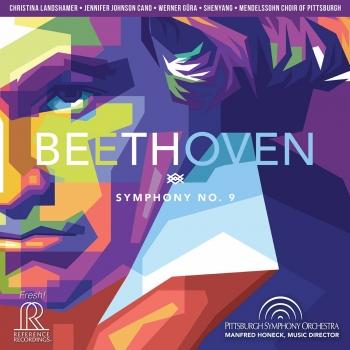 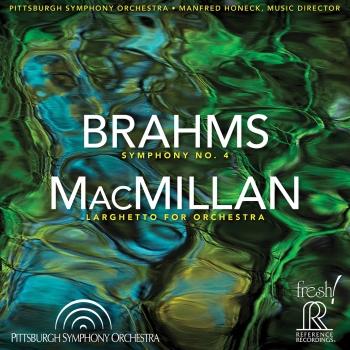 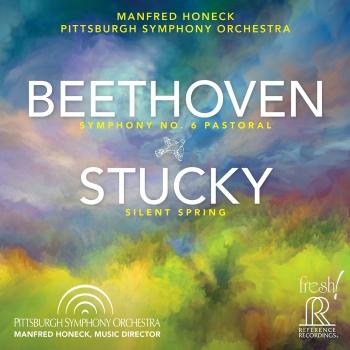 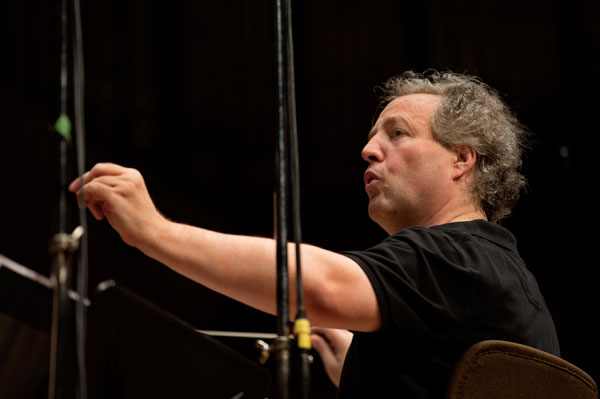 Manfred Honeck
has served as music director of the Pittsburgh Symphony Orchestra since the 2008-2009 season. Together with the Pittsburgh Symphony Orchestra, Honeck's widely celebrated performances and distinctive interpretations continue to receive international recognition. To great acclaim, Honeck and the Pittsburgh Symphony Orchestra regularly perform in major music capitals and festivals, among them the BBC Proms, Musikfest Berlin, Lucerne Festival, Rheingau Musik Festival, Beethovenfest Bonn, Grafenegg Festival, Carnegie Hall and Lincoln Center. Honeck and the Pittsburgh Symphony Orchestra have also built a close relationship with the Musikverein in Vienna. Following a week-long residency in 2012, they will return once again for three performances in the course of an extensive tour of Europe in spring 2016.
Honeck's successful work with the Pittsburgh Symphony Orchestra has been extensively documented on recordings with the Reference and Exton labels. The first SACD released by Reference Records of Strauss tone poems, drew rave reviews. The second recording, of Dvořák's Symphony No. 8 and the Symphonic Suite from Janáček's opera Jenůfa, conceptualized by Honeck himself, was nominated for a Grammy Award. Bruckner's Symphony No. 4 was released in February 2015 to critical acclaim. The next recording, Beethoven 5 & 7, was released in November 2015. Several recordings, among them Mahler's Symphony No. 4, which won a 2012 International Classical Music Award, are also available on the Japanese label Exton.
As a guest conductor, Honeck has worked with the world's leading orchestras including the Berlin Philharmonic, Vienna Philharmonic, Royal Concertgebouw Orchestra, Bavarian Radio Symphony Orchestra, Gewandhausorchester Leipzig, Staatskapelle Dresden, London Symphony Orchestra, Orchestre de Paris and Accademia di Santa Cecilia Rome. In the United States, Honeck has conducted the New York Philharmonic, The Cleveland Orchestra, Chicago Symphony Orchestra, Los Angeles Philharmonic, Philadelphia Orchestra and Boston Symphony Orchestra. He is also a regular guest at the Verbier Festival. In 2013, Honeck gave his successful debut with the Berlin Philharmonic Orchestra, resulting in a CD recording of Dvořák together with Anne-Sophie Mutter for Deutsche Grammophon which received an Echo Klassik award in 2014. The 2015-2016 season sees him return to Bamberg, Stuttgart, Rome, Stockholm and New York, as well as the Munich Philharmonic, London Symphony Orchestra and Royal Concertgebouw Orchestra, among others.
Born in Austria, Honeck received his musical training at the Academy of Music in Vienna. Many years of experience as a member of the Vienna Philharmonic and the Vienna State Opera Orchestra and at the helm of the Vienna Jeunesse Orchestra have given his conducting a distinctive stamp. Honeck began his career as assistant to Claudio Abbado in Vienna. Subsequently, he was engaged by the Zurich Opera House, where he was bestowed the prestigious European Conductor's Award in 1993. Honeck was one of three main conductors of the MDR Symphony Orchestra in Leipzig and in Oslo, he assumed the post of music director at the Norwegian National Opera and was engaged as principal guest conductor of the Oslo Philharmonic Orchestra. From 2000 to 2006, he was music director of the Swedish Radio Symphony Orchestra in Stockholm and, from 2008 to 2011, principal guest conductor of the Czech Philharmonic Orchestra, a position he resumed for another three years at the beginning of the 2013-2014 season.
From 2007 to 2011, Honeck was music director of the Staatsoper Stuttgart where he conducted premieres including Berlioz's Les Troyens, Mozart's Idomeneo, Verdi's Aida, Richard Strauss's Rosenkavalier, Poulenc's Dialogues des Carmélites and Wagner's Lohengrin and Parsifal, as well as numerous symphonic concerts. His operatic guest appearances include Semperoper Dresden, Komische Oper Berlin, Théâtre de la Monnaie in Brussels, Royal Opera of Copenhagen, the White Nights Festival in St. Petersburg and the Salzburg Festival.
Honeck has received honorary doctorates from St. Vincent College in Latrobe, Pennsylvania and, most recently, from Carnegie Mellon University in Pittsburgh. Moreover, he has been artistic director of the "International Concerts Wolfegg" in Germany for more than 20 years.