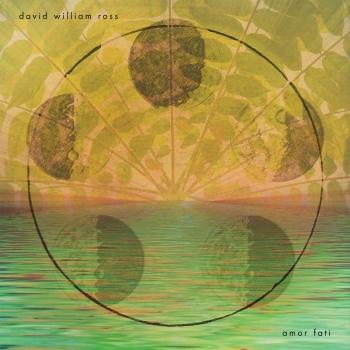 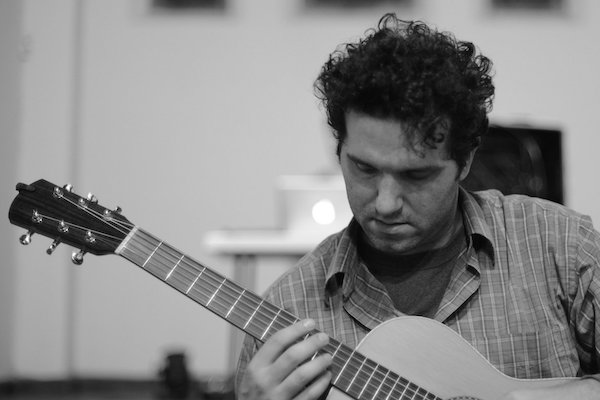 David William Ross
has performed throughout the United States and in Europe. Trained in both classical and jazz, he works across genres and brings a unique musical sensibility to his approach to the guitar. David frequently works closely with composers and other artists as well as dancers and choreographers. He has written music extensively for dance and other performance arts, creating music that is organic and piece specific. He has premiered much of his own work with dancers in venues such as The Patterson Theatre in Baltimore and the American Repertory Theater in Cambridge. His most recent commercial release for PARMA was released in January, 2017, a collection of the solo guitar works of Swiss composer Georges Raillard. David has also taught music theory, ear training, guitar, improvisation, and general art aesthetics, serving on the faculties of Fitchburg State University, Keene State College, The Vermont Jazz Center, Elm City Music, and the Concord Community Music School.
Classically trained and deeply versed in jazz improvisation DWR infuses all of his performances with a nuanced, detailed, and complex musicianship. He has performed throughout the USA from LA to Boston and regularly gives concerts as both a classical and as a jazz player in combos, chamber groups, and solo. As an advocate of new music and genre stretching, DWR is a frequent collaborator with composers and song-writers as well as dancers, choreographers, and visual artists. He has written and performed his own work for several dance companies including Dilettante Dance and IBIT, premiering work in venues from Baltimore's Patterson Theater to Cambridge's American Repertory Theater, to Brattleboro's Latchis Theater.
DWR's compositional work often explores the temporal dimension of music and challenges the listener's concept and perception of linearity and narrative. He has written for a variety of instrumentations and in many styles often mixing genres and pushing musicians to expand their sensibilities beyond stylistic conventions. Improvisation, aleatory, and graphic notation play a role alongside conventional writing, all of which stretch the performers and listeners alike to hear the music as it is, without a preconception or bias with regard to style.
DWR's work has led to an extensive working knowledge of the recording studio. As a means to capture and present music but also as an artistic tool in it's own right, DWR uses the studio to engineer and produce sessions for his own music as well as for others. He crafts organic and original recordings that elucidate the creative motive of the artist and present the artist's work with clarity and brilliance. He records in his own studio as well as on site to capture the sound of interesting and unique sonic spaces that offer acoustically distinct sounds.
DWR received degrees in guitar performance, music theory, and composition from Keene State College where he studied with guitarist/composer José Lezcano. He then earned degrees from the Peabody Conservatory of Johns Hopkins where he served as teaching assistant to the renowned guitar program studying under the tutelage of Julian Gray. DWR later went on to study at the Thornton School of the University of Southern California where he studied guitar with Scott Tennant and composition with Chris Rozé. His jazz studies were with Draa Hobbs and Paul Bollenback; lute studies with Mark Cudek. Frequent lessons with Pépe Romero and Manuel Barrueco while at the Thornton School and Peabody, respectively.
David currently serves on the faculty of Fitchburg State University, the Concord Community Music School, and Elm City Music. He teaches music theory, ear-training, music history, art aesthetics, guitar, and improvisation. He has also taught courses at Keene State College and the Vermont Jazz Center. In addition, David does recording work for PARMA Recordings and works as a session/studio player specializing in new music and improvisation performing on nylon, steel-string, and electric guitars in both chamber/combo and solo settings.