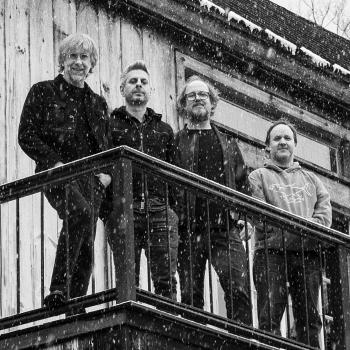 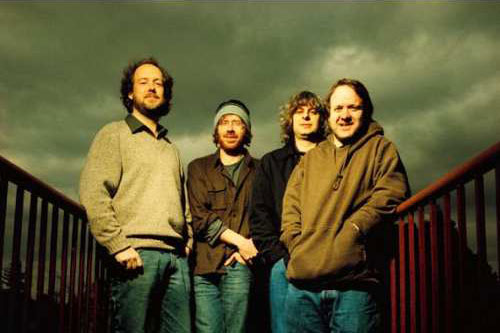 During the early '90s, Phish emerged as heirs to the Grateful Dead's throne. Although their music was somewhat similar to the Dead's sound -- an eclectic, free-form rock & roll encompassing elements of folk, jazz, country, bluegrass, and pop -- the group adhered more to jazz-derived improvisation than folk tradition. Moreover, they sported a looser, goofier attitude; after all, their drummer regularly played a vacuum during their concerts. However, Phish's main claim as the inheritors to the Dead's legacy was their approach to their musical career. The band didn't concentrate on albums, dedicating themselves instead to live improvisation. Within a few years of their 1988 debut, Phish had become an institution in certain sections of America, particularly college campuses and other liberal locales. While their in-concert popularity didn't necessarily translate to huge record sales (their biggest-selling albums usually halted at gold status, with the notable exceptions of Junta and A Live One), Phish's members were still the de facto leaders of the neo-hippie jam band movement.
Guitarist/vocalist Trey Anastasio, drummer Jon Fishman, and guitarist Jeff Holdsworth formed the band in late 1983 while attending the University of Vermont. After meeting and jamming in their dormitory, the trio posted flyers across campus to recruit a bassist. Mike Gordon answered the advertisement and he was soon added to the original lineup. Phish began practicing regularly and soon assembled a demo tape; by the fall of 1984, they'd also begun performing off-campus concerts. At this stage in their career, the band was augmented by percussionist Marc Daubert and, occasionally, a vocalist called the Dude of Life. Keyboardist Page McConnell soon joined the group, too, having previously booked Phish to play Goddard College's Springfest in 1985. Shortly after McConnell's arrival, Holdsworth left the group, and both Anastasio and Fishman transferred to Goddard College during the fall of 1986.
Early in 1988, Phish recorded the debut album Junta, which they sold as a cassette-only release at local shows. The group played their first tour outside of New England the following year, traveling through the Southeast. Phish also recorded another album, Lawn Boy, in 1989, although the album wasn't released until the fall of 1990 (when it was issued by the independent label Absolute A-Go-Go, a subsidiary of Rough Trade). Throughout early 1991, Phish toured America; during the summer, they recorded their third album, as well as a set of sessions with their old friend, the Dude of Life.