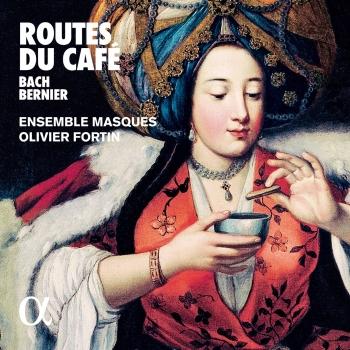 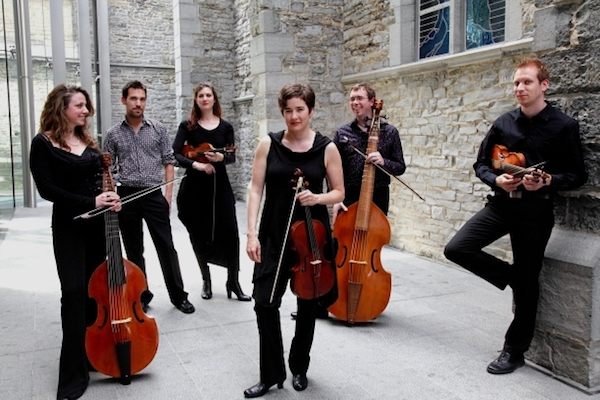 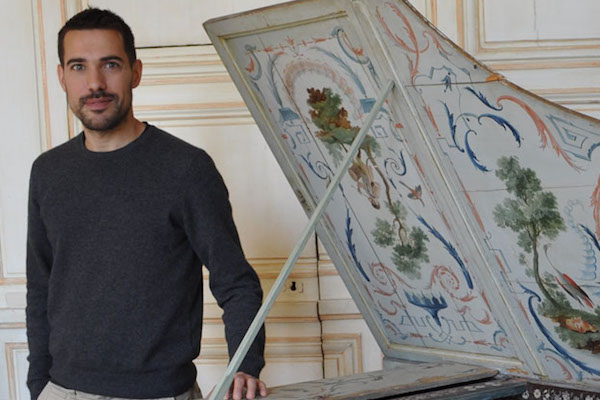 Ensemble Masques
Renowned as much for their expressiveness and vitality as for their integrity and precision, Masques is an ensemble which fully embodies the dynamic spirit of the Baroque. The name of the group is inspired by the masques of Elizabethan England — dramatic entertainments that incorporated music, dance and poetry. The six members of Masques each have impressive individual careers, with a collective résumé that encompasses a prestigious roster of international early music ensembles. When they come together, their combined breadth of experience is felt in an uncommon interpretive depth, bound together by an equally uncommon chemistry which continues to mesmerize audiences and critics alike. “One is struck by the perfect balance between the musicians, by the osmosis in the slightest nuances of the rubato, in the quantity of hair applied to the string…” – Classica
A chamber group without conductor, Masques benefits from the creative involvement of each member. Their shared curiosity has lead them, and their audiences, along an ever-evolving path of discovery. From their deep immersion into the fascinating world of 17th century German music, to the unveiling of Telemann’s universalism, humour and humanism, to their interest in the initiatory journey of “The Grand Tour,” Masques’ artistic choices are underpinned by the same appetite for trade, blending, borrowing and mixing that was the very breath of the Baroque era itself. It is a spirit reflected in the diverse nationalities of Masques’ musicians, who hail from Australia, Belgium, Canada, Finland and France — and through their playing, made new.
Masques’s concert schedule has taken them to Germany, Italy, France, Portugal, Spain, Poland and Austria; to The Netherlands at Amsterdam’s Musiekgebouw and Utrecht’s renowned Early Music Festival; to Belgium at Brussels’ Bozar, Antwerp’s AMUZ and Gent’s Bijloke. They have also appeared in most major centres in Canada and the United States, including New York, Toronto, Montreal, Vancouver and Los Angeles. Upcoming projects include concerts as part of the Folles Journées en région, in Nantes & Tokyo, the Cité de la Voix in Vézelay, the Festival de Saintes, the Heidelberger Frühling, the Festival de Wallonie and a tour of the United Kingdom & Finland.
An exclusive artist for the ALPHA label, their discs dedicated to17th century Austrian composers Johann Heinrich Schmelzer and the almost unknown Romanus Weichlein have enjoyed unanimous critical praise, between them receiving the Diapason d’Or, the “ffff” Telerama, the two “Chocs” de Classica and Gramophone Magazine’s “Editor’s Choice” award. Most recently, they have celebrated the music of Georg Philipp Telemann with an acclaimed recording of his Theatrical Overture-Suites, in honour of the 250th anniversary of the composer’s death in 1767. Other critically acclaimed albums have been recorded on the ATMA, Dorian and Analekta labels. Two forthcoming recording projects for ALPHA are slated for release in 2019.
Olivier Fortin
graduated with distinction from the Québec Conservatory in 1995. He continued his training with Dom André Laberge, obtained a Master Degree from University of Montreal under the direction of Réjean Poirier, and received several scholarships for studies in Paris with Pierre Hantai and in Amsterdam with Bob van Asperen. In 1997 he was awarded top prizes at the Montreal Bach Competition and the Bruges Festival. Olivier Fortin is in demand as a soloist and chamber musician, touring and recording throughout Europe, China and South Korea, the United States and Canada with Masques, Capriccio Stravagante and Tafelmusik. He also performs with Skip Sempé and Pierre Hantaï in programs of music for two and three harpsichords. Olivier Fortin is the founder and director of the Ensemble Masques. From 2004-08 he taught harpsichord and chamber music at the Conservatoire de Musique de Québec, and he currently teaches at the Tafelmusik Summer Institute in Toronto.