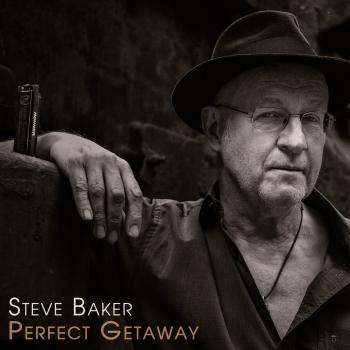 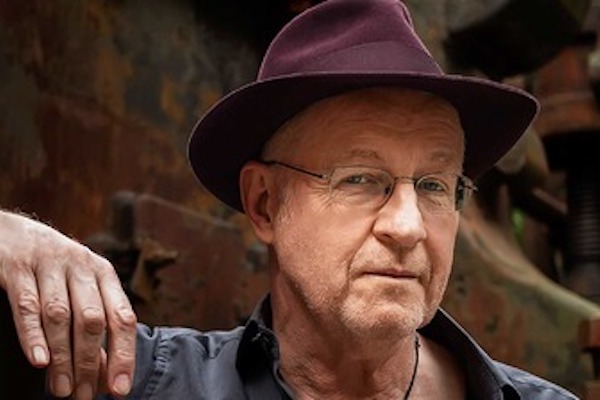 Steve Baker
Long term, few musicians succeed in making a living from the harmonica. Even fewer have been able to play such an influential role in the development of their instrument as Steve Baker has done during the past four decades. He has influenced a generation of younger players and is often regarded as one of those musicians who have revitalized the instrument in Europe, and as one of its leading exponents worldwide.
Born and raised in London, England, he now lives near Hamburg, Germany and has been a full time professional since 1975. Steve has developed an instantly recognizable and highly musical style which is both expressive and lyrical, charactierized by his subtle, rhythmically accented phrasing. His unique sound draws on the blues harmonica tradition and combines it with elements from country, folk, funk, soul and jazz to create an exciting and individual fusion, with an emotional intensity which finds its way straight to the hearts of his listeners.
"When Steve Baker plays, I listen! He is my favorite European harp player and one of the most powerful and moving melodic players that I have ever heard, with tone to boot. He can lay it out sweet and serene or vicious and nasty, always keeping me on the edge of my seat, deeply enthralled by the creativity of his music." Joe Filisko
Ever since 1990, Steve Baker has appeared regularly with German blues legend Abi Wallenstein, with whom he has released a total of six CDs. Until the latter's untimely death in autumn 2005, Steve performed and recorded as a duo with guitarist/songwriter extraordinaire Chris Jones. Jones and Baker released four critically acclaimed CDs together on Acoustic Music Records and toured in Australia, Poland, Russia and the USA as well as in western Europe.
In 2011 Steve began a collaboration with Canadian guitar wizard, composer and singer Dave Goodman. Their first CD together, "The Wine Dark Sea", came out in September 2012, also on Acoustic Music Records. With drummer Oliver Spanuth, they released the live CD "Bielefeld Bootleg" in summer 2016 on Blind Lemon Records.
Steve has made hundreds of recordings as a studio musician and can be heard on a wide variety of CD, film and TV productions ranging from commercial pop and country to contemporary R&B. Since 1987 he has worked as a consultant for the worldwide leader in harmonica manufacture, HOHNER and was closely involved in the revival of the legendary Marine Band series through the development of several successful new models, including the Marine Bands Deluxe, Crossover and Thunderbird, restoring the status of this benchmark instrument as a flagship brand.
A highly regarded author of harmonica literature, Steve has written a number of instructional books. "The Harp Handbook" (Music Sales), first published in 1990 and now in its 4th edition, is still considered the standard work on the diatonic harp and has been referred to as the "harmonica player's bible". Between 2000 and 2007 he published a three volume series "Blues Harmonica Playalongs", composing and recording a total of 34 harmonica instrumentals in a wide range of blues and related styles. He also wrote the successful beginners' book/CD package "Step By Step", which has appeared in a total of five languages.
Alongside these activities, Steve presents regular HOHNER Blues Harp Workshops in music stores and is one of the most active figures in harmonica education in Europe. He has been closely involved in the organisation of the World Harmonica Festival in Trossingen from its inception in 1989 until the present day. In 2003 he initiated the Harmonica Masters Workshops in Trossingen, home of the HOHNER production facilities in Germany. Steve is musical director and also teaches a class at this event, which is still going strong in 2018. It has come to be regarded as the premier educational event for blues harmonica and beyond in Europe, with a staff of world renowned instructors including Joe Filisko and David Barrett.
In 2009 Steve founded the European Music Workshops together with former French journalist Robert Koch. Held in the idyllic La Maison du Kleebach near Munster in Alsace, this event offers a unique musical holiday in a delightful location with a magical vibe and features classes for harmonica, guitar, percussion and vocals.
The CD Alexis Korner, Tony Sheridan & Steve Baker at RIAS (2016, Rockstar Records ACD 12510) is a historic live recording from 1981 which documents the sole encounter between these two spiritual fathers of European blues.
After a 40 year career as a sideman, Steve releases his first solo album in February 2018. Perfect Getaway (Timezone Records, TZ1473) shows the harmonica ace in a new role as singer, songwriter and arranger, accompanied by a great band with Kai Strauss (guitar), Gaz (bass), Alex Lex (drums) and Chris Rannenberg (piano). The album features 14 original tunes ranging from singer/songwriter, blues, country, gospel and rock’n’roll to crunching rock and provides a convincing demonstration of his willingness to explore new directions. He will be bringing the songs to live audiences from early 2018 onwards.
Few musicians can claim to have lived from and with the harmonica for the last 40 years; even fewer have had such a formative influence on the development of their instrument, or played such a significant role in defining how it is taught. Steve Baker is definitely one of them.