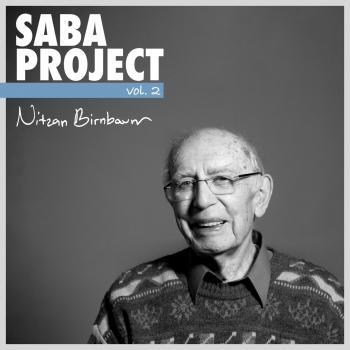 Nitzan Birnbaum
a 21 year-old Israeli drummer, composer and singer-songwriter, began his relationship with music at the age of 6. A graduate of the Jazz Department at Thelma Yellin high school of Arts.
At age 17, he received a full scholarship to the prestigious Berklee College of Music summer program, “The Workshop” in Boston and also won a full scholarship there for his bachelor's degree which he chose to give up for the IDF service. Nitzan served as an "outstanding musician" and preformed hundreds of times before military and civilian audiences.
At the age of 19 (while still a soldier), Nitzan received a "Merit Excellent” Scholarship from the AICF: America-Israel-Cultural-Foundation. In addition, he won first place in the Rimon School of Music competition – “Jazz Player of the Year", where he studied in the "Jazz Institute" honors course under the direction of Ronen Shmueli.
These days, as a citizen, he once again won a full scholarship to complete his undergraduate studies at Berklee which he plans to attend starting Fall 2020. Nitzan currently plays on Israeli and international stages in various projects. He is a regular member of Anat Fort's Israeli trio and Abata Barihun's “Addis Ken” project celebrating Ethiopian music.
Despite Nitzan's young age, he was able to collaborate with many international and Israeli artists including Eli Degibri, Shai Maestro, Daniel Zamir, Matan Chapnitzky, Gilad Dobrecki, Matan Klein, Mordy Ferber, Yemen Blues, Amos Hoffman and more. In the field of Israeli pop music, Nitzan has performed with Aric Sinai, Alon Eder, Corin Alal, Efrat Gosh, Dan Toren, Daniel Solomon, Hemi Rudner, Rami Kleinstein, Yishai Ribo and with his mother-musician Israeli soul singer Bat Ella. Nitzan is currently publishing his first album SabaProject and in the coming months he will release a solo album as a singer-songwriter.