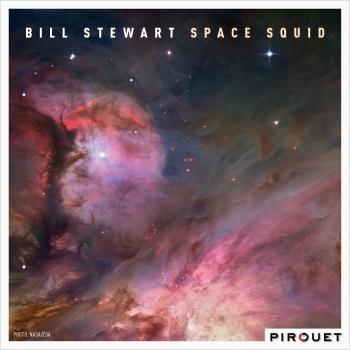 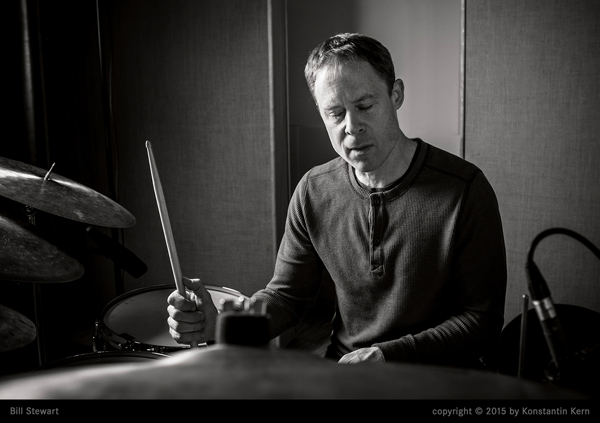 Bill Stewart
William Harris “Bill” Stewart was born on October 18, 1966 in Des Moines, Iowa. Bill Stewart’s father was a trombonist and a big fan of Bill Harris, an acclaimed jazz trombonist from the 1940s and 1950s jazz scene. His love for Bill Harris’ work was such that he named Bill Stewart after him, as a tribute.
Bill Stewart’s first exposure to music came from listening to his parents’ collection of jazz and rhythm and blues (R&B) records. Listening to records was the most effective way of getting exposed to different styles of music, since Iowa was a relatively isolated state. Live jazz concerts, for instance, were very rare in that area of the United States.
Bill Stewart began playing drums at the age of 7. He taught himself how to play drums by playing along to records at his house. Therefore, Bill Stewart didn’t get the most traditional of drumming educations in jazz. In fact, Bill Stewart learned jazz drumming using matched grip, a grip that’s mostly associated with rock drumming and the one he prefers using till this day. Drum lessons, drum books, and drum rudiments was something he would get into later on.
Bill Stewart continued developing his drumming skills in high school by performing in its orchestra and in a top 40 cover band. He also furthered his studies in jazz by going to the Stanford Jazz Workshop in California, a summer music camp where he was lucky enough to meet jazz legend Dizzy Gillespie.
After successfully graduating from high school, Bill Stewart enrolled at the University of Northern Iowa in Cedar Falls, Iowa. There, Bill Stewart played in the orchestra and in the jazz and marching bands. Bill Stewart wound up transferring to the William Paterson University in New Jersey, where he enrolled in its Jazz Studies and Performance program. During his stint there, Bill Stewart performed in ensembles directed by Rufus Reid, took composition lessons from Dave Samuels, and studied drums under Eliot Zigmund and Horacee Arnold. John Riley and Ed Blackwell – legendary jazz drummers – gave him some drum lessons in college as well, when subbing for Eliot Zigmund. Joe Lovano was another musician that subbed for Eliot Zigmund. He would latter join Bill Stewart in many of his musical endeavors.
Bill Stewart made his recording debut in 1987, while still in college, by contributing drums for Scott Kreitzer’s Kick’n Off. However, the album would only see the light of day in 1992. After graduating in 1988, Bill Stewart moved to Brooklyn, New York. He began establishing his reputation as a musician by appearing regularly at jam sessions that took place in New York. Word of mouth and his constant performances at jazz clubs helped him secure his first gigs, which were with pianist Larry Goldings and guitarist Peter Bernstein. At one of their regular concerts at Augie’s Club in Manhattan, Bill Stewart was invited by former James Brown and Parliament-Funkadelic saxophonist Maceo Parker, who was at attendance, to take part in the recording sessions for his album Roots Revisited (1991).
Shortly thereafter, Bill Stewart was invited to join John Scofield’s quartet, with saxophonist Joe Lovano and either Dennis Irwin or Marc Johnson on the double bass. This was one of Bill Stewart’s first regularly touring bands. After that band, Bill Stewart wound up performing for various other bands John Scofield put together.