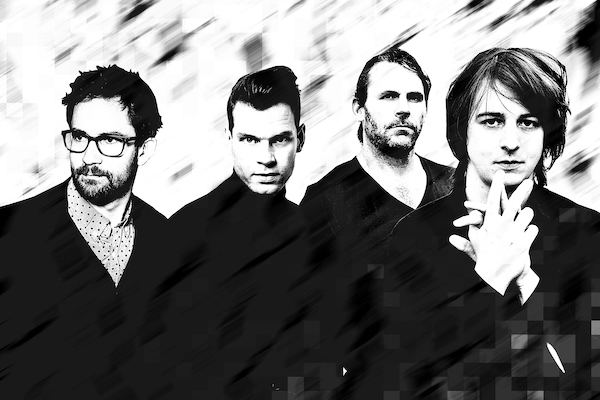 Michael Wollny
Since Michael Wollny released his ACT debut album “call it [em]” in January 2005, the critics have been raving about the young pianist: “Young enough to not have to drag around the burden of jazz history with him and alert enough to re-discover something old everyday,” wrote the Zeit newspaper. Eleven albums later and Wollny is today regarded as “Germany’s greatest (jazz) musician personality since Albert Mangelsdorff” (Hamburger Abendblatt). Wollny, born in 1978 in Schweinfurt, currently residing in Frankfurt / Main began improvising when he was only 5 years-old when he had his first piano and violin lessons which also included classical music studies. He finally discovered jazz when he heard Keith Jarrett’s “Köln Concert” and went to Würzburg to study with Chris Beier. In 2007 Michael Wollny proved that he is one of the most notable international pianists with his solo album “Hexentanz” which was named CD of the year in France. In 2009, together with German piano legend Joachim Kühn, he was responsible for one of the finest hours of piano music, full of intensity (“Live at Schloss Elmau”). With saxophonist Heinz Sauer, Wollny recorded two duo albums, also award-winning: “Certain Beauty” and “Melancholia”. With his 2009 album “Wunderkammer“ which featured a celesta, harmonium, Fender Rhodes and concert grand as the sound spectrum, Wollny proved that he is not only a pianist who is good for creating surprises but also someone who is always keen to redefine his music both soundwise as well as compositionally. Together with the Israeli harpsichordist Tamar Halperin, Wollny searched for the unheard of and, in 2010, he won the ECHO Jazz award as “Best Pianist National”. In the autumn of the same year, he released the fourth album of his trio “[em] Live at JazzBaltica“ with Eva Kruse and Eric Schaefer. Great Britain’s renowned critic Stuart Nicholson called the recording, “probably the best jazz album of the past 25 years” (Jazzwise) whilst in Germany the trio was named the best German ensemble (ECHO Jazz 2011). Wollny’s most recent album with his trio [em] is called “Wasted & Wanted“. The recording unites for the first time all aspects of his complex personality as a musician – from intricate and complex arrangements and the pianist expression of “Hexentanz” to the mystic-magical mood of “Wunderkammer” and rock influences. Powerful, modern, emotional, intelligent, virtuoso, energetic, open in all directions yet, at the same time, fully independent – Wollny offers a convincing answer to the question regarding the future of German jazz.