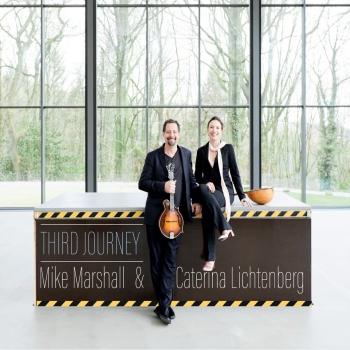 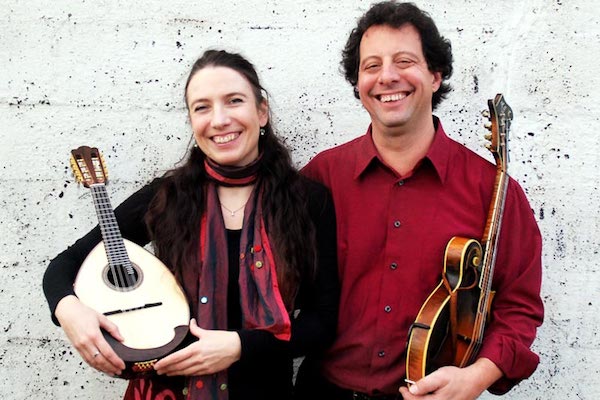 Mike Marshall & Caterina Lichtenberg
Two of the leading American mandolin players, Mike Marshall and Caterina Lichtenberg, reconnect again for the third time. Third Journey contains a set of superb mandolin duos showcasing the virtuosity of both musicians. The music is inspired by bluegrass and other forms of American traditional music, along with Brazilian sounds, Bach and jazz-infused improvisation.
Mike Marshall and Caterina Lichtenberg met in 2007 at the Mandolin Symposium in Santa Cruz, California. Although they had heard about each other, had each other’s albums and respected each other’s playing, they had not met formally. The duo’s first collaborations was titled Mike Marshall & Caterina Lichtenberg (Adventure Music, 2018) with a focus on Bach, Brazilian music, Bulgarian traditions and bluegrass music. The second album, JS Bach (Adventure Music (2015) was dedicated to their favorite composer Johann Sebastian Bach.