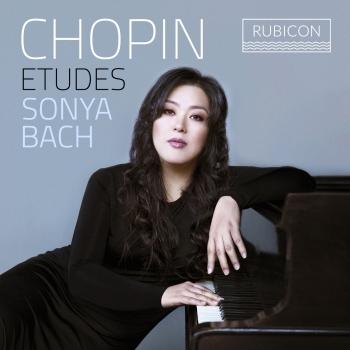 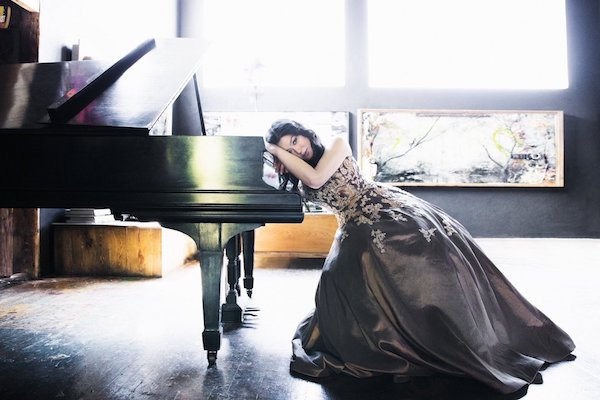 Sonya Bach
feels particularly honoured to have been invited to appear in a recital promoted by the Catalunya Government for the victims and survivors of Ravensbruck Women's Concentration Camp and to be featured as the first classical musician to perform at the newly inaugurated Community Theatre and Arts Centre in Dubai, UAE under the patronage of HH Sheikh Ahmed bin Saeed Al-Maktoum. ﻿ In 2012, Ms. Bach has performed to commemorate the 50 Years Diplomatic Relations between Korea and Switzerland at the Swiss Residence in Seoul, Korea.
As a devoted performer of rarely performed repertoire, Ms. Bach made the Korean premiere of Turina's Rapsodia Sinfonica with the Seoul National Symphony Orchestra.
Recently Sonya has successfully toured Korea once again with the SNO featuring Tchaikovsky Piano Concerto No. 1.
Sonya Bach started playing the piano at the tender age of three, gave first public concert at age five and orchestra debut at age nine with the Seoul Symphony Orchestra in her native country. She received musical educations on full scholarships at the Juilliard School in New York and Accademia Pianistica “Incontri col Maestro” in Italy where she has been the youngest pupil of the late Lazar Berman.
A protégé of the late Alicia de Larrocha, she has earned Master in Spanish Music at the Academia Marshall in Barcelona, Spain.
Miss Bach is the recipient of the 1996 Gina Bachauer Memorial Award. As the youngest participant she has captured the Special Prize at the 12th Viotti-Valsesia International Music Competition in Italy, and top prizes at the St. Charles International Piano Competition in the U.S. and the ECO International Music Contest in Italy. Latest triumphant was the 1st Eugen d'Albert International Music Competition held in November 2012 in Lugano, Switzerland where she won the First and Grand Prize unanimously as well as the Eugen d'Albert Interpretation Award.
The English Chamber Orchestra
is the most recorded chamber orchestra in the world, its discography containing 860 recordings of over 1,500 works by more than 400 composers.
The ECO has also performed in more countries than any other orchestra, and played with many of the world’s greatest musicians. The American radio network CPRN has selected ECO as one of the world’s greatest ‘living’ orchestras. The illustrious history of the orchestra features many major musical figures. Benjamin Britten was the orchestra’s first Patron and a significant musical influence.
The ECO’s long relationship with Daniel Barenboim led to an acclaimed complete cycle of Mozart piano concertos as live performances and recordings, followed later by two further recordings of the complete cycle, with Murray Perahia and Mitsuko Uchida.
Recent tours have included the USA, Bermuda, China, Finland, France, Greece, Slovenia and Austria (culminating in a concert at Vienna’s Musikverein) as well as concerts across the UK and at London’s Royal Festival Hall, Queen Elizabeth Hall, Kings Place and Cadogan Hall.
The Orchestra has been chosen to record many successful film soundtracks including Dario Marianelli’s prizewinning scores for Atonement and Pride and Prejudice, and several James Bond soundtracks, and has taken part in a variety of other film and television projects.
The ECO is proud of its outreach programme, Close Encounters, which is run by the musicians in the orchestra and takes music into many settings within communities and schools around the UK and abroad.