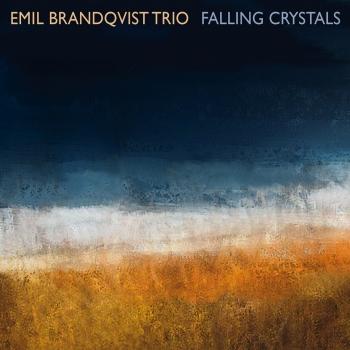 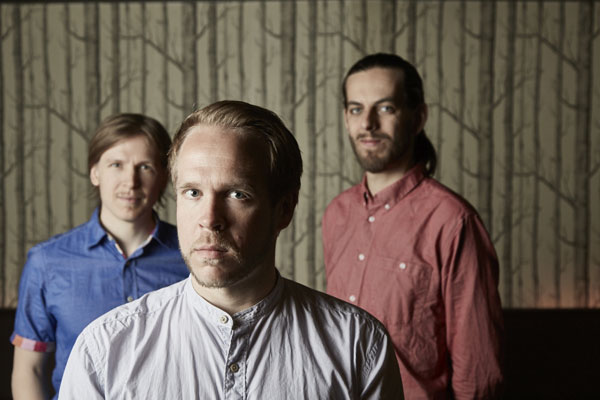 Emil Brandqvist Trio
The reactions to Emil Brandqvist?s debut album with SKIP in 2013, ?Breathe Out? (SKP 9115), were nothing less than enthusiastic. The recording together with the Sjöströmska String Quartet not only clocked in as CD of the Week at radio broadcasters WDR3 and HR Mikado, it was the Audio Tip for STEREOPLAY magazine. The German periodical Jazzthetik attested to ?an intriguing alternative draft to the general view of what a drummer does.? As for festival and club appearances, though there weren?t many last year he cast a spell that left audiences in a rapt, attentive and even euphoric mood.
One could say that this drummer and composer from Göteborg, Sweden is more an audiophonic painter than ?the guy who sets the beat’. Fearless and persuasively convincing, he has the courage to put the melody first, to live out his folkloric influences from the far north and his penchant for quiet drum-playing. The trio?s line-up equally comprised of Tuomas Turunen, pianist and composer from Finland, and bass-player Max Thornberg from Stockholm, provides copious support. Turunen is a discovery all by himself: Inclined toward the classic vein, his playing is at times cheerfully bubbly, other times reserved, with dabs and dashes. A pianist who knows how to set distinctive accents. Following ?Breathe Out? with its string quartet arrangements, on ?Seascapes? (SKP 9128) Emil Brandqvist has now turned to winds & horns. In his inimitable way he manages to create an atmosphere ranging between levity (for instance on the track ?Silloin lennän? by Turunen), melancholy (on ?Vals?, the opener), spontaneous surprise and magic moments. The album also features Johan Asplund / flugelhorn, Martin Brandqvist / flutes, clarinet and bass clarinet, and Nils Börén / clarinet, all of whom strive to add to ?the big picture’ without soloist allures. The final touches on ?Seascapes? came from Stefano Amerio at the studio ARTE SUONO in Udine, Italy, a world-class audio engineer who most recently put the ?spit & polish’ on a number of albums for ECM, not to mention the last four Tingvall Trio productions for SKIP.
This time the CD is predominantly presented as a trio. For Emil Brandqvist, it’s tracks like ?Vals? that come closest to his ideal of lyrical pieces playfully wrought for a trio. ?Skog? (?the forest’) describes a feel-your-way stroll, the magical ?Du haller min hand? the balance between the tension and happiness of a jaunt to the big city with his child. Encounters with ?Bobergs udde? and ?Grimsholmen?, places where Brandqvist spends the summer, along with thoughts given to ?Den sista isbjörnen? (?the last polar bear’) belong to the widely varying points for listeners to enter the world of Emil Brandqvist. German magazine STERN: “Magical music: weightless melodies…a blend of film score in wide-screen format and chamber play, sweet melancholy…thoughts on love, homesickness and yearning – 5 Stars, Highest Rating.”